It's unemployment Round 2 for some Florida bartenders

The state requires people to file a "reopen claim application" in the unemployment system if their original claim became inactive. 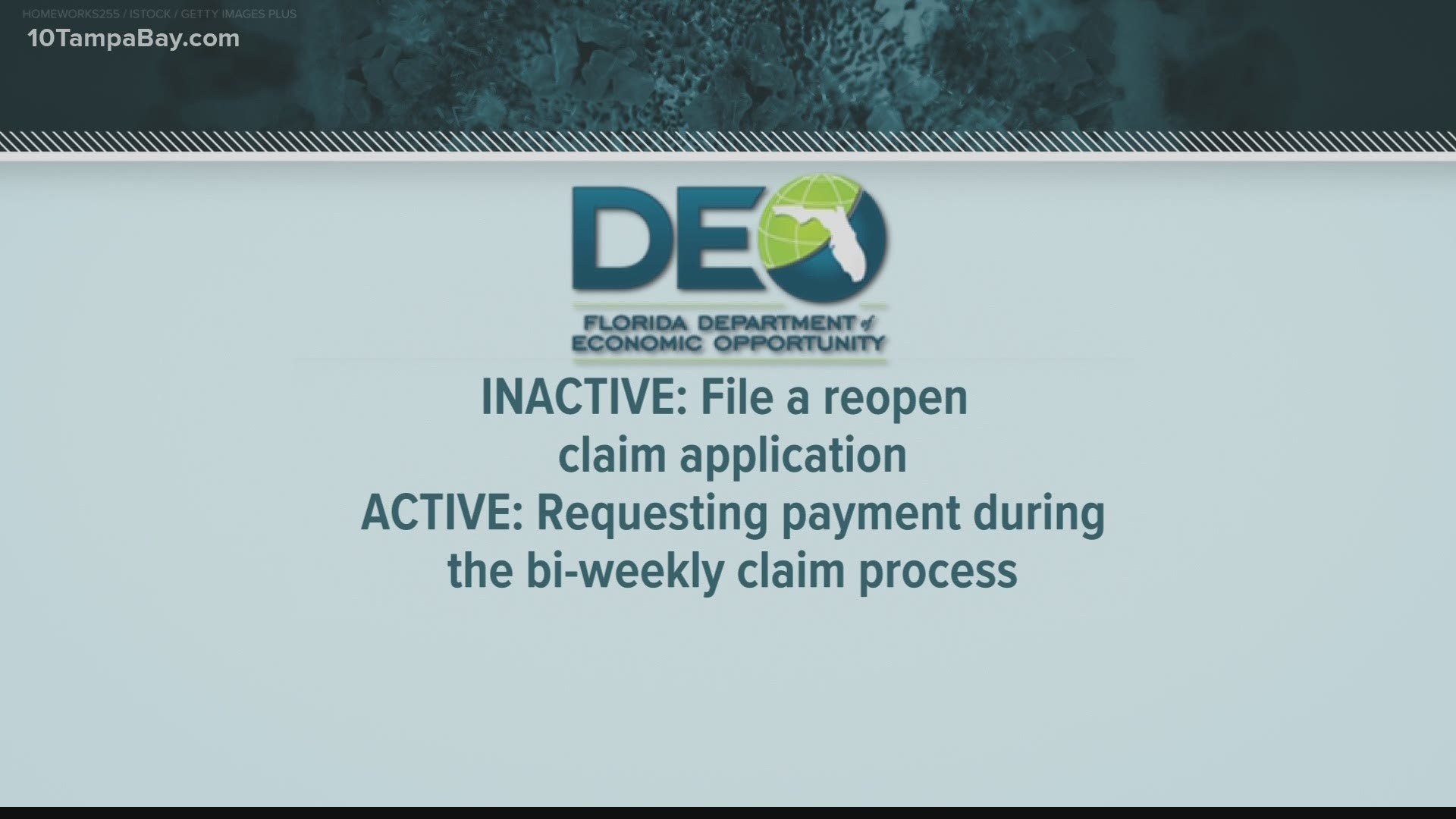 TALLAHASSEE, Fla. — One week ago, Florida Gov. Ron DeSantis announced the immediate suspension of drinking alcohol at bars as COVID-19 cases continued to surge throughout the state.

All establishments that derive more than 50 percent of gross revenue from the sales of alcoholic beverages were ordered to stop such sales for consumption on the premises but they could continue to sell alcoholic beverages in sealed containers for pick-up.

The order left some bartenders out of work again including Tim Biondollo, a bartender in Treasure Island.

Biondollo has been sharing his story with 10 Tampa Bay since April. He first applied for unemployment benefits in March. He said it took him weeks before he ever received a penny.

As of the time of this article, Biondollo said he still hasn't received any state unemployment benefits and only five federal unemployment checks out of the 10 he believes he's eligible for.

"I'm just at a loss, I have no idea what to do to get that money anymore," Biondollo said.

A spokesperson with the Department of Economic Opportunity said she would look into Biondollo's claim.

Now the restaurant Biondollo works at is closing again because of the pandemic, leaving him without a paycheck again.

"I'm still waiting on a lot of money from unemployment that would really help right now," he said.

Filing for more benefits through Florida's unemployment system might be Biondollo's only choice.

The Department of Economic Opportunity requires people who are seeking benefits for the second time after recently returning to work to report their updated unemployment status to the Department and begin requesting benefit payments.

"If a claimant needs assistance completing either of these processes, contact the Reemployment assistance customer service center at 1-833-FL-Apply."

There are some groups out there looking to help those in the restaurant business suffering because of the global pandemic.

The Restaurant Opportunities Centers (ROC) United is a nonprofit organization fighting to improve wages and working conditions for the nation’s restaurant workforce. In March, in the wake of the sudden closures of bars and restaurants, ROC's Pandemic Response Fund raised more than $1 million.

The fund has served as a lifeline to more than 5,000 restaurant workers and their families affected by the pandemic, however, they don't have a Florida chapter.

“The Restaurant Opportunities Centers (ROC) United is pushing for the expansion and extension of unemployment insurance across the country, especially in Florida where there are workers who are still waiting for their UI and now that the coronavirus cases in the state are rising. Extension would prolong the additional $600 stimulus per week and expansion would include undocumented workers and those who have been carved out because of restrictive requirements,” said Anthony Advincula, a public affairs officer with ROC.

The Florida DEO will process claims and payments through the July 4 weekend. CONNECT will be available from 8 a.m. to 7:59 p.m. on Friday, July 3, and Sunday, July 5, but unavailable to claimants on Saturday, July 4.