US professor at the epicenter of coronavirus outbreak: 'Don’t panic'

Stephen McClure is an instructor at Wuhan University in China and spent the past month confined to his apartment to avoid infection. 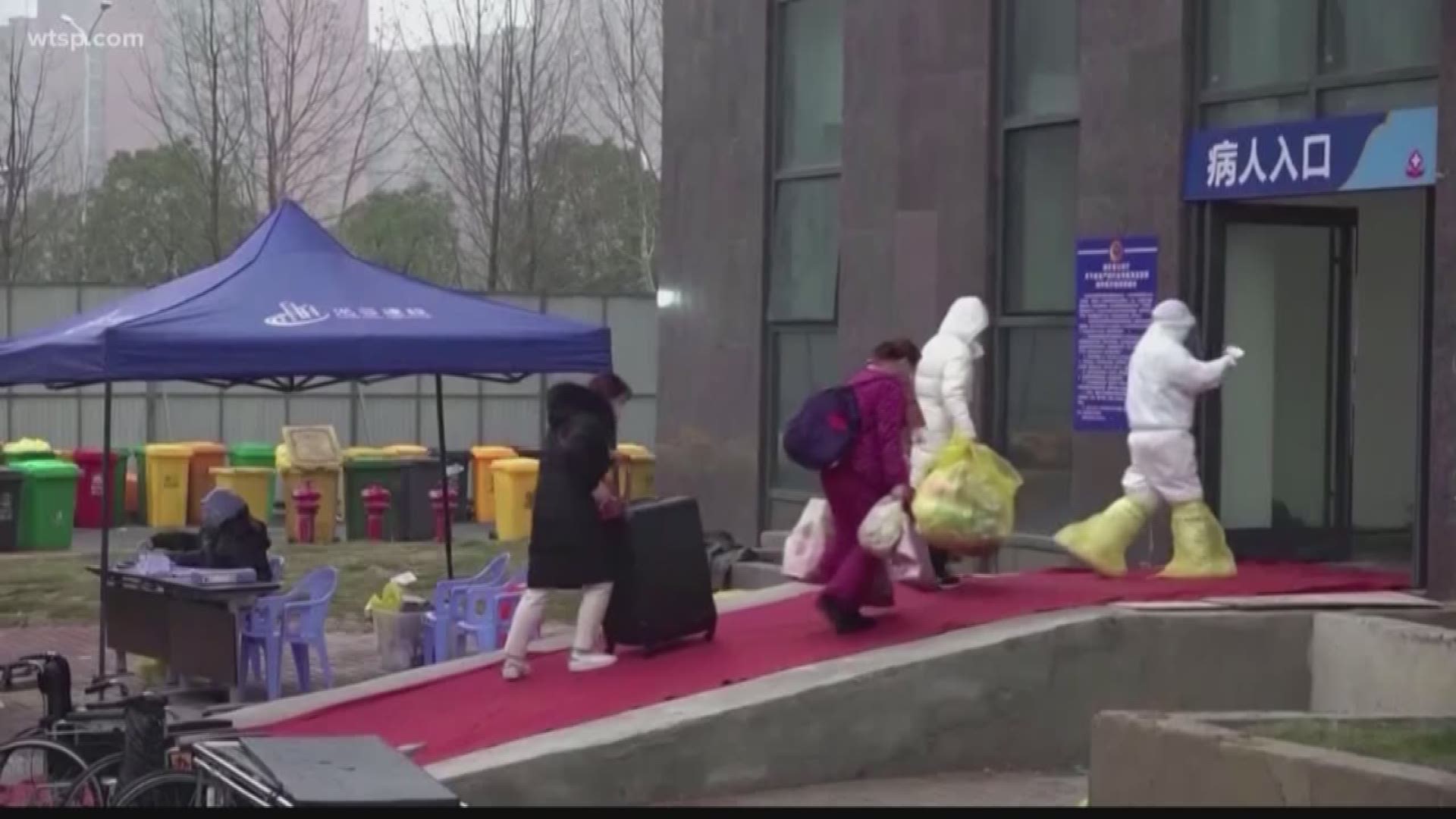 TAMPA, Fla. — As Florida starts seeing its first suspected cases of coronavirus, an American professor living at the epicenter of where the virus first spread is urging those here in the states not to panic.

Stephen McClure is an instructor at Wuhan University in China and has spent the past month confined to his apartment to avoid infection.

Looking down from his high rise apartment near Wuhan University, the city of around 11 million would normally be bustling with people and traffic.   Now there’s hardly a person in sight.

“It was almost immediate after the quarantine started,” said McClure.  “We were told to stay home and all businesses closed down, there were no restaurants open the streets were empty.”

RELATED: Coronavirus: Answering the top 10 questions people have been Googling

For the past 5 weeks, McClure has spent almost all of his time inside his tiny apartment.  At first, people were allowed to go out for essentials, but now, even that is highly discouraged.

Instead, he and his neighbors have food delivered to their apartment community loading dock through group purchases on-line.

“There’s a drop-off point where delivery people make the drop-off,” said McClure.  “They put it into a box, they spray it with disinfectant and then we pick it up from the other side.”

But McClure says even those deliveries, with no face to face interaction, seem risky.  There have been two infections in his building alone.

RELATED: Florida governor calls for public health emergency on coronavirus: What does that mean?

“If you touch the surfaces people are delivering things and people’s hands pick up the viruses,” said McClure.  “Then you pick up the boxes without having gloves on without sanitizing it, it might spread.”

And while all this might sound like a scene out of a Hollywood horror film, McClure says while he is being careful he is not overly concerned.

“Most of the people who get it are not that sick.  It’s like getting a cold, except there’s a lot of people getting bad colds and 30-thousand people sick.

The good news, it appears for now new cases in Wuhan are on the decline.

Even so, he expects to be stuck in his apartment for at least another two weeks.

“It starts to take its toll,” said McClure. “No human contact is difficult for people.  You don’t realize how many little interactions you have in a day.  That’s all completely gone.  The only interaction I have with people is on the internet and telephone calls.”

Now he’s watching as the virus spreads far beyond China, and is paying special attention to what happens back home in the U.S.

He suspects the arrival of Coronavirus in the U.S. will look nothing like what’s happening in China because the United States has a lower population density in most areas and has had more time to prepare.

“Here in Wuhan, because we’ve made so many dramatic moves to control the virus, we’ve given you time to be able to prepare for it.”

Gov. Ron DeSantis is scheduled to hold a news conference at 10:30 a.m. Monday with the latest on the situation in Florida.

RELATED: COVID-19: What you need to know about this coronavirus outbreak

RELATED: Coronavirus scare has some calling for empty arenas at March Madness