Vaccine without FDA approval could be our strongest weapon against COVID-19 variants, scientists say

Oxford-AstraZeneca's vaccine is effective against the UK variant and reduced hospitalizations in London by 94 percent. 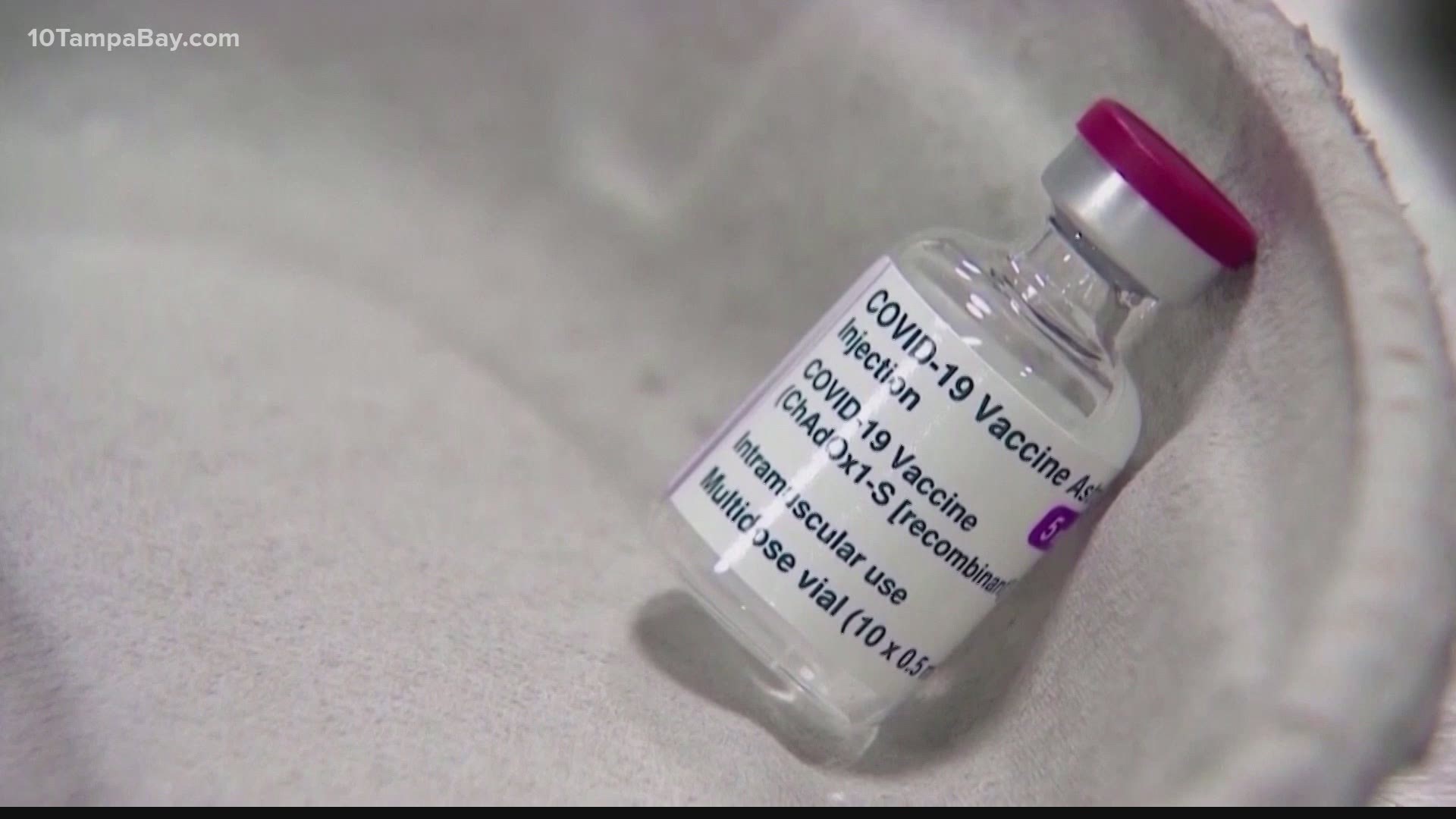 TAMPA, Fla. — Variant cases of COVID-19 continue to soar across the country and the state.

"They are spreading rapidly, but vaccines could help," said Dr. Jill Roberts with USF Public Health.

The epidemiologist says scientists are eyeing a vaccine that has yet to get FDA approval. Oxford and AstraZeneca's vaccine was first approved in the U.K., since then the World Health Organization, and Canada have both authorized the use of the vaccine as well.

New data from London shows it's 70 percent effective and was able to fight the U.K. variant, drastically lowering hospitalizations.

"The vaccine reduced hospitalizations by 94 percent, which is actually higher than Pfizer. So Pfizer is really well known to have a very high efficacy and work really well against coronavirus, but against this variant, AstraZeneca's vaccine actually beats it," Roberts said.

As cases of that exact variant grow in Florida, those who could've gotten the shot while taking part in Oxford and AstraZeneca's vaccine trial hope they received a real dose and not a placebo.

"I had no idea that the technology that we're using would be plug and play for future variants of the virus! My stomach was a little upset and then that was it the first shot. Twenty-eight days later, second shot, I was really tired the next day, like exhausted. I felt like, 'Wow, okay, maybe I did get the vaccine,'" Citrus County resident Dan Ford said.

But Ford still isn't sure if he was given a placebo or not.

Oxford and AstraZeneca vaccine manufacturers have tailored the vaccine to fight variants of COVID-19 for months.

Scientists think it's key in fighting variants because it's so easily changeable and can be fast-tracked.

"It's true. AstraZeneca is ideally placed for this. The reason being is because of their tech. The piece of coronavirus that they put into the other virus, they can change it at will," Roberts said.

Once they find what's missing in a variant, scientists put that piece in the vaccine. The body will make antibodies to block the mutation.

"You could do this with the mRNA vaccines, but the difference is that AstraZeneca has their own manufacturing production. They can put it into manufacturing immediately because it's their own facility. They can get it out right away," Roberts said.

The FDA could review and approve the AstraZeneca vaccine in a few weeks. While we wait, the makers of Pfizer, Moderna, and Johnson & Johnson, with approval from the FDA, are updating their vaccines to fight new variants.