'Awful for seniors': Scheduling vaccine appointments is a tech headache for some

A rocky rollout is made worse as a process proving to be far from user-friendly for seniors, some of whom don’t have access to a computer or know how to use one. 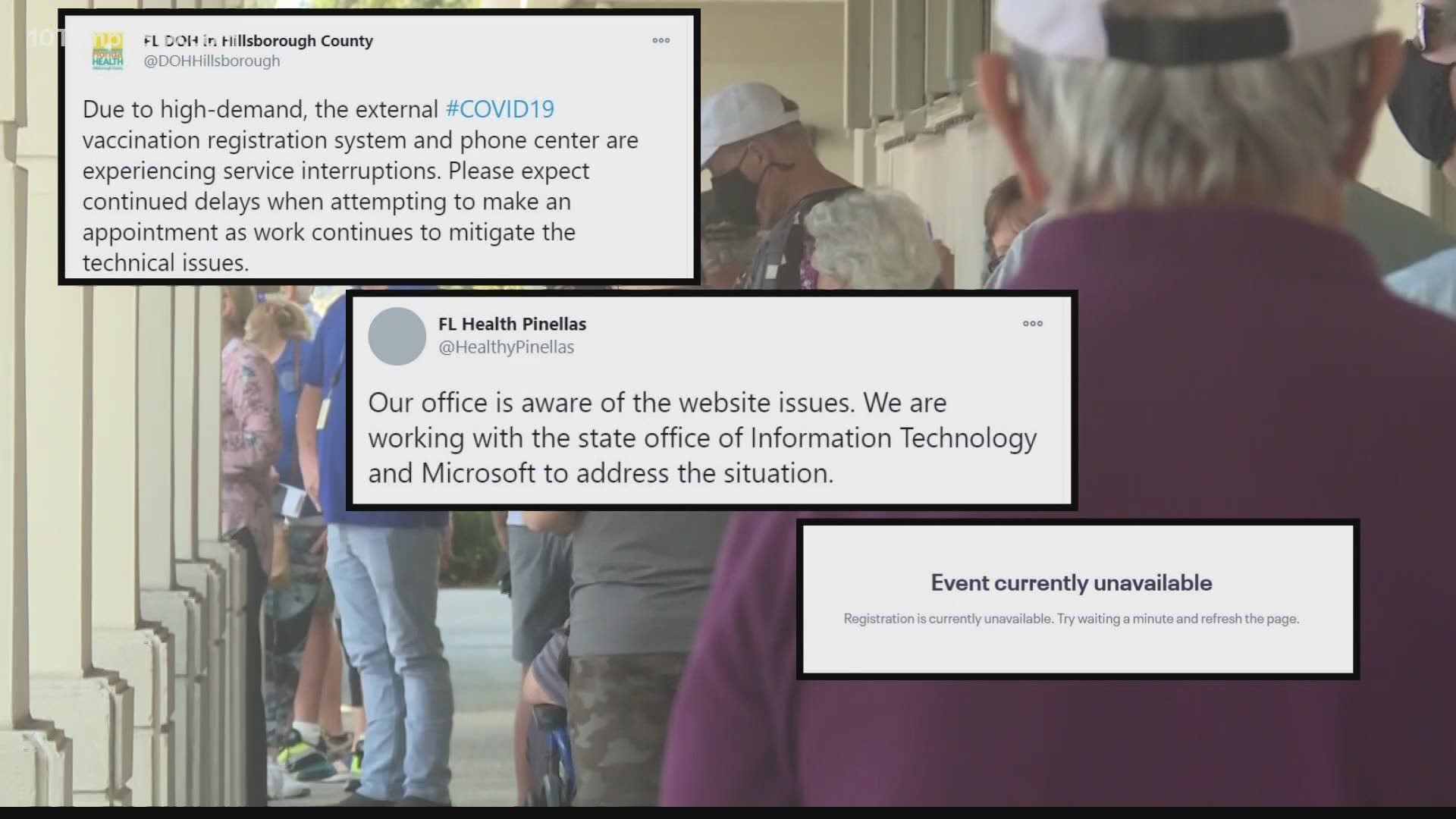 ST. PETERSBURG, Fla. — As online reservation systems were crashing and phone lines were inundated with calls from seniors trying to schedule an appointment to get a COVID-19 vaccine, Trudy Baker was just trying to figure out how to find the website.

“It was horrible,” Baker said Monday evening, her day ending just like it had begun: without an appointment.

Once she figured out which link to click to get to the website, Baker says the page never loaded. Simultaneously she was on the phone trying to get through to the health department in Pinellas County.

"I looked at my phone and I had like 21 times that I actually tried to dial them and got cut off,” she said. “I finally just gave up.”

While Baker considers herself at least somewhat savvy when it comes to technology, she knows the same can’t be said for others her age.

“Of all the people, the seniors – some might not even have any skills on the computer and yet if they even call to actually sign up it would drop you right off,” she said. “So I could see the frustration not only in myself but in others that do not even have the little bit of technology I have.”

By Monday night, registration by phone and online had been taken offline in Pinellas. In Hillsborough, officials made the decision to temporarily move all vaccine registration to the phones, while announcing expanded call hours and additional staff.

But in Pasco and Sarasota counties, the county health departments aren't taking any calls. Registration is only available online.

That’s a problem for snowbirds Catherine Phillips and her husband in Holiday.

"I think that is very ridiculous,” Phillips said. “We don't have a computer, we don't have all this fancy equipment the younger people do.”

A frustrated Phillips said she is now relying on someone she knows to try to book them an appointment when more become available.

"It was definitely not thought of that if you're working with the senior population you should have things that are much easier for them to get onto,” Baker said.

A spokesperson for the county health department in Pasco said it's still very early in the process and emphasized that online is the only way to register for now, but couldn't provide any specifics on when that might change.

RELATED: Your COVID-19 vaccine questions, answered: Do I need to be a Florida resident?

"We understand completely that we have a large number of older folks in the community who may not be computer literate, so we want to make sure they have the same opportunity,” said Steve Huard with the county health department in Sarasota.

“But again, we are doing this in a rapid manner and just need people to be patient with us while we get it out."

During stops in Miami and Orlando on Monday, Gov. Ron DeSantis said Florida would continue in its “aggressive approach” to vaccine rollout by opening more centers, including a plan to work with the Department of Health to convert testing sites to vaccine sites. There are also plans to identify places of worship to use as vaccine distribution centers in underserved communities.