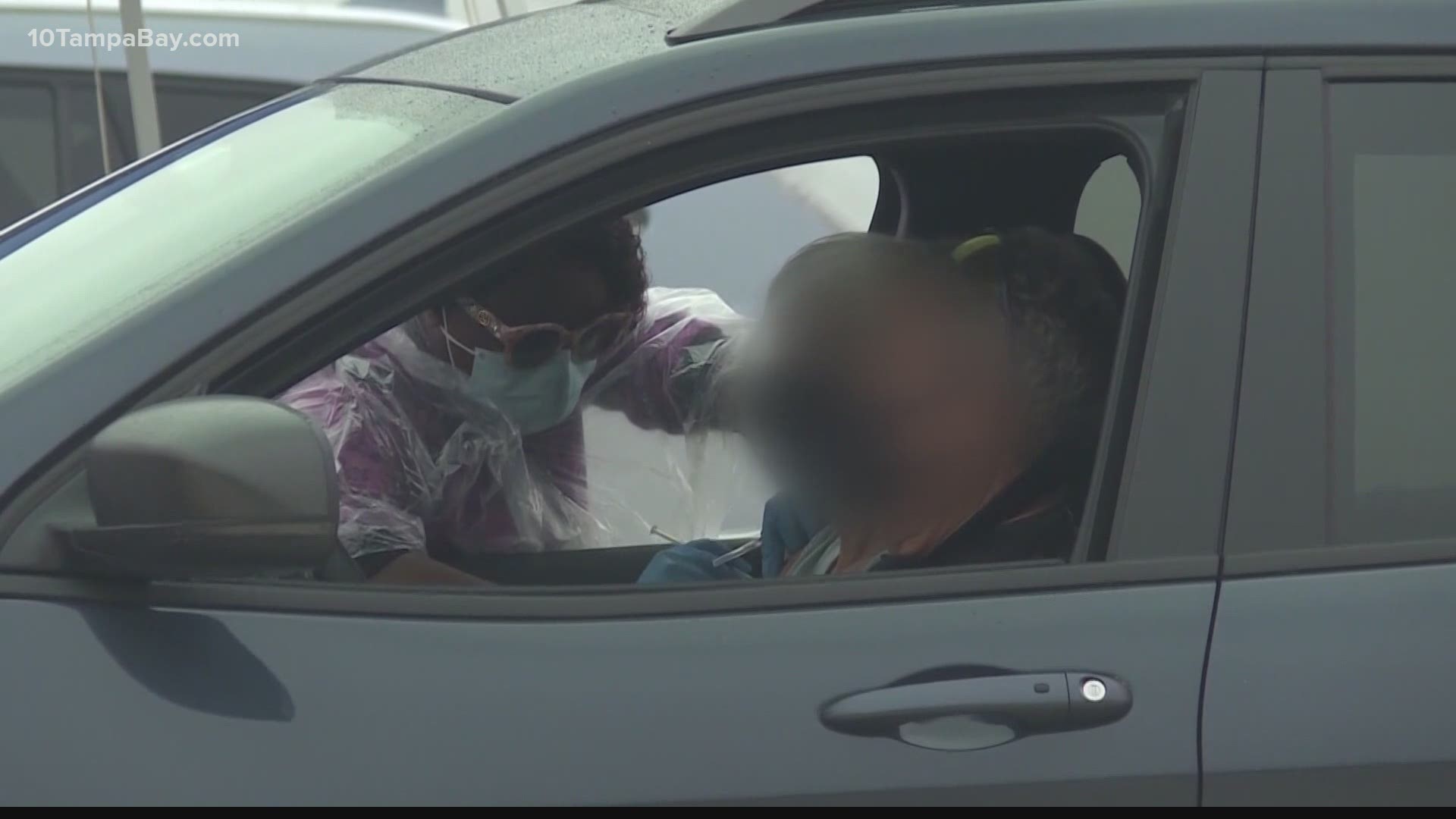 Reporting by the Sarasota Herald-Tribune is raising additional questions about whether certain Floridians are getting a fair shot.

Emails obtained by the Herald-Tribune suggest special treatment extended to affluent neighborhoods in Sarasota County, too, where homeowners in the upscale Boca Royale community were offered shots.

The emails show the vaccines were also offered to people who didn’t live in the community but did pay to be members of the country club, the Herald-Tribune reports.

Patrick Neal, a former senator who has long been involved in Republican politics, is the developer behind the community.

Neal has donated at least $25,000 to Gov. Ron DeSantis’ political committee, according to the non-profit non-partisan Transparency USA. Neal was also a member of the governor’s transition team.

In a statement to 10 Tampa Bay, a Neal Communities spokesperson did not directly answer questions about the appearance of special treatment for people living in more affluent communities.

Boca Royale was one of six communities to host a pop-up vaccine site, according to the statement, which said Neal was “called for help in getting 3,000 people vaccinated in Charlotte County” where vaccination rates among seniors were below the state median.

But the response two days prior to the event was “less than the desired 3,000,” so emails were sent to Boca Royale and Oak Forest in south Sarasota County to reach the 3,000-person goal, according to the Neal Communities statement.

“We were asked to step up and do something for the community good in a short period of time,” the statement reads.

This comes on the heels of Manatee County Commission Vanessa Baugh admitting she handpicked zip codes in the upscale Lakewood Ranch community to receive vaccine appointments when pop-up sites were offered in that county. She also added her own name to the list.

Baugh is now under investigation after a complaint was filed with the Manatee County Sheriff’s Office.

The decision to place the site at Lakewood Ranch raised red flags for other commissioners who expressed their gratitude for the additional vaccine supply but wanted a more equal distribution.

DeSantis has maintained it wasn't about zip codes and has doubled down several times that there was no preference given to the wealthy and predominantly white community when the location was selected.

Even the Daily Show has taken notice of the controversy surrounding vaccine clinics popping up in more affluent Florida communities, like in Lakewood Ranch, raising questions about access and politics. https://t.co/mikJDJNlqd

Even Comedy Central’s "The Daily Show" has made light of these recent pop-up sites and whether people with money are being allowed to skip the line.

Florida Congressman Charlie Crist, D-St. Petersburg, who has already called for a federal probe into the pop-up site in Manatee County tweeted the Herald-Tribune report Tuesday, saying “more evidence for DOJ to review.”

Giving wealthy political donors special access to vaccines, jumping ahead of seniors who have been patiently waiting is WRONG, WRONG, WRONG! More evidence for DOJ to review. https://t.co/jtCiYivW6W