I'm vaccinated against COVID-19 but I tested positive for the virus. What now?

As the delta variant spreads and vaccination rates stall, doctors say it’s possible but rare and the risk of severe symptoms remains low if fully vaccinated. 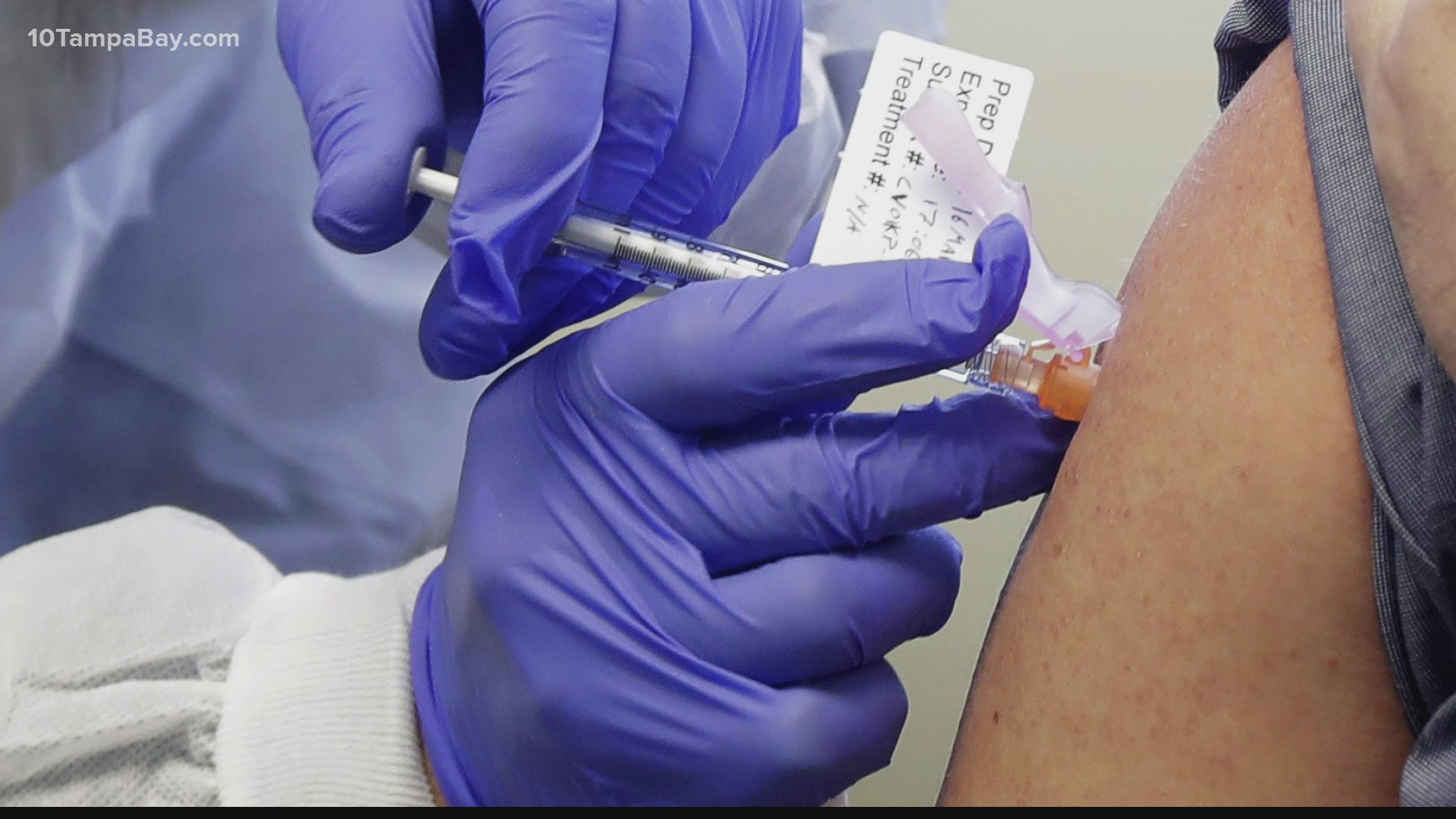 ST. PETERSBURG, Fla. — Olympic athletes to lawmakers are testing positive for COVID-19 despite being fully vaccinated against the virus.

Dr. Jason Salemi, an epidemiologist at the University of South Florida, says that does not mean the vaccine isn’t working.

“They were never designed to prevent us from getting infected in the first place,” Salemi said. “They were designed to make sure that if we were to get infected that we’re not going to get so ill we need to be hospitalized or die from COVID-19 and from that standpoint they’re immensely effective.”

As of July 12, the U.S. Centers for Disease Control and Prevention had recorded 5,492 cases of these so-called breakthrough infections where a fully vaccinated person who tested positive for the virus was then hospitalized or died.

That’s out of more than 159 million Americans who’ve been fully vaccinated up until this point, or 0.003 percent.

The CDC has stopped recording breakthrough infections without symptoms.

So what should you do if you test positive even if you’re fully vaccinated?

Since you can still be contagious, the same CDC guidelines to isolate for 10 days still apply.

“Particularly if you live with someone who is immunocompromised or if you’re around other people who’ve not been vaccinated… and we have children (under the age of 12) who can’t be vaccinated yet,” said Dr. Marissa Levine the director of the Center for Leadership and Public Health Practice with USF Public Health.

Levine says it’s not entirely clear yet how protective the vaccine is at keeping you from transmitting the virus, particularly the new delta variant.

The CDC says an infected person, even if not showing symptoms, can transmit the virus to others, especially when in close contact through respiratory droplets. Though it is believed the level of virus in your nose and droplets are likely not as contagious in someone who is vaccinated.

Dr. Salemi says don’t be surprised if more fully vaccinated people get infected with COVID-19 as the delta variant continues to spread and vaccination rates stall with a large portion of the population remaining unvaccinated.

“We are going to have many, many people who are fully vaccinated who still get infected with the virus,” he said. “But many of them who get infected, we may never even know about because they don't develop symptoms and they're not getting tested routinely, so they may never actually test positive."

U.S. Rep. Vern Buchanan, R-Florida, announced Monday he had tested positive for COVID-19, despite being fully vaccinated. The congressman got tested after experiencing "very mild flu-like symptoms," his office said.

The same day it was announced a third athlete at the Olympic Village in Tokyo had also tested positive for COVID-19.