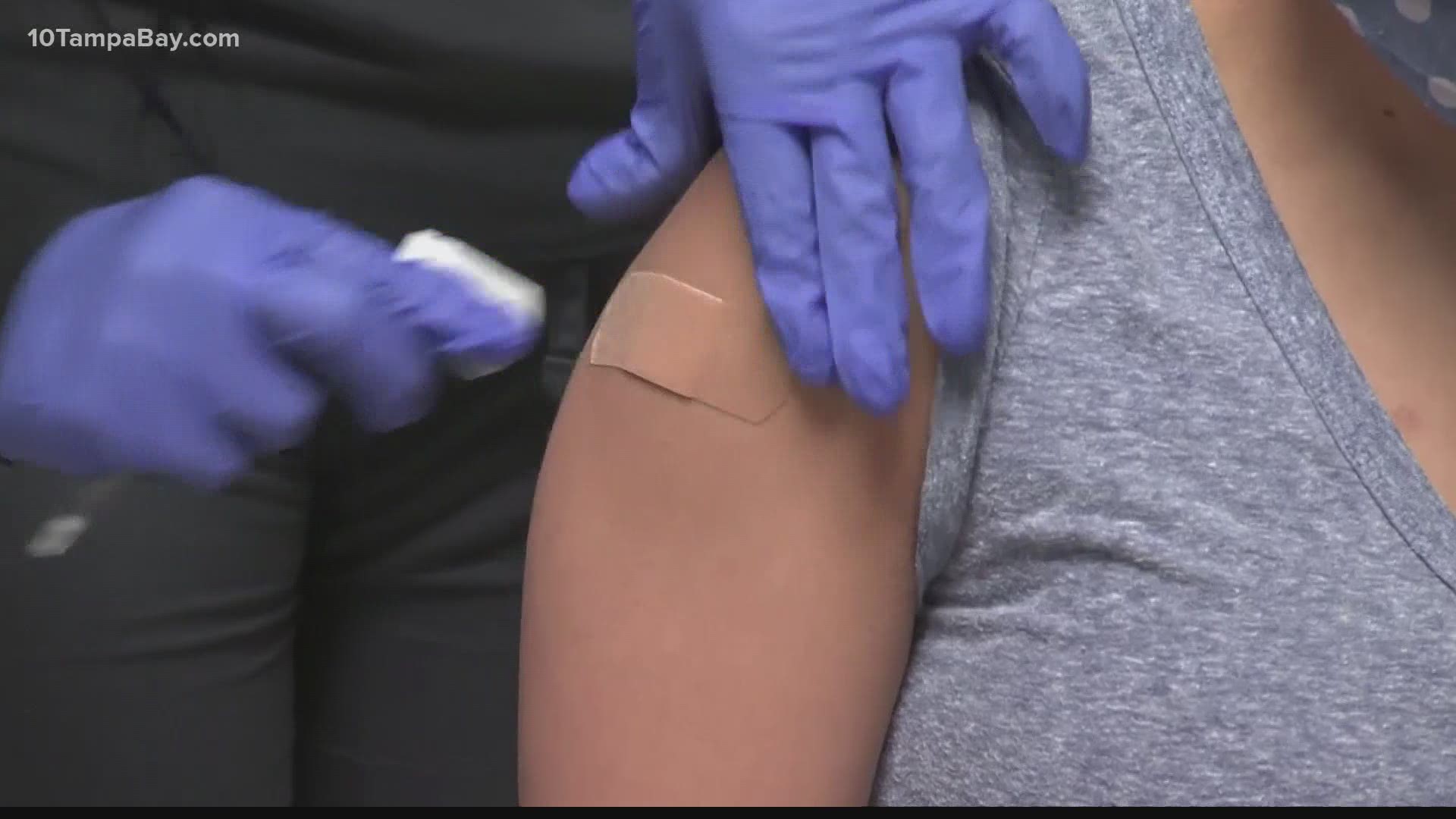 TAMPA, Fla — Doctors have continued to bring up the idea of a COVID-19 booster shot throughout the pandemic, but now it's clear. You'll definitely need one.

"It's not uncommon to have boosters. There are very few, in fact, vaccines that are single-shot vaccines," Dr. Michael Teng with USF Public Health said.

That's why the virologist says we'll need one for COVID-19. The data from Pfizer, Moderna, and Johnson & Johnson's clinical trials show the vaccines are effective enough.

"If we do get one more shot, it will be one more booster shot. Maybe that will be enough to put people's immune system over the edge," Teng said.

That's really what a booster shot is meant for. Most viruses like Hepatitis A or B  and the Measles all require several doses to boost the immune system. But they're different than the annual flu shot.

"I think most of us are on board that a booster shot may be necessary every single year to kick that antibody response," Roberts said.

While companies work to produce booster shots, the soonest they could be on the market is September. Doctors say it's likely they'll be recommended annually for now.

"We've never done this. We're in new territory here, so for all we know, we could be able to boost it this year, boost it the next year, boost it a third year, and then we have lifelong immunity. We don't know we've never tried this," Roberts said.