The FDA is expected to authorize Pfizer's COVID vaccine next week for kids 12 to 15, with even younger children to come this fall. 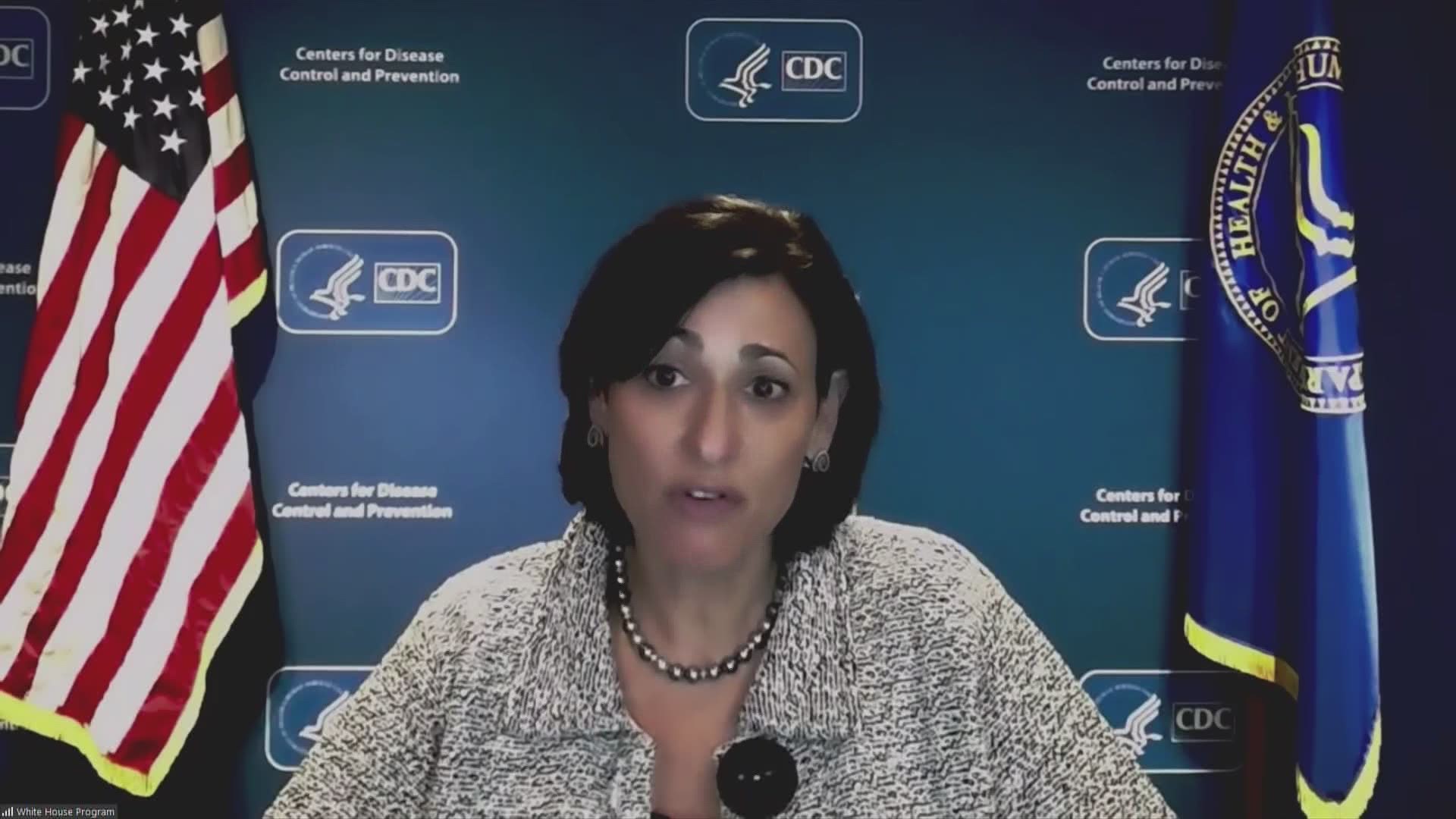 MISSION, Kan — After more than a year of fretting over her 13-year son with a rare liver disease, Heather Ousley broke into tears when she learned that he and millions of other youngsters could soon be eligible for the COVID-19 vaccine.

“This day is the best day in the history of days!!! I love this day!!!” she texted, joining other parents and educators in welcoming the news that the Food and Drug Administration is expected to authorize Pfizer’s vaccine by next week for children ages 12 to 15.

Ousley, who is president of the school board for the 27,000-student Shawnee Mission School District in Kansas, plans to get her 13- and 15-year-olds promptly vaccinated and then celebrate with ice cream. They have been learning from home with their younger brother since the start of the outbreak.

Pfizer is also anticipating the FDA will endorse use of its vaccine in even younger children sometime this fall. And results are expected by the middle of this year from a U.S. study of Moderna’s shots in 12- to 17-year-olds.

Officials are hoping that extending vaccinations to children will drive down the nation's caseload even further and allow schools to reopen with minimal disruption this fall.

It could also reassure parents and teachers alike. While children rarely get seriously ill from the coronavirus, then can still get sick and spread it to others.

“I don’t even think we realized how much energy is spent on worrying until we are able to set aside the worry, and then thinking about what this means for all of our kids in the district,” Ousley said.

How effective is the Pfizer vaccine in children?

Pfizer in March released preliminary results from a study of 2,260 U.S. volunteers ages 12 to 15, showing there were no cases of COVID-19 among fully vaccinated children compared with 18 among those given dummy shots.

That is welcome news for Robin and Aaron Perry of Sun Prairie, Wisconsin, who have five boys, ages 5 to 17. Their oldest, Cooper, has been battling leukemia and contracted COVID-19 in November, in what his mother described as a “terrifying” time for the family. The disease spread to the rest of the family.

They all pulled through, and Cooper and his parents have all since been vaccinated. But his mother can't wait for her 15-year-old, Reece, and 12-year-old, Tucker, to get their shots so their brother is as protected as possible.

“Our personal situation, it feels like more security around Cooper with a compromised immune system," Robin Perry said. “It’s just being part of the solution. That’s what excites me the most. It’s an added level of protection. Maybe you can take a deeper breath.”

Educators have already embraced vaccines for students 16 and up, with some scheduling vaccine clinics during school hours and dangling prize drawings and other incentives.

Credit: AP
Heather Ousley sits with her older children Elliannah, 15, right, and Samuel, 13, in front of their home in Merriam, Kan, Tuesday, May 4, 2021. Ousley was thrilled when she heard the FDA was expected to authorize Pfizer's COVID-19 vaccine for youngsters ages 12 to 15 and was hoping to get her kids vaccinated as soon as she can. (AP Photo/Charlie Riedel)

In New York's Erie County, a prom-themed vaccine clinics were held this past weekend, including one with a tropical feel where health care workers wore grass skirts and 16- and 17-year-olds went home with gift bags of masks and hand sanitizer. Similar efforts are expected to draw in 12- to 15-year-olds.

Dan Domenech, executive director of AASA, The School Superintendents Association, said the anticipated authorization to vaccinate younger students would help make parents feel more comfortable to send their children back to classrooms and ease concerns among some teachers.

“Say you have a class where every student is vaccinated and so is the teacher. That becomes a very different environment,” Domenech said.

“Schools were very pleased when the CDC came out with the 3-foot spacing as opposed to the 6-foot spacing, because that immediately allowed them to have more students in school at one time. This will have a similar effect,” he said. “If now you can have a significant population of your students in middle schools and high schools vaccinated, that makes it even safer for greater numbers of students to be in school.”

Seventy-four-year-old Pat Shepard, a retired Spanish teacher from Lincoln, Nebraska, who has worked as a substitute during the outbreak, is eager to see eligibility expand, saying students are increasingly resisting wearing masks.

“You are starting to see more and more of them wearing them down below their nose because they are just tired of it," she said. "And then, too, they want to get out and do more things.”

Keri Rodrigues, a co-founder of the education advocacy group the National Parents Union, said she rushed out to get vaccinated after becoming eligible but has more trepidation about immunizing her oldest son, who is 13.

She plans to go ahead with it, though, in part because he is demanding it.

“He has cabin fever and he wants to get out," explained Rodrigues, who lives near Boston.

The group's survey from March of 1,100 parents around the country found that others are also conflicted. Forty percent planned to get their children vaccinated immediately, 21% eventually and 24% never, and the remaining 15% were unsure.

“Obviously parents are torn right now because you are watching your kids really go through an emotional struggle, especially our teens," she said. “I think we are all taking a leap of faith, but I think what we have to do is trust science in this moment."

President Joe Biden said Tuesday that if the FDA authorizes the use of Pfizer's vaccine in children as young as 12, the administration is prepared to ship doses to 20,000 pharmacies around the country and directly to pediatricians.

Coy Marquardt, associate executive director of Iowa's teachers union, said his 14-year-old son is excited to get vaccinated and has been asking for months when he would be eligible. Marquardt said that because of vaccine hesitancy, it doesn't look as if herd immunity is going to be achieved anytime soon.

“That makes it even more important to expand the use to 12- to 15-year-olds, including my son, just to protect him," he said.

Tom Rosenberg, president and CEO of the American Camp Association, which accredits 3,200 camps and works with about 12,000 others, said he has ben deluged with messages since the news broke.

Last year, 40% of day camps and 82% of overnight camps didn't operate, but many were gearing up to reopen this summer, with masks and socially distancing, he said. He said the vaccine would offer another layer of protection and might persuade some hesitant parents to sign up their children.

“It could be a game changer,” said Rosenberg, who plans to get his own 13-year-old vaccinated.