All three on the market — Pfizer, Moderna and the Johnson and Johnson shot — prevent people from becoming seriously ill and ending up in the hospital. 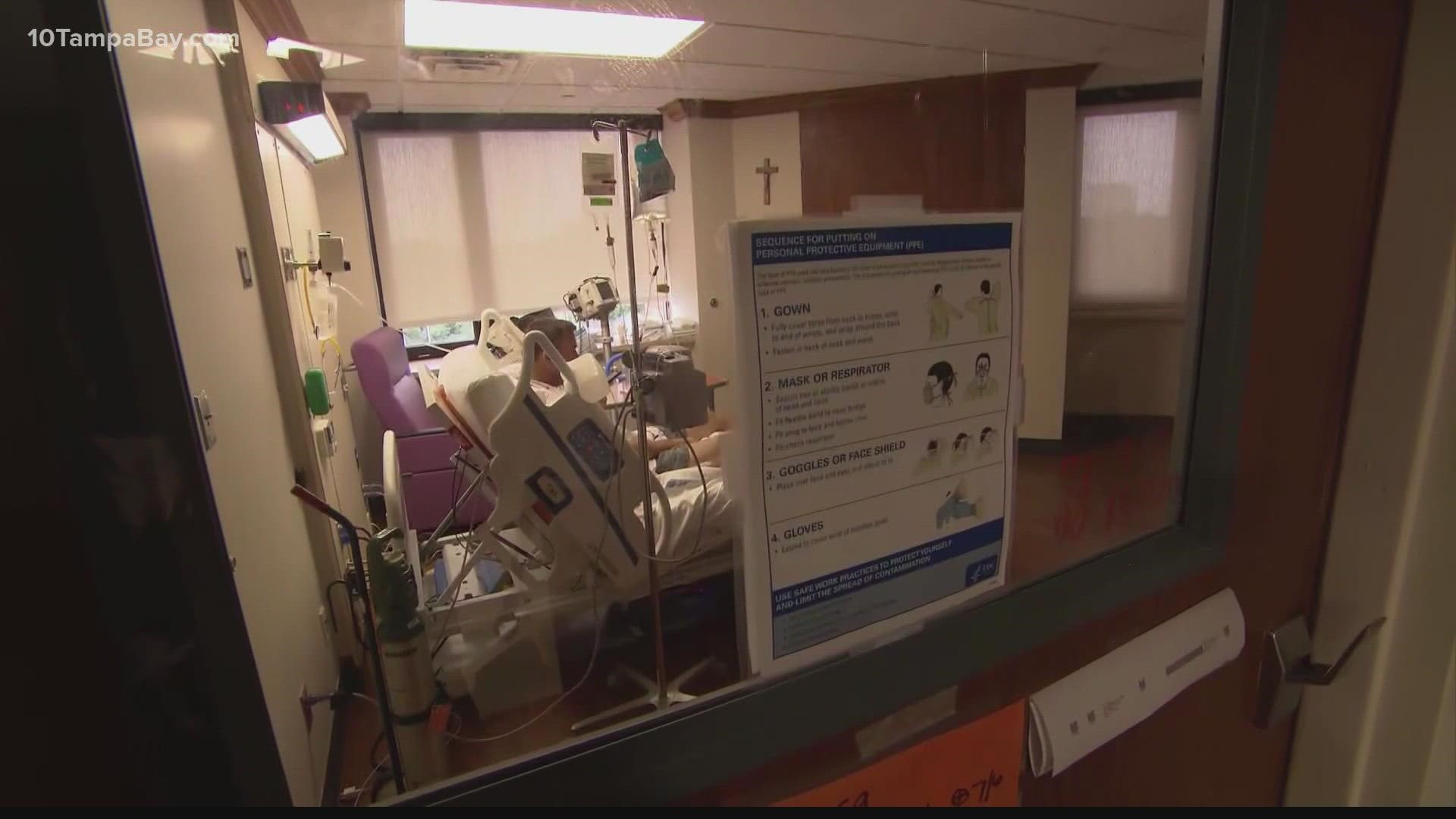 TAMPA, Fla — We know the delta variant of COVID-19 is different than what medical professionals were dealing with a year ago.

It’s proven more transmissible and can cause more serious illness in some people. But what if you’re vaccinated? Are you still as protected against this strain?

10 Investigates' Jennifer Titus spoke with two experts from the University of South Florida Health to find out how it holds up to the delta variant.

TITUS: What do we know right now about vaccine efficacy against the Delta variant?

DR. MICHAEL TENG: “So, there are a few studies that are coming out, especially from places like Public Health England, where they've been able to do really good tracking, and they have very good vaccination coverage rates.”

The study Teng is referring to is a graph confirming the Pfizer vaccine is still very effective against the delta variant if you have the second dose of the vaccine.

“There is a slight decrease in vaccine effectiveness, real-world effectiveness against the delta variant compared to previous variants like the alpha variant, but that decrease is pretty small," Teng explained.

The study shows the vaccine is still 88% effective against the delta variant.

TITUS: When it comes to Moderna, are we seeing the same type of numbers, the same sort of effectiveness?

TENG: “So, in their earnings call yesterday or today they didn't put out the exact numbers of which ones were infected with delta. But what they did show is vaccine effectiveness after the second dose.”

What Moderna put out, which again is not specifically related to the delta variant, but still shows an efficacy rate of 92%.

RELATED: Moderna: COVID-19 booster shot might be needed before winter

“So, it's still very effective against these variants,” Teng said.

TITUS: What are we seeing with the Johnson and Johnson?

TENG: “Yeah, it's a little bit more difficult to study the Johnson and Johnson vaccine because it hasn't been distributed as widely. So, we don't have the large cohorts of people to study.”

10 Investigates did uncover one study showing the Johnson and Johnson vaccine is 67% effective against the delta variant.

DR. JASON SALEMI: “However, Johnson and Johnson were administered at a time where you likely had higher amounts of variants. And so, it's not quite an apples-to-apples comparison.”

“We don't have any vaccines that are 100%. The best ones, these mRNA ones, at least in the beginning, for the vaccine efficacy and their phase three trials were approaching the top, and that's measles. Measles is 90% plus effective still,” Teng said.

“For me, the take-home messages, all three of these vaccines that we offer in the United States, we're lucky that they offer them because all of them are doing exactly what they were designed to do, which is preventing people from ending up getting severely ill and being in the hospital or dying from COVID-19, even the Delta variant,” Salemi added.

Another point both doctors made is it seems the efficacy has also stayed the same for those who were vaccinated six months ago compared to those who got the shot within the past couple of months.

And we know that there have been breakthrough cases for those vaccinated because, again the COVID-19 vaccine, like most vaccines according to the doctors, is not 100% effective. 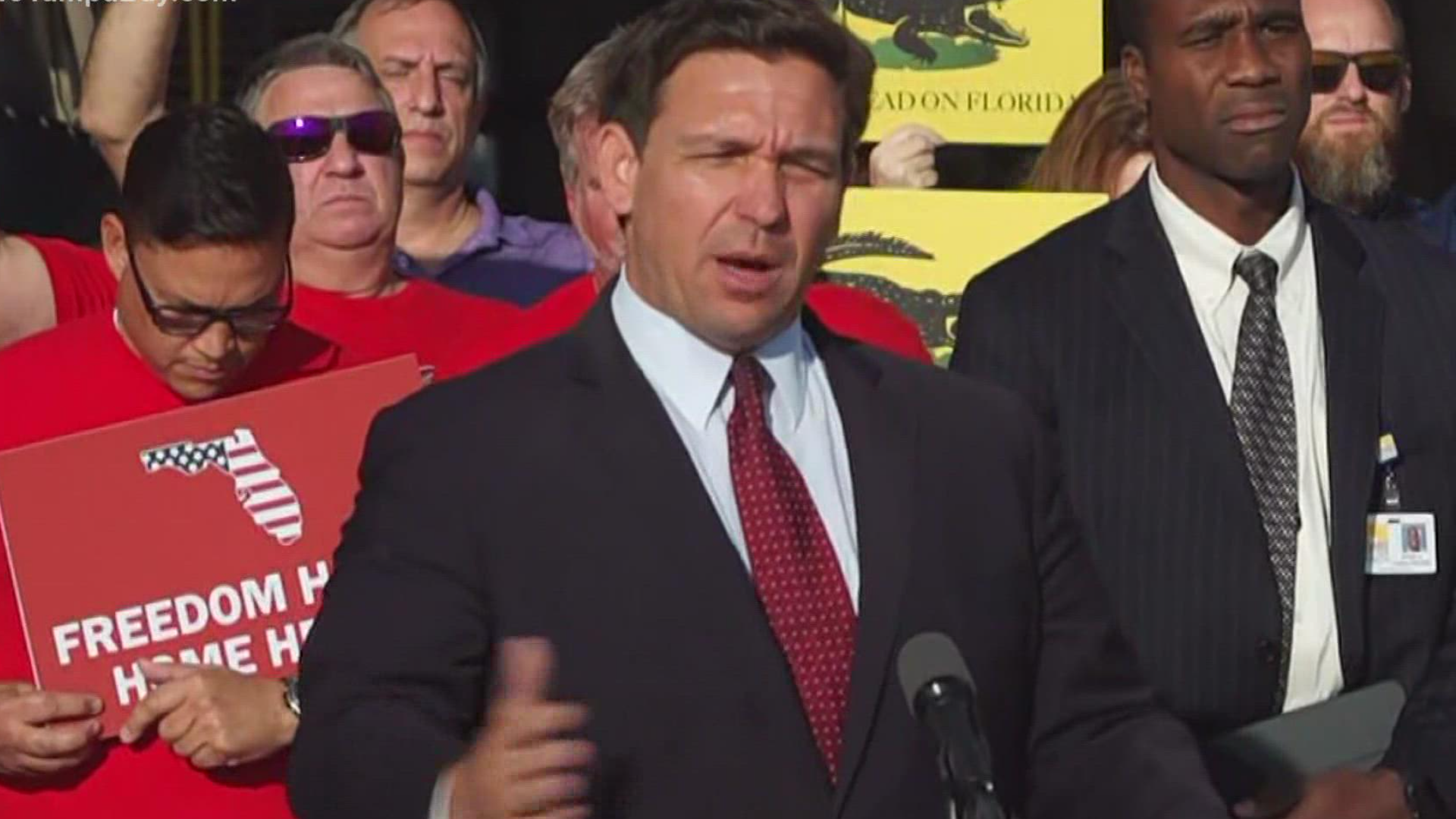