The governor's plan differs from the latest CDC recommendation, which says essential workers and those 75 and up should be next. 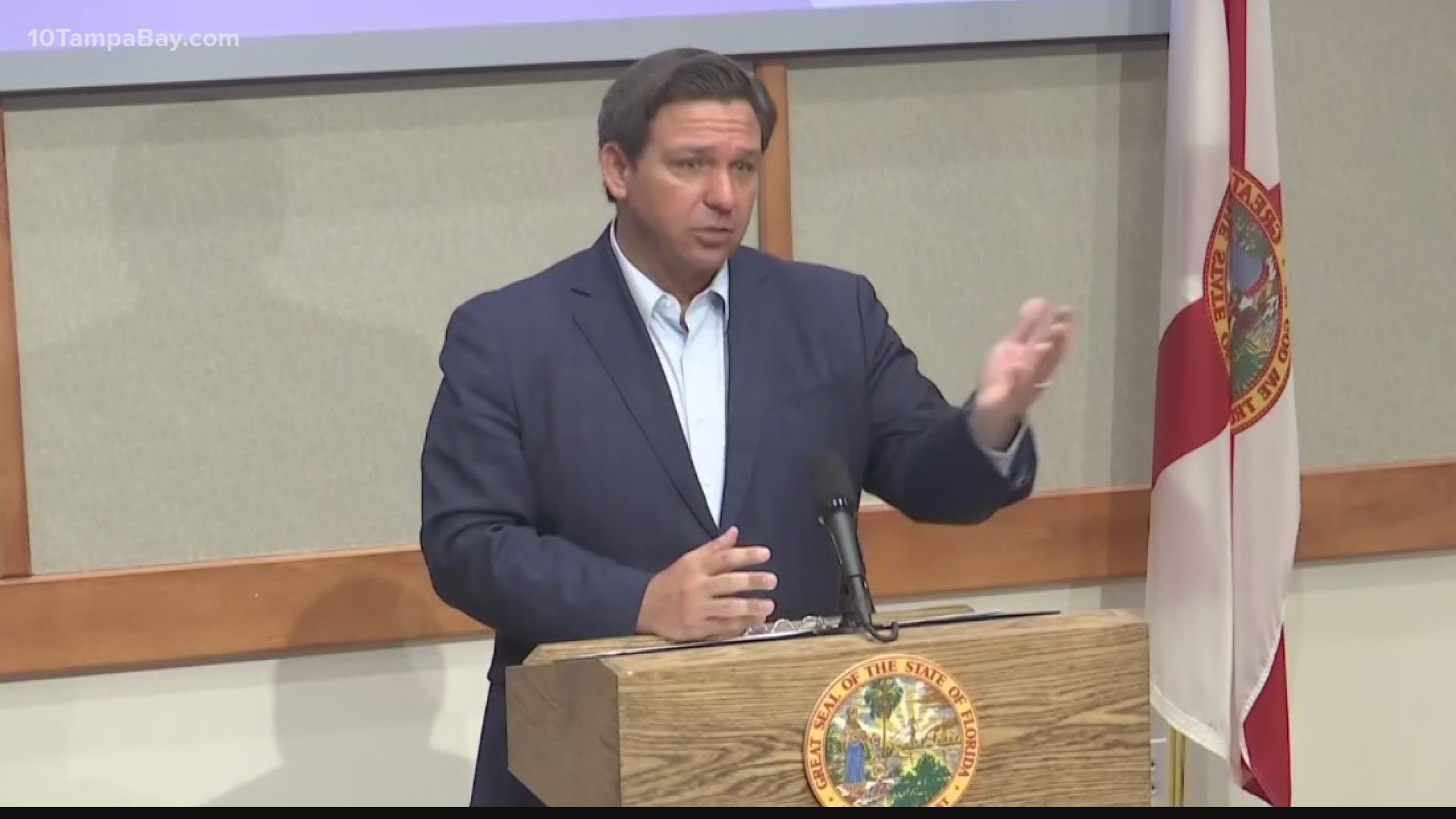 And, to make that clear, the governor on Wednesday signed an executive order stating just that.

DeSantis says seniors will be next in line after front-line workers such as health care workers and doctors. And, they'll be before young essential workers.

"We're going where the risk is greatest," DeSantis said during a news conference Wednesday morning.

The governor's announcement comes after he's consistently said the elderly population should be the priority in the state. This incoming executive order differs from the latest CDC recommendations, which says the next round of vaccines should go to essential workers and people 75 and older.

On Tuesday, and again Wednesday, DeSantis made it clear the CDC guideline is only a recommendation, and he doesn't plan to follow it.

“It is absolutely true that if you’re 40, you could have some comorbidities,” said DeSantis during a news conference Tuesday. “The problem is, how do you administer that? And do you want to have the hospitals having to slice and dice everyone’s comorbidity? We will focus on it based on elderly and age, not necessarily health status. And the reason for that is just efficiency, it’s clear.”

DeSantis said it will take a while to get the approximately 4 million Floridians who are 65 and older vaccinated.

Local doctors worry that DeSantis is missing an important part of tackling the pandemic, and that is preventing COVID-19 spread.

“The real issue here is not just the health, the morbidity and mortality of the virus, it's actually trying to help stop the spread," said Dr. Michael Teng, a virologist at USF Health and Tampa General Hospital.

Public health expert with USF Health, Dr. Marissa Levine, is also concerned about leaving out the essential workers in the next vaccination group, but she understands the governor's decision to focus on the elderly.

"And obviously, being a state with a large number of elderly folks, those are important considerations. We know that group has experienced the highest death rate," Levine said.

But, there are also reasons to include essential workers beyond just stopping the rapid spread.

“There's an equity issue too. We have lots of racial injustice that's occurred in the past. And one way to deal with that is to make sure that people who have been forgotten in the past are included," Levine said. "Many of those very people are people who are essential workers providing essential services here in our community.”

RELATED: As more doses head to Florida, who's next in line to get the COVID-19 vaccine?