More than 175,000 people have been vaccinated in Florida with just a day left in the year, but that's less than 1 percent of the total population. 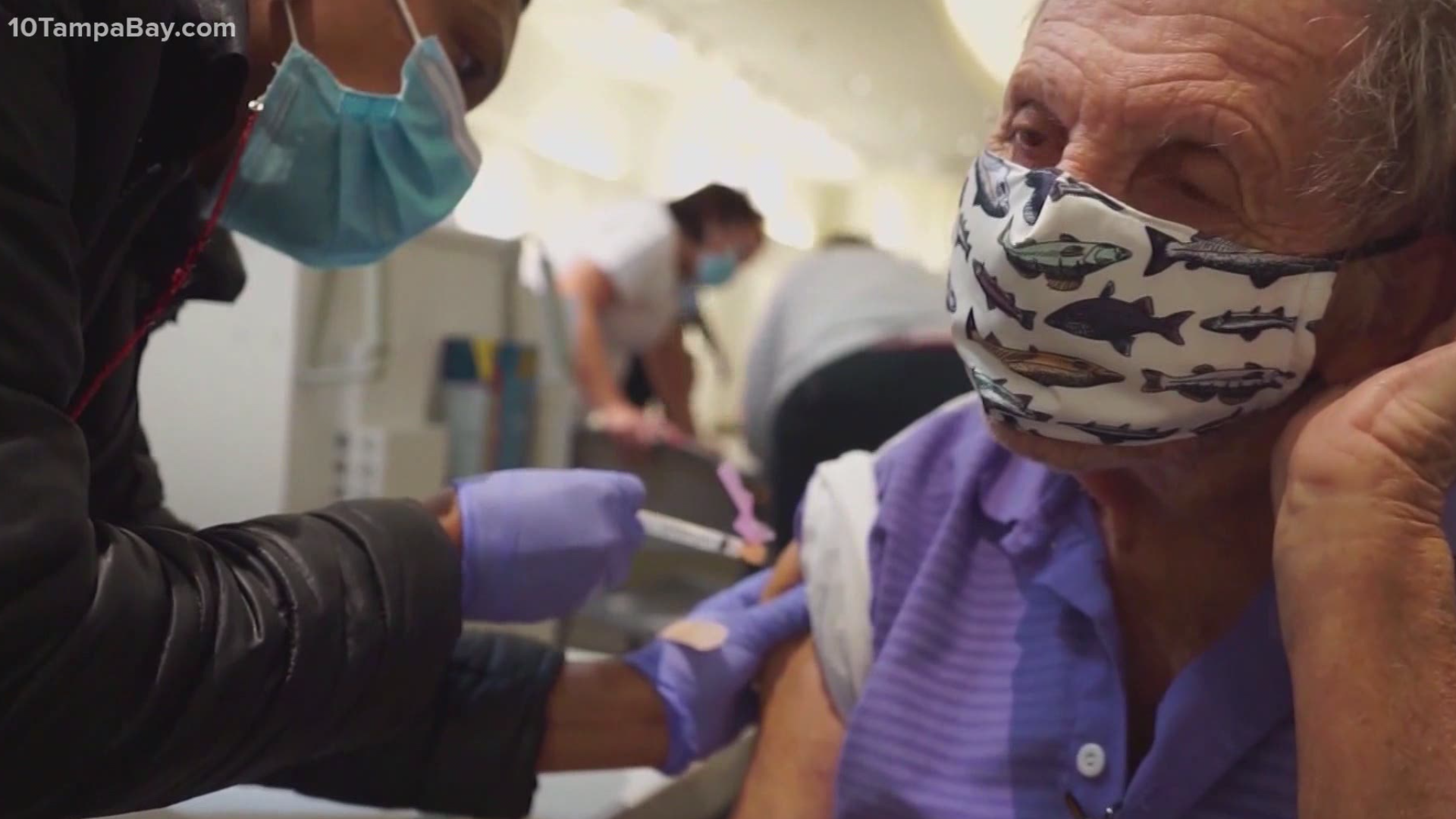 TAMPA, Fla. — As Florida starts to branch out COVID-19 vaccinations to anyone 65 and older, it's become clear the state doesn't have enough doses to keep up with demand.

"Supply is limited. We don't have enough vaccines for all four million-plus senior citizens in Florida, so we ask that you please be patient," Gov. Ron DeSantis said while giving an update on vaccine distribution Wednesday.

Even with shipments of both Pfizer and Moderna already on schedule for the New Year, counties are having a hard time giving shots to those who qualify.

"I think we're not alone either. Other states are still seeing a shortage in the doses," USF Public Health Virologist Dr. Michael Teng said.

More than 175,000 people have been vaccinated in the state with just a day left in the year, but that's less than 1 percent of the total population. The state planned to vaccinate nearly 400,000 people before 2021.

"It's like eight to 10 fold less people being vaccinated than we thought. That's a big problem, especially as we ramp up through these holidays, where we have millions of people traveling. We're going to have huge case numbers in January," Teng said.

"There is absolutely no reason we cannot get vaccines out faster to the American people. There really hasn't been much investment from the federal side in helping states to get the vaccines into people's arms. States don't have the dollars and they don't have the resources to just figure all of this stuff out on their own," said the dean of Brown University's School of Public Health, Dr. Ashish Jha.

State Agriculture Commissioner Nikki Fried agrees Florida needs to move faster. In a letter to DeSantis, she says Florida is not prepared. She wants the governor to call upon the state National Guard to help get distribute doses faster.