'It's a personal decision': Families, pediatricians prep for COVID-19 vaccinations for kids 12-15

Getting the shot for your child isn't an easy decision to make, but doctors hope it will lessen the number of pediatric cases in the state. 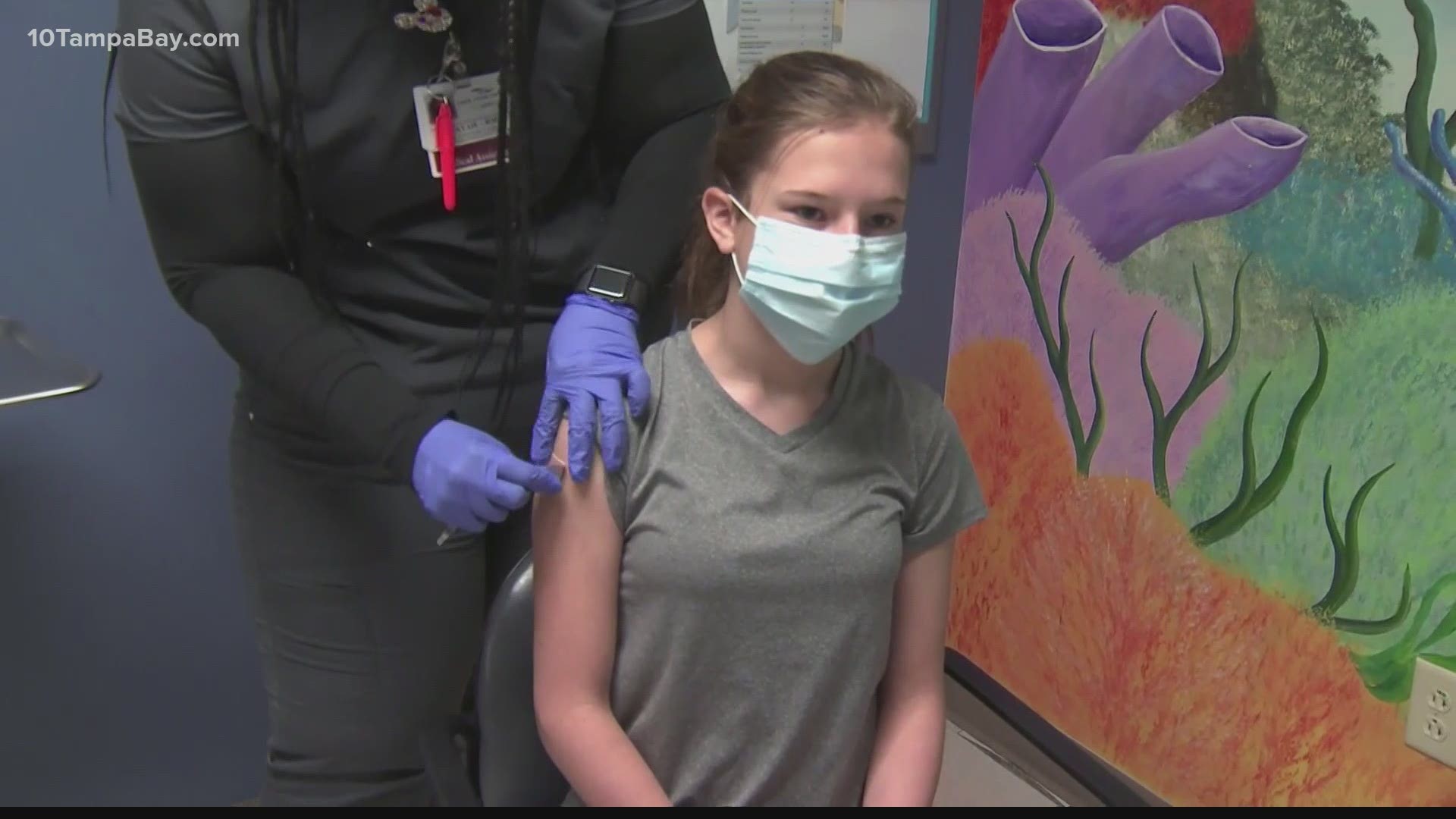 TAMPA, Fla — Choosing to get your child vaccinated isn't an easy decision to make, but doctors want you to know it's safe if you choose to do so.

The state of Florida said its vaccination sites are ready to administer the Pfizer shot to anyone 12 and older starting Thursday morning. The director of the Centers for Disease Control and Prevention on Wednesday adopted the recommendation of the agency's advisory board to endorse the safety and effectiveness of the vaccine to younger children.

"Everybody has a right to be worried or concerned, so we're not vaccine shaming, we're just telling you the information and then you make your decision," said pediatrician Nancy Silva with Small World Pediatrics.

Dr. Silva and her husband are prepping to get doses of Pfizer's COVID-19 vaccine shipped from the state in two weeks. They've been training their staff on how to administer the vaccine after the news both the Food and Drug Administration and CDC approved the shot for anyone 12 to 15.

"The CDC's decision is huge. As we are on the path on our path to getting to herd immunity, 23 percent of the population in this country is made up of children. In terms of the summer, I think it's going to be big as well, because it's going to mean that summer camps are going to be a little bit safer. As we approach the school year and going into the Fall, that means there'll be a lot less transmissions in the schools as well," Dr. José D. Jiménez said.

RELATED: CDC accepts US advisers' endorsement of Pfizer COVID shot for kids 12 and up

While they handle the expansion of eligibility, their families are tasked with making the decision on whether or not to get the shot.

"I'm definitely a pro-vaccine girl. I work kind of in the medical field myself. It was about looking at the data of the risk versus the reward," Jamie Childers said.

"My oldest was asking to get it as soon as possible. All of my kids mental health-wise needed to go back to school, so they have been in school all year long. Just the chance at what exposure they could have by being in the schools, what exposure they can give other people, we just feel my husband and I, that it's important for all of them to get the vaccine," Childers said.

Doctors hope the shot will lessen the pediatric cases of COVID-19 in the state. Right now, the highest number of cases in children fall in the age groups of 5-10 and 14-17.

"Once we can start dampening that a bit, we can make a huge difference. This is just so life-changing, especially with the teenager. They're the more social," Silva said.