According to the Kaiser Family Foundation, Black Floridians make up 6 percent of vaccinations while Black people make up 16 percent of Florida's total population. 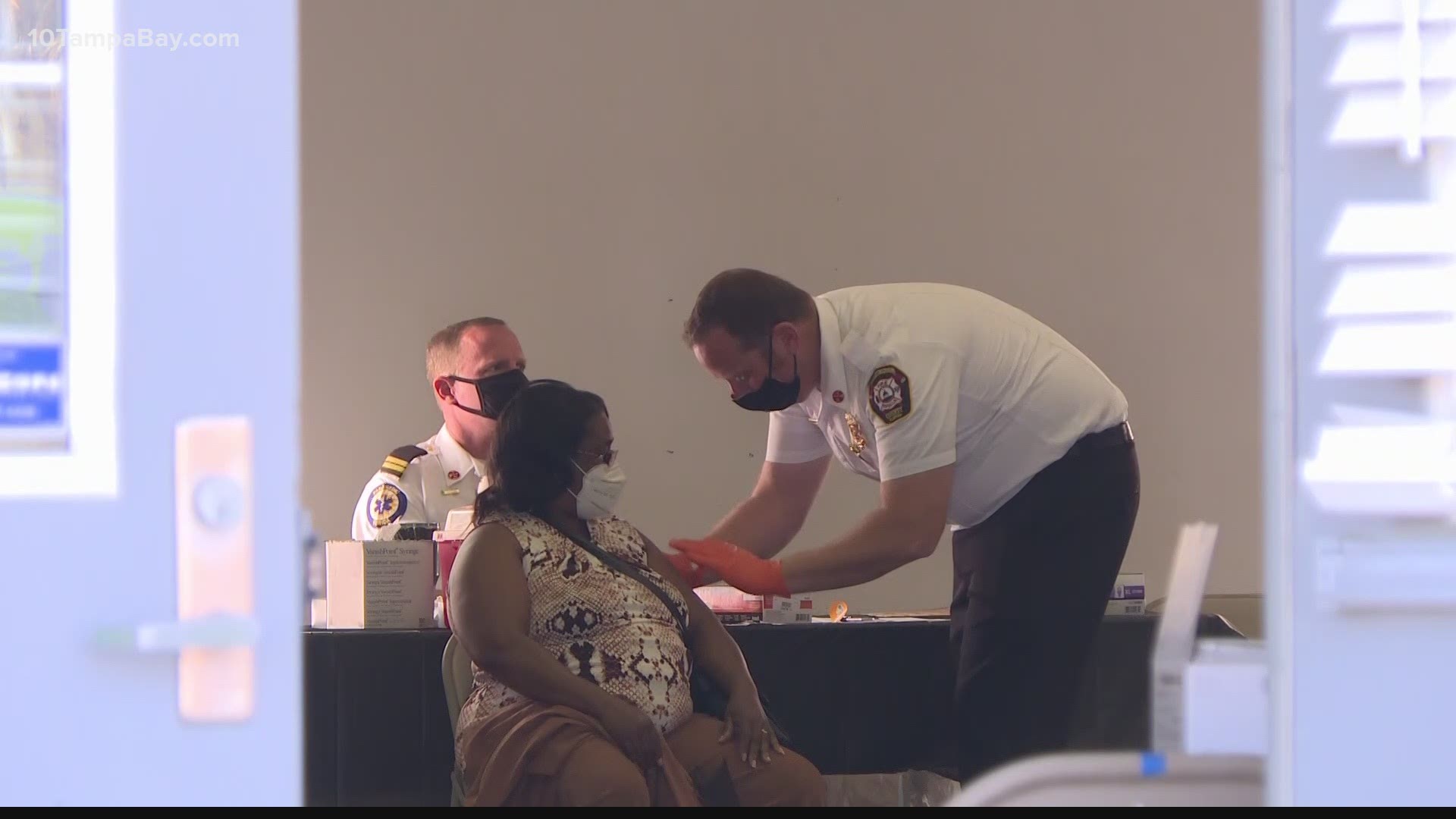 ST. PETERSBURG, Fla. — Conversations about vaccine accessibility, equity and fairness are once again at the forefront of Florida's distribution plan.

On Monday, while Florida Governor Ron DeSantis announced he was signing an executive order expanding vaccine eligibility, two other Florida politicians were blaming him for unfair and immoral vaccine distribution plans.

At a news conference in South St. Petersburg, U.S. Representative Charlie Crist (D- Florida) said, "Unfortunately, the story of Florida’s vaccine distribution has not been one of fairness. We need to discuss the civil rights issue of our time. Equal, equitable access to this vaccine is demanded."

Rep. Crist requested the Department of Justice look into how Governor DeSantis is picking and choosing his pop-up vaccination sites. On Monday he accused the governor of, "allowing his donors and allies to skip the waiting line everyone else has to navigate."

On Monday, Crist said the state needs to do a better job of reaching communities of color.

Rev. Kenneth F. Irby of Historic Bethel AME Church spoke alongside Crist. Irby is working with the Florida Department of Health in Pinellas County to reach communities of color. He believes the three areas where they need support are:

A spokesperson with the health department said Pinellas County has held vaccine events at nine locations including Historic Bethel AME Church and the Hispanic Outreach Center with another two scheduled this week at Lao and Arts Center and Bethel Metro Baptist as part of their health equity efforts.

According to the Kaiser Family Foundation, as of February 16, Black Floridians make up 6 percent of vaccinations. However, they account for 16 percent of COVID-related deaths. As a whole, Black people make up 16 percent of Florida's total population.

RELATED: How is Florida doing when it comes to vaccinating communities of color?

Florida Agriculture Commissioner Nikki Fried announced she was calling for a "Congressional Vaccine Investigation" along with the suspension of Vanessa Baugh, the Manatee County Commissioner who admitted to facilitating a vaccine site in Lakewood Ranch for people in two specific zip codes rather than using the county's existing random lottery selection process.

Fried wrote a letter to members of Congress encouraging an investigation of alleged political favoritism and potential corruption in COVID-19 vaccine distribution under DeSantis.

Fried wrote to Gov. DeSantis asking him to exercise his constitutional authority to suspend Manatee County Commissioner Vanessa Baugh. The Manatee County Sheriff's Office is already investigating how Baugh went about organizing the vaccine event and whether she abused her power.

"Baugh admitted that she skipped the line ahead of qualifying Floridians under your executive order, a clear abrogation of her public trust. The allegations against Baugh have been called “legally well-founded” and “serious crimes regarding official misconduct,” that, if convicted, could lead to a prison sentence."

DeSantis said there are some people who are more upset with him for vaccinating seniors than they are for other governors whose policies have killed seniors.

10 Tampa Bay reached out to the governor's office Monday for his response to criticism from Crist earlier in the day as well as Florida Agriculture Commissioner Nikki Fried's letters asking for a vaccine distribution investigation and the suspension of Manatee County Commissioner Baugh.