The CDC says Florida has received 1.6 million doses, but only 39 percent have been administered. 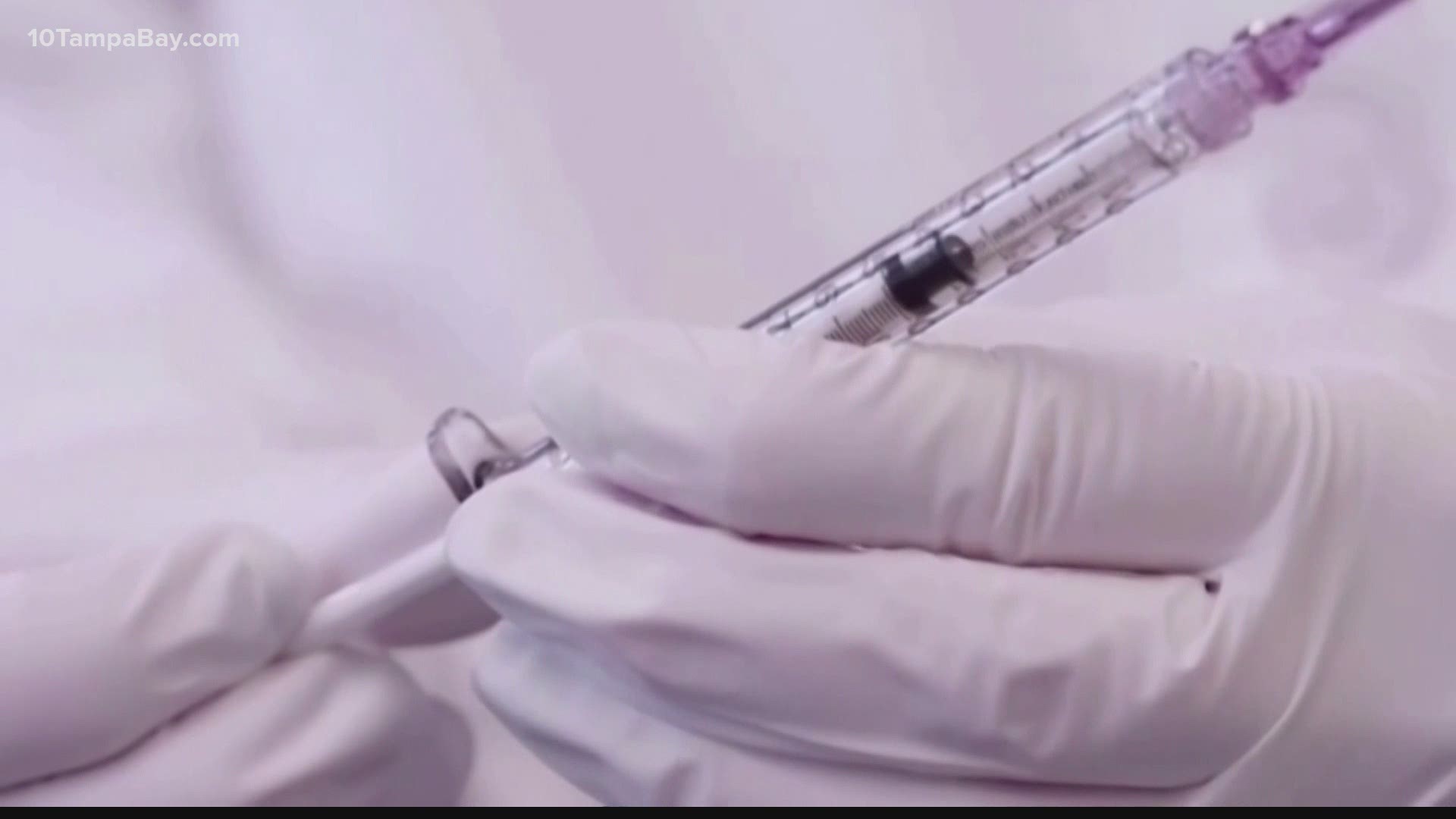 TAMPA, Fla — It's no secret Gov. Ron DeSantis has prioritized Florida's 4 million seniors to get the COVID-19 vaccine. Now he says the federal government is following suit.

"Reports today say that the federal government is going to advise all states to follow Florida's lead, for all of them to do 65 and plus and I think that's the best approach," DeSantis said in a press conference Tuesday.

The Trump administration announced several changes in an effort to get vaccines to more people, including urging states to start vaccinating people lower down in priority -- anyone older than 65.

"I think this is coming out of concerns that there are plenty of vaccine doses that are available, but they're not finding their way to the people who need them. There are some people who think that possibly, there's a bottleneck that's occurring. Just simply because we've sort of maxed out how many people that we vaccinated in that 75 and up group," Dr. Jill Roberts with USF Public Health said.

The infectious disease expert says if the number of people able to get the vaccine increase vaccines could get out a lot faster, but Florida still has a distribution problem.

"We have doses and they're not making their way to people and that's an issue. So if we know in advance, and we seem to know in advance, that there could be additional doses coming, we need to prepare for that ahead of time," Roberts said.

The CDC says Florida has received 1.6 million doses, but only 39 percent have been administered. That's leading scientists to believe the state needs more staff and resources to speed things up.

"I still don't think Florida is doing the right things the right way. This is when you have to have a plan and then when you have the plan, and it doesn't work in the real world, things change. You have to be willing to change," said virologist Dr. Michael Teng with USF Public Health.