The vaccines are part of a larger state initiative to vaccinate incarcerated persons. 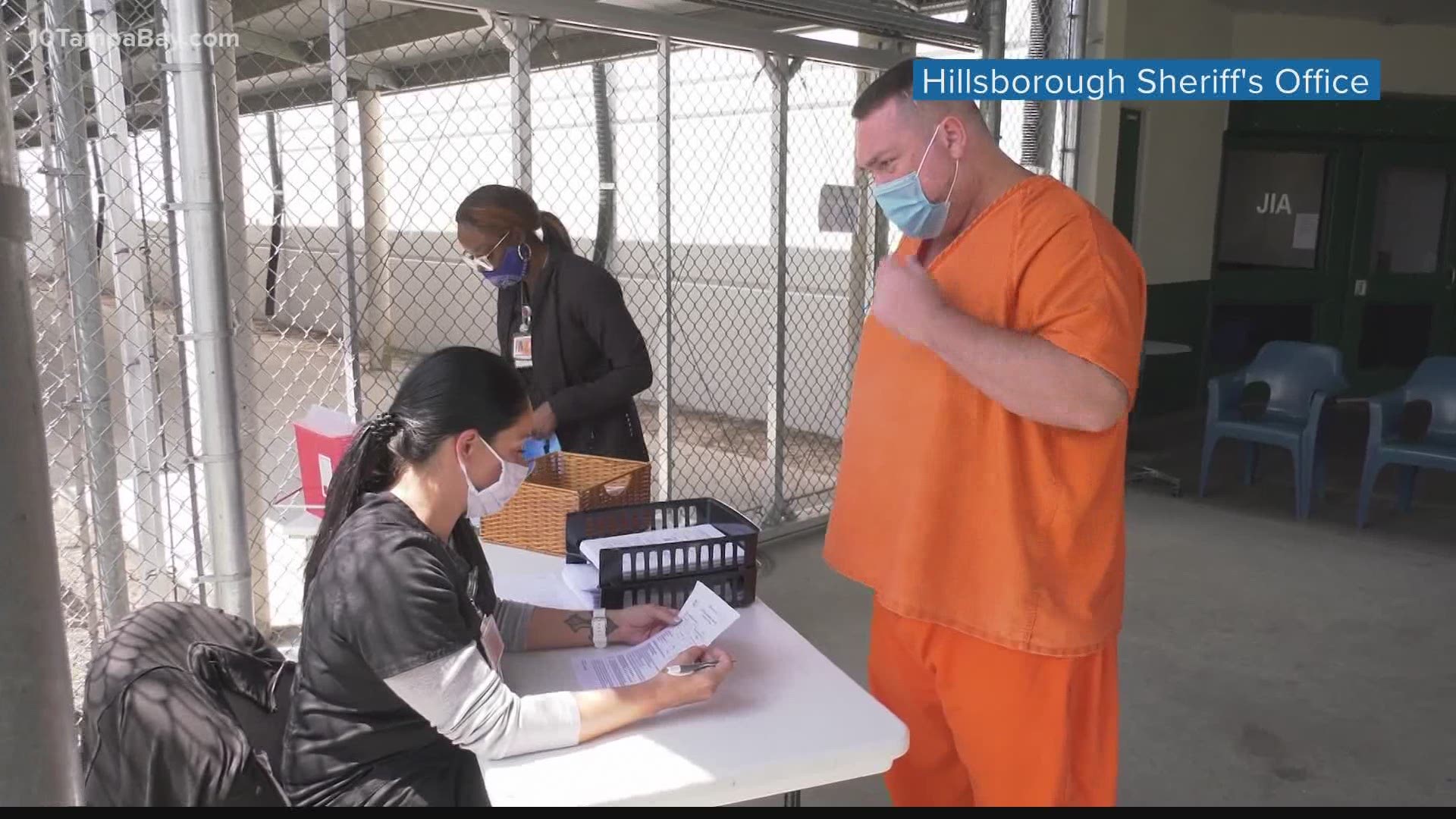 The Hillsborough County Sheriff's Office says inmates at the Falkenburg Road and Orient Road Jails will be receiving the Pfizer vaccine in the same priority order Florida's Department of Health originally distributed vaccines. Meaning, people 65 years and older will have first priority over other inmates.

Florida's Division of Emergency Management said it had allocated 33,000 doses for a handful of state-owned correctional facilities across Florida. DEM says it expects to offer vaccines to all staff and inmates at Florida facilities within the next two weeks.

The vaccines are voluntary, DEM and the sheriff's office said. Inmates can choose to opt out of being vaccinated, which a recent study shows is likely.

A recently released study done by the Centers for Disease Control and Prevention revealed that more than half of incarcerated or detained people said they would refuse a COVID vaccine.

The agency's Morbidity and Mortality Weekly report said more than 5,000 inmates at correctional and detention facilities across four states -- which included Florida -- were interviewed prior to vaccines receiving emergency use authorization. Among the group of participants, more than 2,800 said they would hesitate to take or outright refuse the vaccine.

The most common reason given was the need for more information. Almost a third of inmates feared the vaccine would flat out not work.

RELATED: CDC: Florida inmates among group of incarcerated people that say they will refuse COVID vaccines

Hillsborough County Sheriff's Office conducted a similar study and found that out of nearly 2,900 inmates, 640 said they wanted to be vaccinated.

Since the start of the pandemic, 352 Hillsborough County inmates have tested positive for COVID-19, the sheriff's office says.