How necessary are COVID booster vaccines?

Two FDA officials are questioning the need for booster shots so soon. 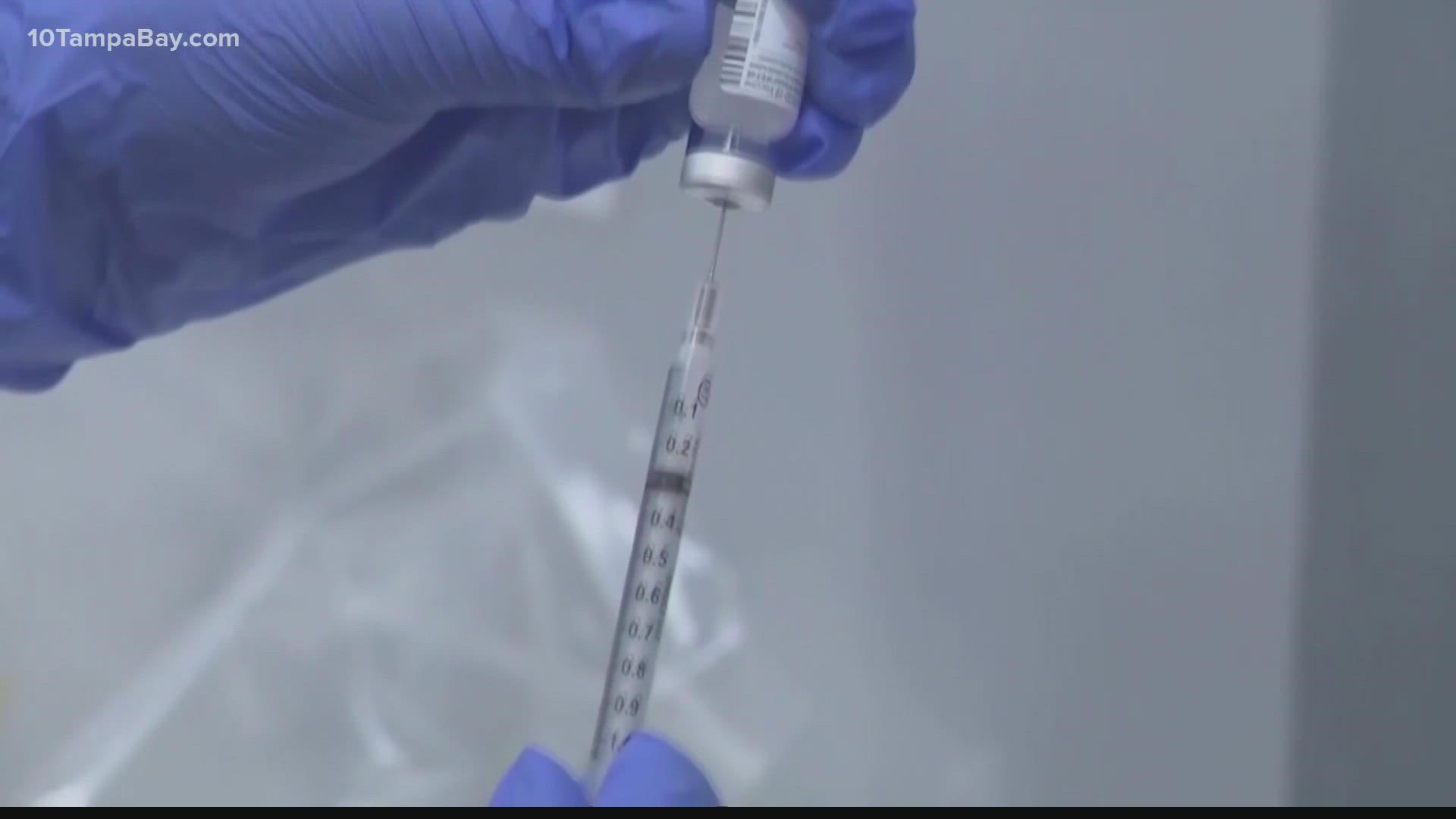 TAMPA, Fla — This Friday, the Food and Drug Administration will meet to discuss Pfizer's application for a booster shot.

Right now, the booster shot is approved for those immunocompromised. One Pinellas County woman who has Rheumatoid arthritis got her booster shot.

“My immune system is overactive. It’s sort of eating my bones. In order to control that I take medication that makes it suppressed. It makes it relax just a little bit," Chrissy Krampert explained.

Krampert talked to her doctor and decided it was in her best interest to get the booster shot because her immune system is compromised.

"I’m more likely to get sick with a cold. It takes me two weeks to heal from a papercut," Krampert added.

Others who don't have underlying health conditions wonder, when will I need a booster shot? Well, that depends who you ask.

RELATED: No, the mu variant is not the dominant COVID-19 strain in the US

Two top FDA officials are now questioning the need for everyone to get a booster shot right now.

Dr. Phillip Krause and Dr. Marion Gruber contributed to a review published in the Lancet. Both FDA officials have announced they are leaving the agency.

In the Lancet, they expressed concern for approving a booster shot for people so soon. They agree the COVID-19 vaccine is effective and saving lives, but a booster may not be necessary for everyone right now.

"Current evidence does not, therefore, appear to show a need for boosting in the general population, in which efficacy against severe disease remains high," a quote from the review in the Lancet.

The review says, instead of a booster, officials could distribute vaccines to areas where vaccines are needed. "If vaccines are deployed where they would do the most good, they could hasten the end of the pandemic by inhibiting further evolution of variants. Indeed, WHO has called for a moratorium on boosting until the benefits of primary vaccination have been made available to more people around the world," the review stated.

Another concern the review reveals is if a booster is given too soon without supported data, the dosage may be incorrect as well as the timing.

"Although the benefits of primary COVID-19 vaccination clearly outweigh the risks, there could be risks if boosters are widely introduced too soon, or too frequently, especially with vaccines that can have immune-mediated side-effects - such as myocarditis, which is more common after the second dose of some mRNA vaccines, or Guillain-Barre syndrome, which has been associated with adenovirus-vectored COVID-19 vaccines," the review stated.

Other health experts will argue a booster will help with immunity.

“Every year we have to get another flu shot because last year's flu shot didn’t work. It’s the same thing with the Coronavirus," Dr. Jill Roberts, a USF professor explained.

Dr. Roberts said there were always talks of a booster and she believes when approved, people should get it.

“We haven’t vaccinated enough people. We haven’t knocked this thing down. It just backs up what we’ve been saying over and over again, the only way to stop these variants is vaccinating," Dr. Roberts stated.

The FDA will meet on Friday and they will consider approving Pfizer's booster shot.