In a news conference, DeSantis urged people to be patient. 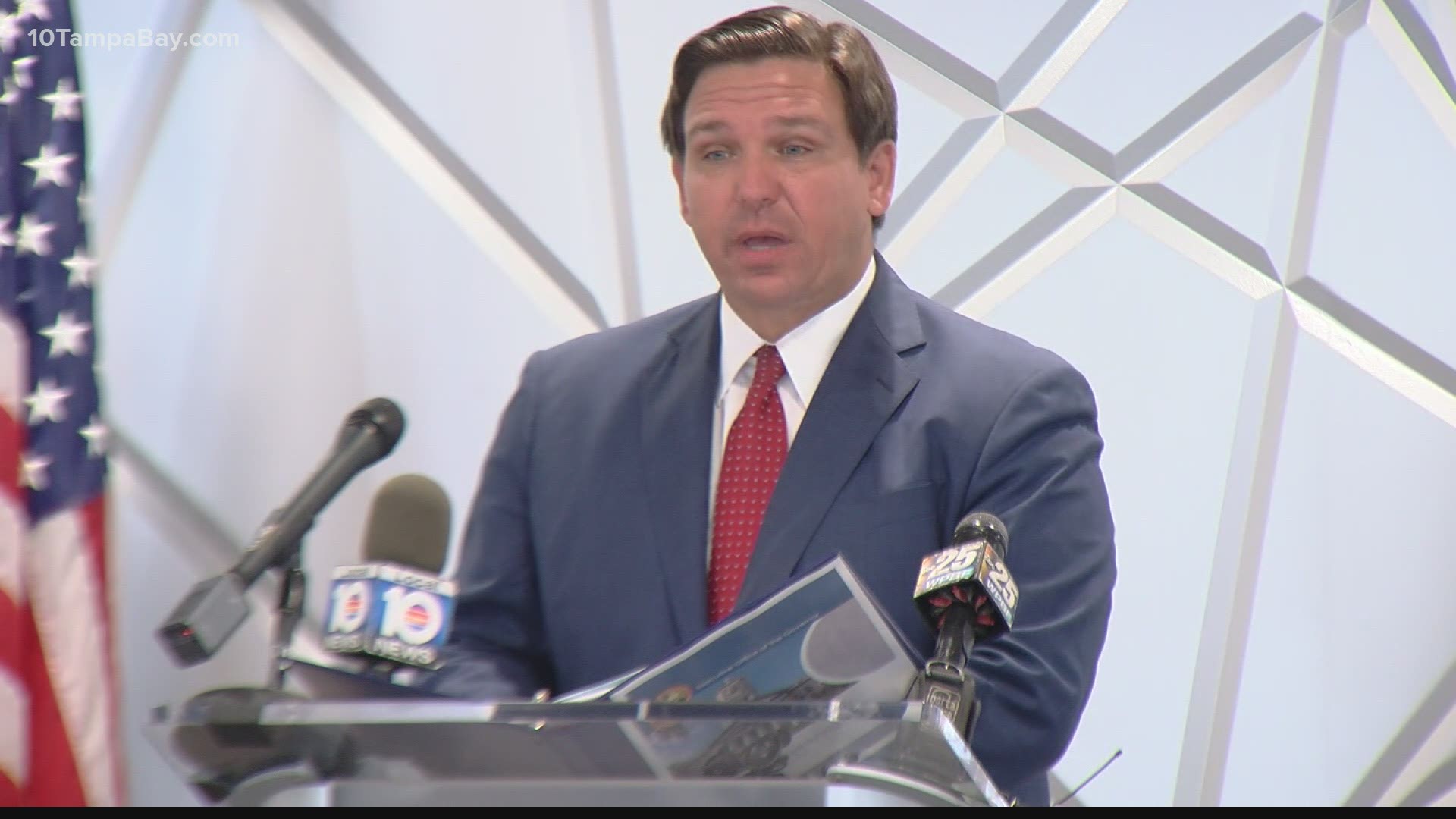 Nikki Fried, the only Democrat to serve in the Florida Cabinet, in a letter to the Republican governor said "the lack of preparation and progress on administering those critical, life-saving vaccines is inexcusable."

The state has received 1,218,300 doses – a number also reported by Bloomberg News in its tracker – of Pfizer's and Moderna's shots, Fried said, adding of those, about 15 percent have been administered. The Associated Press reports Florida has gotten more than 767,000 doses.

According to the Florida Department of Health, 175,465 people have been vaccinated statewide.

The U.S. as a whole has failed to reach its initial, year-end projection of 20 million vaccinations. According to the Centers for Disease Control and Prevention as of Dec. 30, a little more than 2.5 million Americans have received their first dose – and 12.4 million doses have been distributed nationwide.

That has "fallen dangerously short of expectations," Fried said. But statewide, Fried writes the state can do more "to oversee a timely, orderly centralized process for distributing" vaccines by mobilizing the Florida National Guard.

Today, I wrote to @GovRonDeSantis strongly encouraging he mobilize @FLGuard to coordinate #CovidVaccine in Florida.

The state's chaotic approach has frustrated Floridians, overwhelmed local agencies, and has vaccinated just 0.68% of Florida residents so far.

Many seniors found themselves waiting in long lines early Wednesday at vaccination sites in Lee County only to learn doses were used up. Sarasota County announced it would take appointments at 3:30 p.m. Wednesday for the following day. But the health department site did not update on time; and when appointments became available, they were taken within minutes.

"Instead of efficient, centralized distribution management by the State of Florida, distribution has been left to hospitals and county health departments," Fried said. "While [DeSantis characterizes] this as 'cutting out the middle man,' vulnerable residents are left without answers or clear direction from overwhelmed local agencies on when, where and how to receive the vaccine."

10 Tampa Bay has reached out to the governor's office for comment on Fried's letter but has not yet heard back.

DeSantis on Wednesday urged people, especially seniors who are the next major group after health care workers to receive a vaccine, to be patient as there are not enough doses to go around right now.

"If you are 65 and older, you are going to get access to this," DeSantis said. "It may not be today for everyone, may not be next week. But over the next many weeks, as long as we continue getting the supply, you're going to have the opportunity to get this."