In some locations, there have been hundreds of doses left unused at the end of the day. 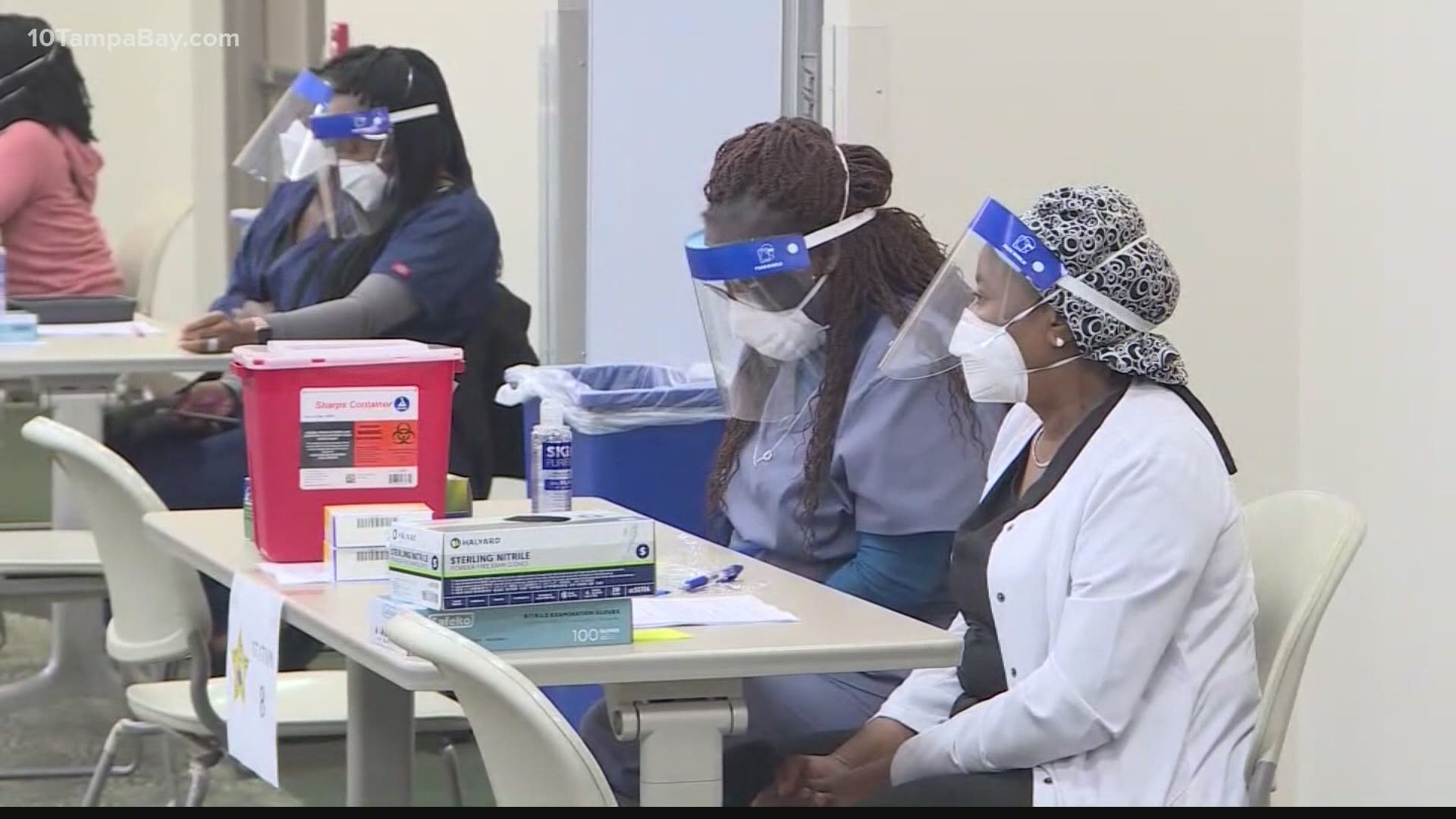 TAMPA, Fla. — Public health workers are concerned about a recent drop-off in the number of people looking to get vaccinated all around the Tampa Bay region.

In some locations, there have been hundreds of doses left unused at the end of the day.

“I mean, it is disappointing if people are not turning up and there’s a lot of spare vaccines going,” said USF Public Health Epidemiologist Dr. Edwin Michael.

Dr. Michael and other public health workers are frustrated, in fact, saddened by a sudden and steep decline in the number of people receiving the COVID-19 vaccine.

“You know, we can end this pandemic,” he said.

In Hillsborough County, the health department is trying to figure out what’s behind the troubling decline.

On a recent day, for example, at the Plant City vaccination site, 1,000 doses were available but only 200 people showed up. And that was before the J&J vaccine pause.

It’s a similar problem in Polk county where there’s no shortage of vaccines. But on average, fewer than 400 people a day had signed up for a shot last week on the county’s registration site.

Hard to address that, say health workers, when half are hesitant to say why.

“And what’s unfortunate is there are going to be some people who listen to the misinformation that’s out there who will contract COVID and could potentially die because of COVID,” said Timothy Regan, Pres. of Lakeland Regional Medical Center. “And that’s just a real shame.”

Health experts think it’s a number of factors: Younger people who don’t think they’ll get sick; vaccine mistrust in certain minority communities; skepticism about how quickly the vaccines were developed; and, as with masks, a political divide.

“There is a mistrust of government in some states,” said Dr. Michael, “And so, even vaccination, they think it’s a form of control.”

Dr. Michael says older, more vulnerable people have gotten the shot. Now they need to convince those 20 to 49 to step up.

“So, I think that they might push, might move towards those sorts of incentives,” said Dr. Michael.

If people still need a reason beyond keeping themselves and those around them safe, health workers say consider the fact that the longer it takes to get people vaccinated the greater the chance that we might see variants - which could then prolong a full economic recovery.

“If we can just get twice the number of people getting the vaccines,” said Dr. Michael, “You know, by the end of July, this is over.”