The option would eliminate the need for a shot and could be transported to remote parts of the world with less temperature control. 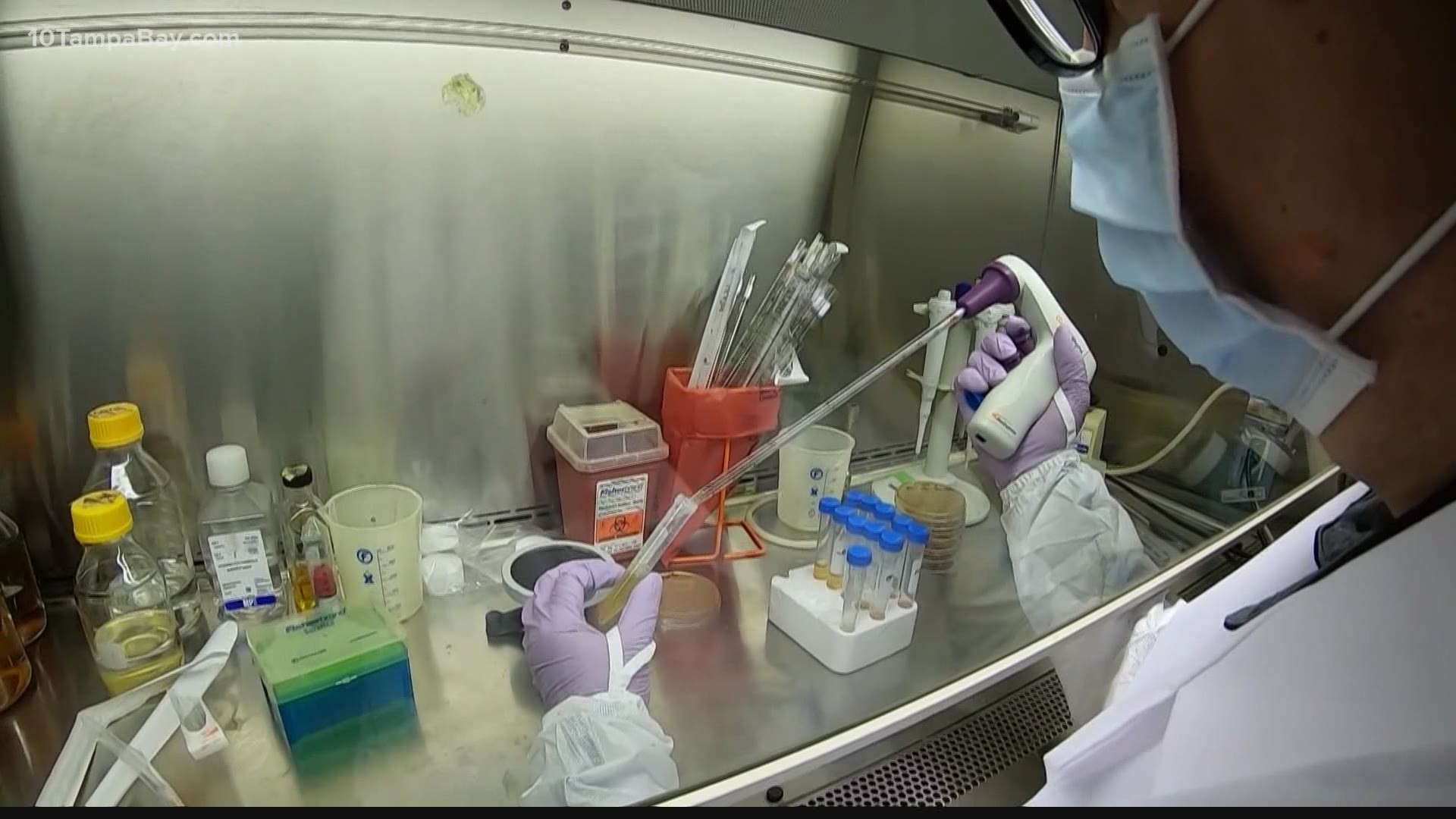 TAMPA, Fla — America is vaccinating at a record pace.  But experts say the war is far from over.

“We do think that this has the potential to be a longer-term issue,” said Alan Joslyn, CEO of Oragenics, a small biopharmaceutical company based in Tampa.

His company is exploring new ways to deliver COVID-19 vaccinations to segments of the population that might take longer to reach.

“The folks that we are actually after are, for example, children, people who don’t like needles, remote areas of the planet that getting some of the currently available vaccines to can be difficult.”

The company is currently using spike protein technology developed at the National Institutes of Health to create something new-- a vaccine delivered not through a shot in your arm but a nasal mist up your nose.

“It would be huge from a public health perspective,” says Joslyn. “That’s part of the reason we’re doing this. There are lots of needle-focused vaccines, particularly right now. It takes a bit longer to go through the process of development of an inter-nasal [vaccine], just because of the device itself, but we’re looking to try to actually have that type of vaccine available for those people who don’t like needles and children especially, who really don’t like needles.”

The company hopes to begin clinical trials later this year with hopes of approval by as early as 2022.  And while that might seem too late, vaccinating the entire world is no easy task.

The nasal vaccine would be easier to transport to remote areas because it requires less temperature control. It could also be used if continued vaccinations against COVID are required like with flu.

“One thing that we don’t know is how long the current set of vaccines actually provide protection,” said Joslyn. “Do you need booster shots? If you do, how often do you need a booster shot?”

The company is positioning itself to be ready for the unknowns.

“I can assure you that not only Oragenics, but every company that’s out there and developing vaccines is trying to do so as quickly as humanly possible,” said Joslyn. “As soon as we can get this newer approach out we certainly will.”