It still could be a few weeks before we have a full grasp on if the FDA approval of the Pfizer vaccine made a difference in Florida, according to a USF doctor. 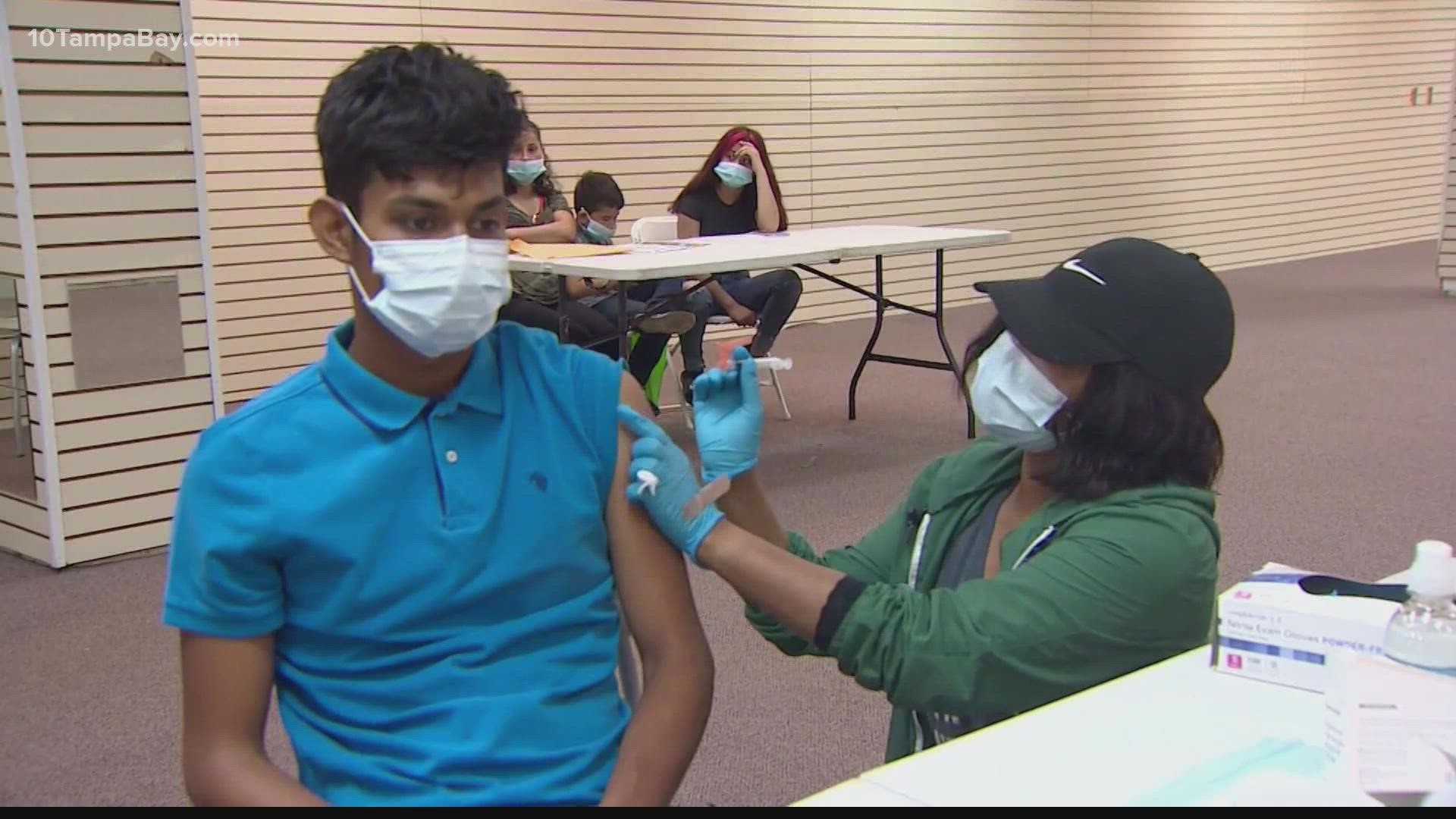 TAMPA, Fla. — According to the Florida Department of Health, during the month of August, the state has seen a drop in first-dose vaccinations on a weekly basis.

In the most recent report showing data from Aug. 20-26, there were 184,753 people who received their first dose of a COVID-19 vaccine.

The last four reports show a similar drop in people receiving their first vaccination. The graph below uses data compiled from the state's weekly COVID-19 reports.

"What they're showing for the state of Florida is the trend is dropping," said Dr. Jill Roberts with USF Health, who's disappointed in the latest vaccine trends. "We would have like to see an increase, especially with the full approval."

Roberts said it still could be a few weeks before we have a full grasp on if the Food and Drug Administration approval of the Pfizer vaccine made a difference in Florida. But by looking at recent reports, the numbers aren't promising.

Roberts said in this point of vaccine approval, the conversation should have shifted away from whether or not getting your shot is safe.

"We really have to have the conversation from 'are you getting vaccinated' to 'when are you going to get your next booster shot,'" she said.

The state does not report COVID-19 data on a daily basis. Roberts said the lack of daily reporting could have an impact on people on the fence on vaccinations, saying the more information the state can make available, the better.

The Florida Department of Health's data shows, taken as a whole, vaccinations have gone up as much as 20 percent from June 25 to Aug. 26 in certain age groups.

The bump in shots means that 68 percent of, or 13 million, eligible Floridians are now vaccinated against the coronavirus.

The Florida health department says it focused on "Seniors First," and as a result, this age group has a high vaccination rate of 87 percent.

Floridians can find a vaccine site near them on the state health department's website.