Andrew Brewer, 33, said his doctor gave him 15-30 years to live. He contracted COVID in February of 2021 along with his wife and son. 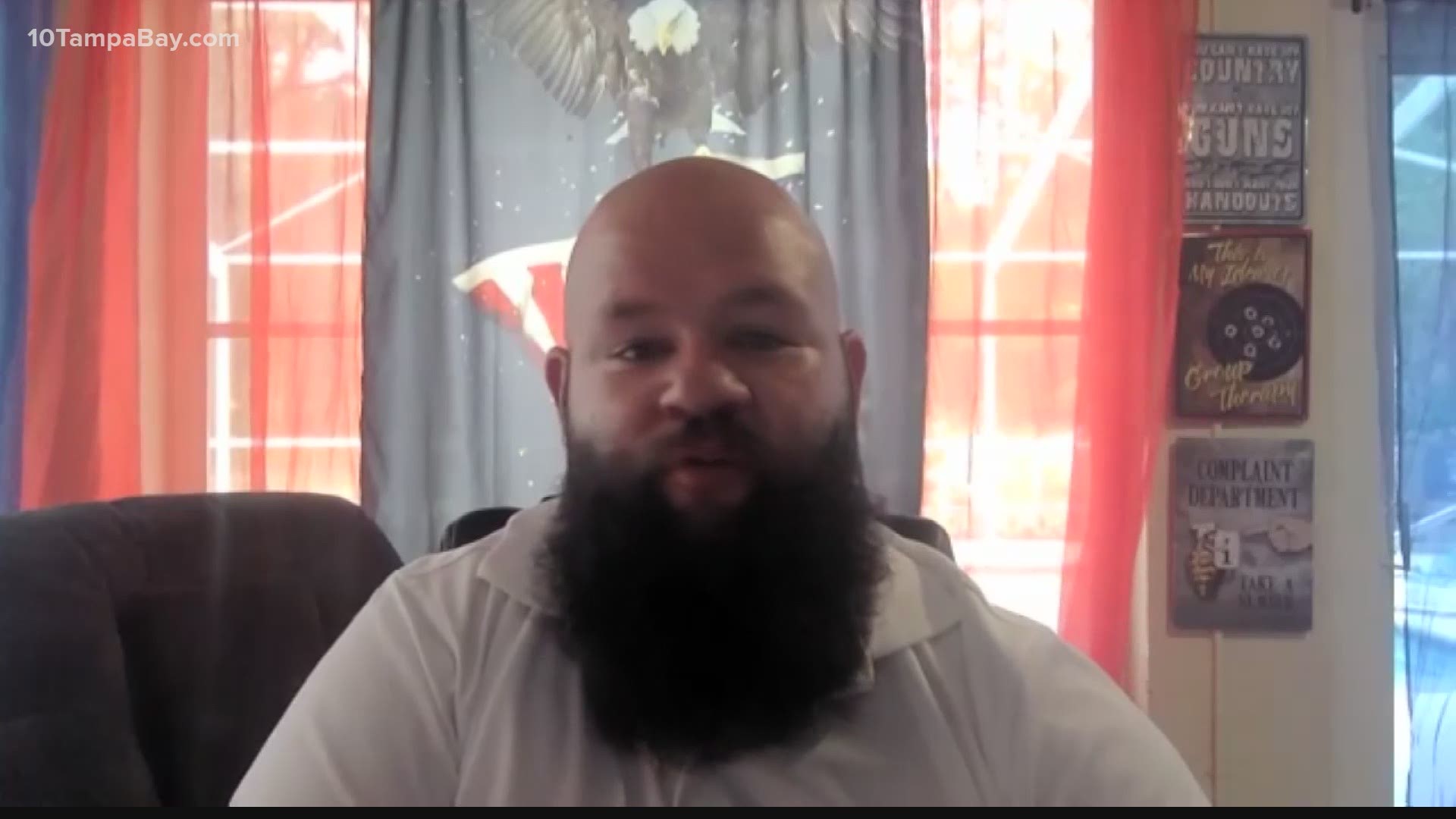 He was 21 years old at the time and in the best shape of his life. During his deployment, Brewer frequently inhaled toxic smoke from burn pits.

Burn pits were used in Iraq and Afghanistan as a way to eliminate waste like chemicals, ammunition, oil and other items they needed to get rid of. Many veterans have described it as a burning hole of toxic waste.

At the time, many didn't consider the burning pit a high-priority threat, including Brewer who said he was just focused on the mission at hand.

"I never really thought about this as damaging or could hurt me later," he said.

Within just a few months of coming home, Brewer noticed changes to his overall health. He developed sleep apnea and noticed he would get winded very easily.

By the time his son was born a few years later, Brewer said he would get winded just walking across the house with his baby son in his arms.

He said he was eventually diagnosed with constrictive bronchiolitis and has been fighting for the proper healthcare and benefits through the VA ever since.

"To almost give a time stamp on your life at such a young age makes you rethink a lot of things," he said.

Brewer now works and advocates for veterans dealing with the long-term effects of toxic exposures through the Veteran Warriors foundation.

The organization is advocating for Congress to act soon to ensure veterans get the care and benefits they need.

In the midst of his own health struggles, Brewer contracted COVID-19 in February along with his wife and young son. He said he'd been extra careful because of the fragile state of his lungs.

"I’ve had a few friends pass from COVID due to it and constrictive bronchiolitis," said Brewer, who ended up beating COVID-19.

Because his lungs are rapidly deteriorating, Brewer isn't sure if some of the recent respiratory decline is due to COVID-19 or constrictive bronchiolitis.

"I’ve gotten so used to how my lungs function that I adapt my daily life to it," he said.

Brewer believes he beat COVID-19 so he can keep fighting for veterans who survived the warzone but struggle to breathe every day here at home.