Why do some people with COVID-19 get really sick but not others? Wearable sensors might answer that.

Researchers at the University of South Florida are monitoring skin temperature and other physiological patterns of 150 COVID-19 patients. 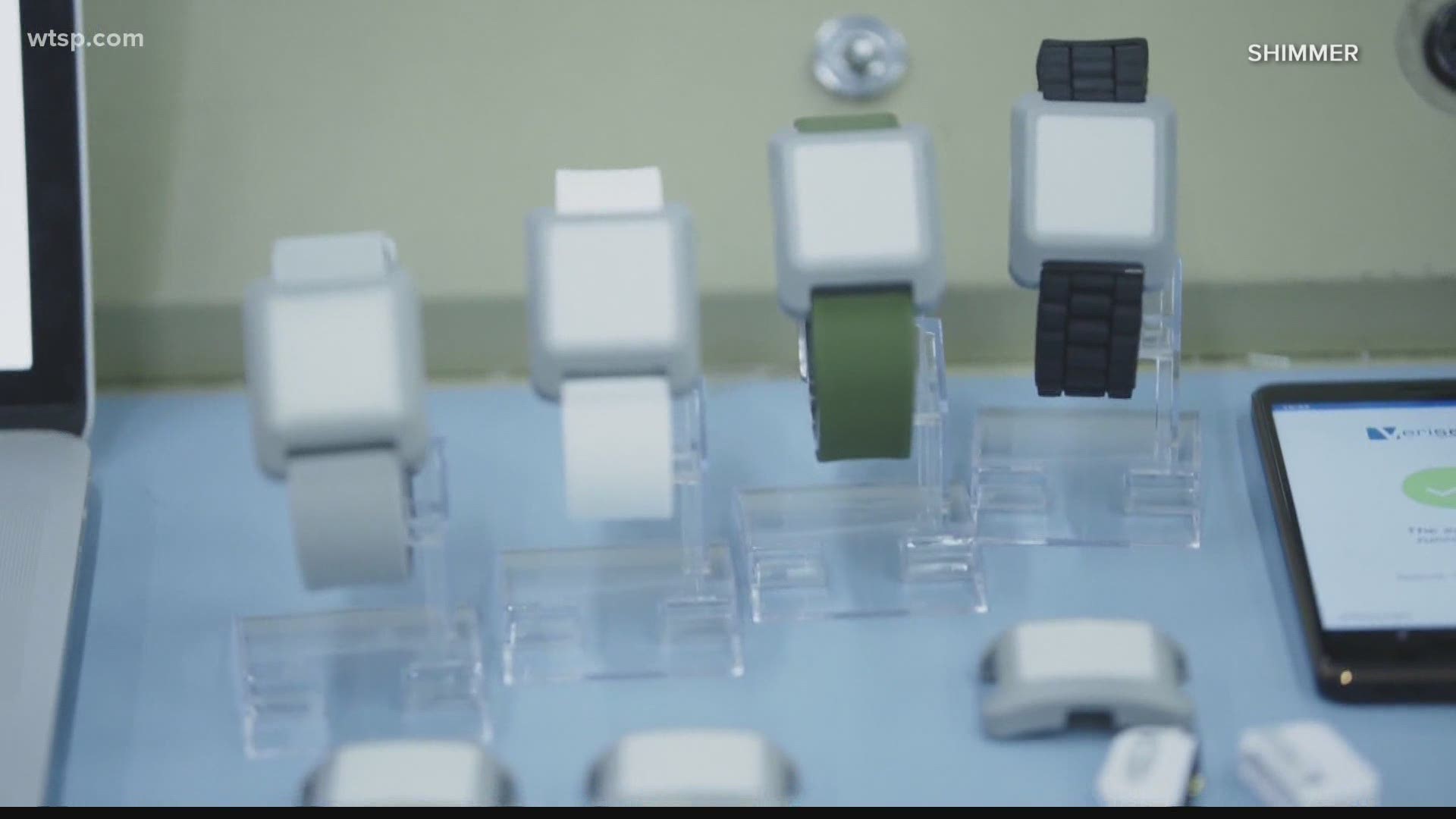 TAMPA, Fla. — As the number of new coronavirus cases increases in Florida and other states, there’s still a lot that researchers are trying to figure out about the novel virus.

One thing they do know is that while the rate of infection is climbing, the percentage of people who get COVID-19 and experience the most severe symptoms remains relatively low.

What they don’t know yet is why some otherwise healthy people get really sick from infection but not others.

“We definitely have awareness that certain populations have underlying conditions and they are at higher risk of having an adverse reaction to this virus,” said Dr. Matthew Mullarkey, the lead investigator on the project.

“What we’re interested in studying, though, is why it sometimes happens to otherwise healthy individuals… who suddenly develop blood clots, lungs filled with fluid, a respiratory issue.”

RELATED: Florida sees highest number of new coronavirus cases yet: 2,783 in one day

Using tiny sensors that can be worn around a person’s wrist and chest, University of South Florida researchers hope to figure out how to predict when a patient might be most at-risk for severe symptoms to ultimately be able to prevent it.

Mullarkey says 15 specific biometrics will be monitored non-stop in the patients for between 14 to 21 days.

It’s a massive amount of data that, Mullarkey says, could reveal patterns of how different people react to being infected with the virus. Those patterns could help identify early indicators—an early warning system—signaling if an otherwise healthy person could be at risk of developing more severe symptoms.

“The purpose would be to help physicians diagnose earlier that a particular patient has this certain set of three, four, five variables that are going to go sideways,” he said.

“So we could get two, to four, to six days in front of the person ending up in an ICU and begin a treatment plan targeted at that particular physiology.”

RELATED: Epidemiologist says data can be misleading and coronavirus is spreading in Florida

The study is a partnership between the USF MUMA College of Business, Tampa General Hospital-USF Health COVID Clinic and USF College of Nursing.

The wearable monitoring technology is similar to sensors USF MUMA College of Business researchers used in February in a first-of-its-kind experiment to measure how viewers biometrically responded to watching a presidential primary debate. The sensors are manufactured by the same company called Shimmer.

"The vast majority of us are relatively healthy individuals and are still at risk of contracting this virus," Mullarkey said. "All of us could benefit potentially from the information we can learn."