When Susan Bernstein's father was in the hospital, the only connection they had was through the phone. 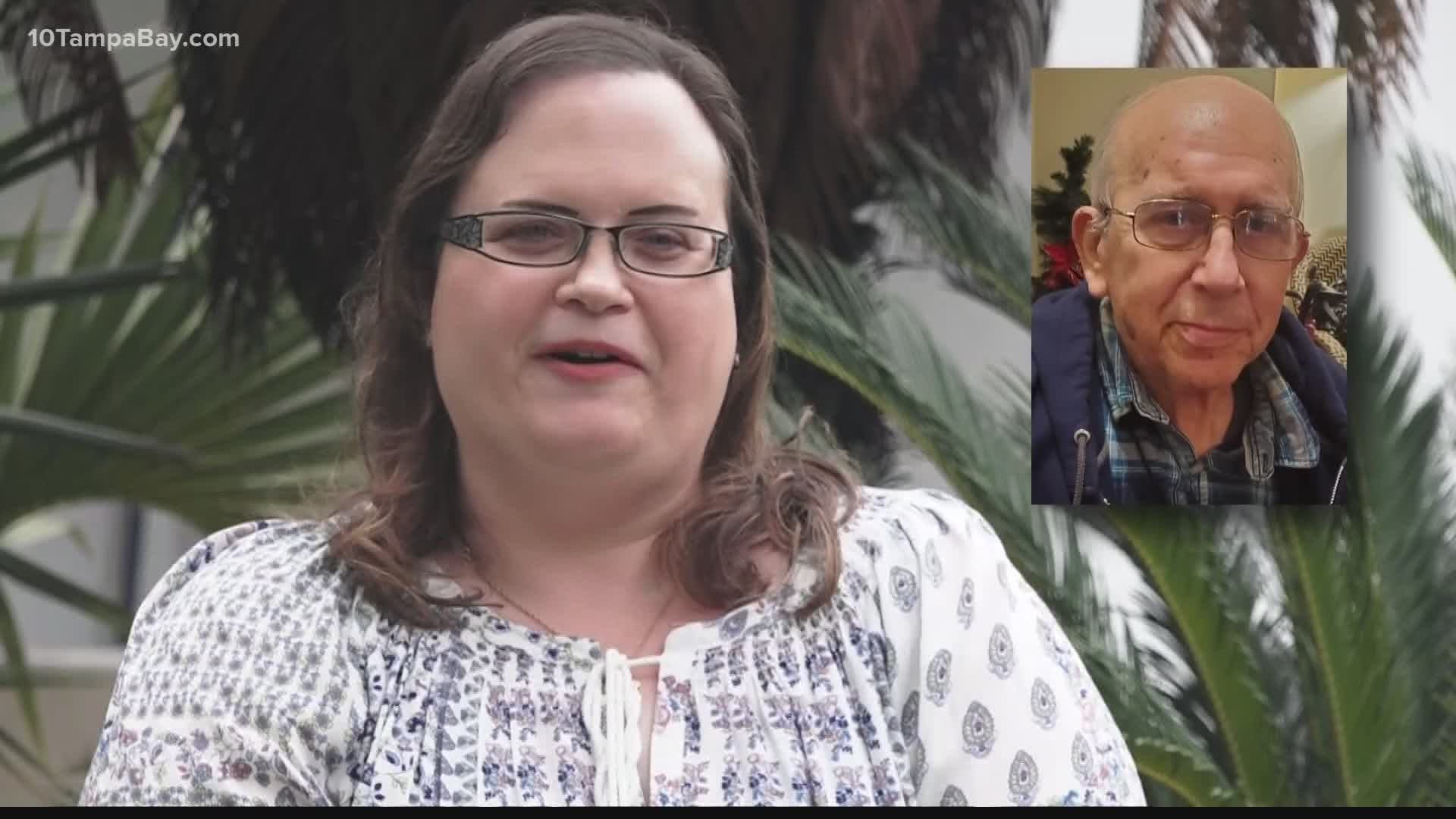 TAMPA, Fla. — The elderly population in long term care facilities, hospitals and rehab centers are some of the most vulnerable people during a time when they can't see family.

A Tampa family knows exactly what it's like to be separated for months.

"He has a wicked sense of humor! He is so funny and has a great heart," Susan Bernstein said.

Bernstein is the apple of her dad Walter's eye. He is an 83-year-old disabled veteran. He almost lost his life in the ICU back in April while battling sepsis and pneumonia.

"I saw him he was not looking well at all, on the ventilator, and the doctor said he's not going to make it," Bernstein said.

Four days, later his vitals picked up, but he still had to stay in the hospital alone.

"Not having him communicate with me, that was extremely difficult because I didn't know what he was thinking," Bernstein said.

Walter was transferred to Excel Care Center in Tampa after one month. That's where he is now. Bernstein can't visit because of the coronavirus pandemic.

"I did do some window visits, but he wasn't really responding to me," Bernstein said.

While Walter was in the hospital and the rehab center, the only connection they had was through the phone. Their video chats keep him alive.

Bernstein has been pushing for him to be discharged after finding out he tested positive for COVID-19. She says he's asymptomatic

"I don't think he would've survived COVID if he had gotten any of the worst symptoms. He said to me several times, 'This is not what I live for. I wish I would've died when I was in the ICU. I'm meant to be with you and spend the rest of the time I have left with you,'" Bernstein said.

The isolation and lack of love have impacted Walter.

"It can absolutely kill someone in that state. We're trying to protect them from the virus, but instead, we're killing them from the isolation and the loneliness. Something needs to be done," Bernstein said.

Thankfully, Walter is doing better now and is able to go home, but Bernstein said he's one of the lucky ones.

"I am so thankful for that and feeling so blessed that he can come home," Bernstein said.

Bernstein is apart of a group that is sending a letter to Gov. Ron DeSantis. They're asking him to make some changes to the visitation rules at nursing homes and hospitals.

RELATED: DeSantis promises opening up nursing homes to visitors is a priority, but it has to be safe