Some Bay-area counties are counting on the federal funds to cover costs associated with increased mail-in voting and added safety measures at polling places. 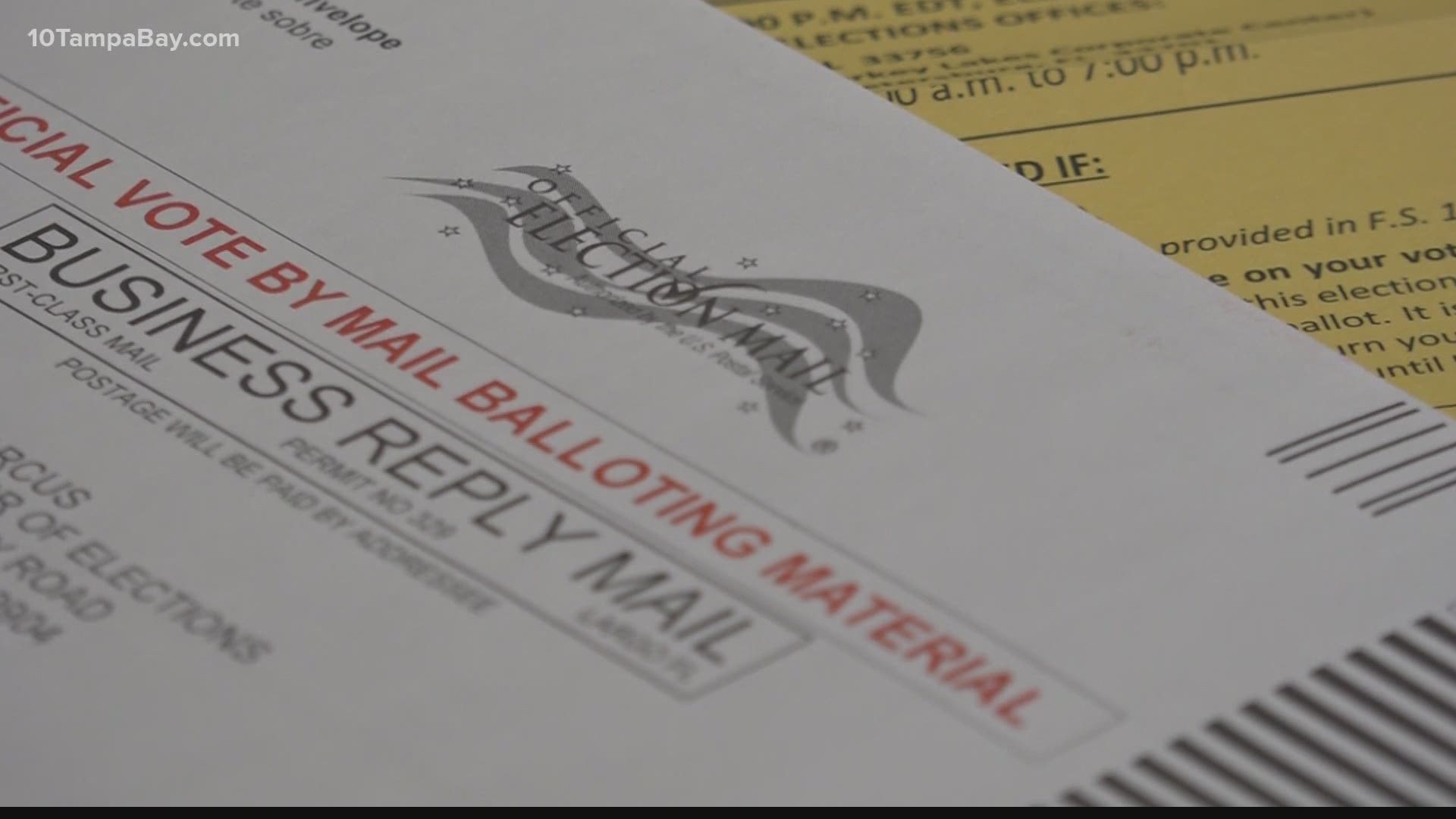 But given the ongoing COVID-19 pandemic, elections officials in some Bay-area counties are counting on promised federal funding to help offset mounting additional costs being incurred to keep voters and workers safe and ensure the process runs smoothly.

In Pinellas County, where more than a quarter-million dollars not originally budgeted for elections has been spent so far, $850,000 in emergency federal funding has been requested.

“Every day that goes by that we don’t have the money we’re supposed to have means that we’re going into money we’ve already allotted elsewhere.”

In addition to purchasing masks, sanitizing wipes and, in some cases, even enough pens so that no one has to share at a polling location, counties are also dealing with added expenses from increased interest in mail-in voting—which comes with printing and postage costs.

Normally Pinellas County keeps about 50 poll workers on standby. But after so many poll workers canceled at the last minute ahead of the state’s presidential preference primary in March—just as the coronavirus was declared a pandemic—Chase says the county now has more than 100 on standby, just in case.

When Congress passed the CARES Act in March, it included $400 million specifically to help states cover added expenses brought on by the pandemic.

The official request from the state for Florida’s share—approximately $20 million—was submitted in mid-May.

But with the state’s August primary just two weeks away and planning well underway for the November general election, no Bay-area county has received a dime of the promised money.

“I’ve sent emails up to the state and we’ve gotten no reply,” said Brian Corley, the supervisor of elections in Pasco County where $502,000 in federal funding has been requested.

“We’re in the dark and we need it,” Corley said, citing a big increase in overtime costs due to an influx in mail-in-voting.”

RELATED: VERIFY: You should mail ballots in at least 7 days before election day

In Hillsborough County, a spokesperson for the supervisor of elections said they had not yet received any of the approximately $1.1 million requested.

A spokesperson for the Florida Division of Elections did not respond to an email from 10 Tampa Bay on Tuesday asking when the funds would be available and how they would be distributed. Several calls to the Florida Department of State’s communications office went unanswered and the voice mailbox was full.

“Your guess as to why we haven’t gotten the money is as good as mine,” Chase told 10 Tampa Bay, saying he’d been told Tuesday by someone with the state the money would be available within two weeks.

“But when we originally submitted the paperwork we were told we should have the money between seven to 10 days,” he said. They submitted the request more than a month ago.

The need for the funding appeared less urgent among other Bay area elections supervisors.

Michael Bennett, the supervisor of elections in Manatee County said he likely would need “nowhere near” the $360,000 requested.

“I’m cheap,” he said, laughing. “I’ve had that reputation, when I was in the (state) House, in the Senate, and now as the supervisor, I don’t like spending money just because it’s available.”

Polk County Supervisor of Elections Lori Edwards said she expected eligible expenses would amount to no more than $350,000 of the nearly $600,000 she expects the county to receive.

A report from the Brennan Center for Justice at New York University estimated in April that Congress should set aside at least $4 billion to ensure safe elections between then and November.

The largest portion of that would go to making mail-in balloting available to everyone. They estimate that would cost nearly $1.5 billion.

The cost to transform polling places to meet public health standards is estimated to cost $29 million.

Here's a county-by-county list of supervisor of elections' websites where you can find more information about voting in your county: