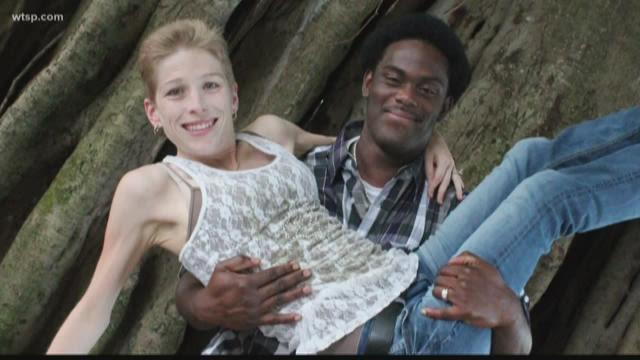 TAMPA, Fla. -- This week is Eating Disorder Awareness week and here in Tampa Bay, it culminates with an event Sunday called EveryBODY Walk.

It's to celebrate everyone of every shape and size. Here's the thing about an eating disorder: it's considered a mental illness, but it's often ignored until someone is in dire need of help.

Amanda Zephrin, 28, will be at this year's walk and wanted to share her story with everyone to possibly help others who might be struggling. She suffered for years with anorexia, going back when she started college.

And it was a comment about gaining "the freshman 15" that sent her over the edge.

Here's her story in her own words:

"We were going out for dinner that night and I just remember not really eating, not feeling good about myself and then it just went downhill from there," she said. "I started excessively restricting, two-a-day workouts and that was at 19 and I didn't come to Fairwinds until I was 25.

"I was always wearing baggy clothes so nobody could really tell how bad it was. I got so bad, I didn't even have muscle anymore, but that's not what I saw.

"But nobody in my family was really speaking up or saying anything. And I don't know if it's because they were afraid or they didn't know just what to say, but my husband did reach his breaking point. You can't do it alone. We can't overcome eating disorders alone. I used to think it was a me situation so I had to get myself out of it.

"I've been healthy now, same weight and everything for almost three years, but I'm becoming more confident now. Your worth is more than just what an image looks like or what society's opinion wants your image to look like.

"Your worth comes from in here and nobody can take that from you."

Zephrin is doing great now and even though she's recovered from her eating disorder, she won't say that. She says she's recovering because she knows it's something she'll have to battle all her life.