Floridians are becoming more obese, at risk for diseases

A new report shows there's been an increase in the number of Floridians who have a high BMI, diabetes, physical inactivity and hypertension. 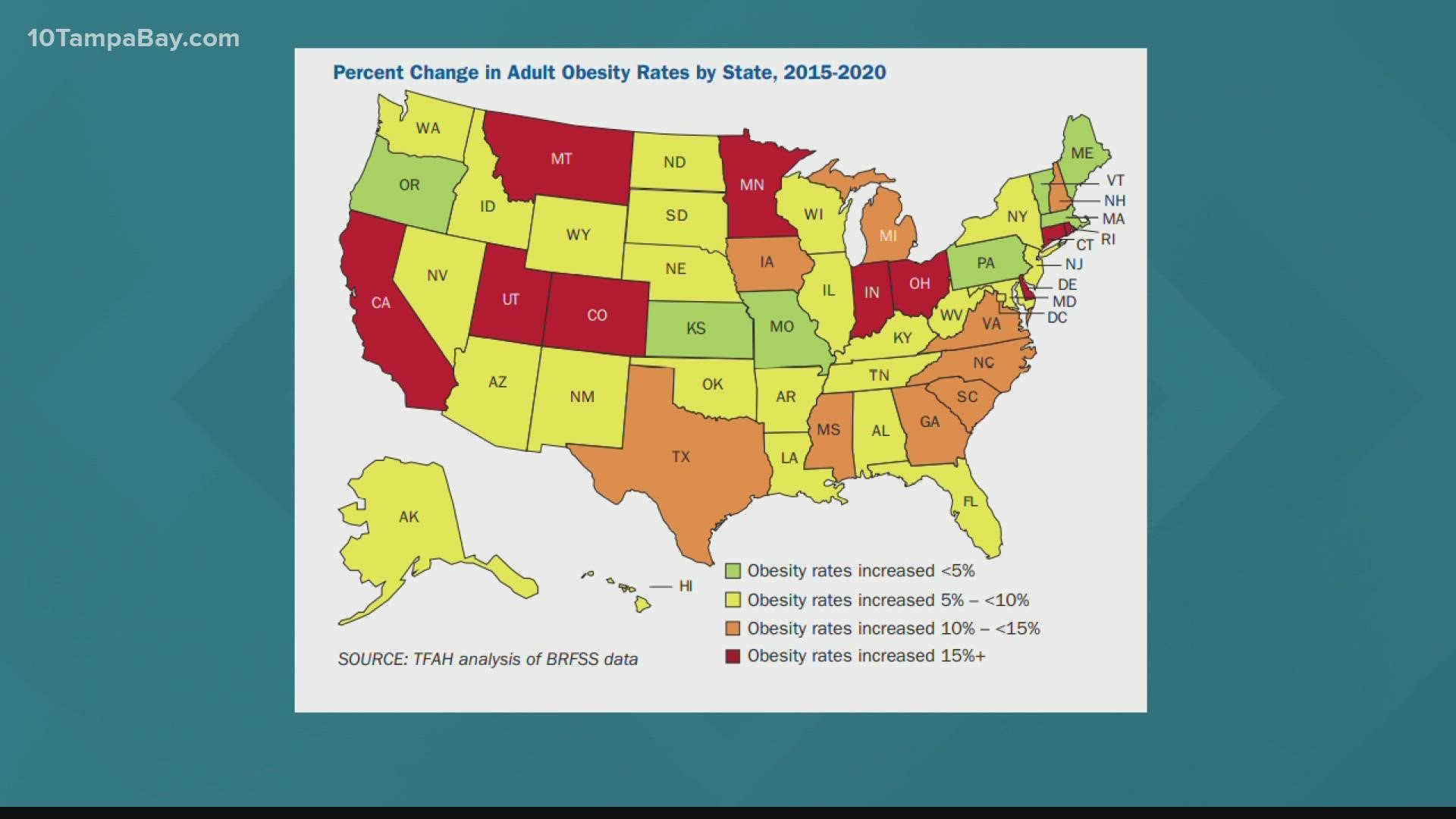 ST. PETERSBURG, Fla. — If you've noticed you put on some pounds during the pandemic, you're not alone.

A recent survey found 6 in 10 people had some undesired weight changes. The average was 29 pounds.

The nonprofit Trust of America's Health (TFAH) looks at changes in obesity year-to-year to help make recommendations for health policy.

While there wasn’t a change in obesity rates in Florida year-to-year, there has been a change over the last five years. It's one of the states where obesity has increased less than 10 percent.

The state also ranked in the top 20 for diabetes, hypertension, and physical inactivity.

“Not everyone has the same definition of healthy or even understands what that means,” Dr. Jeanette Kowalik said. She’s the director of policy development for TFAH.

She says the purpose of releasing the annual report is to influence policy makers to make changes.

“Making sure that people have access to these things by what’s available to them in their community. Not everyone has access to fresh fruits and vegetables and meats and what not,” Dr Kowalik said.

One of the issues uncovered in the report is that the changes in certain populations were disproportionately impacted during the pandemic. That circles back to some long-standing racial and health inequities that existing prior to COVID-19 like access to quality food and stress from unemployment or other insecurities.

It's not just more adults that are becoming obese. Kids 10 to 17 are, too. Here in Florida, that's less than 20 percent of children according to a national survey back in 2018.

The term obesity doesn’t mean that you’re a few pounds overweight. It's when you have more body fat than what's appropriate for your height. Check out this BMI calculator to determine if you’re obese.