Here's why an EpiPen might be harder to find

Millions of allergy sufferers rely on EpiPen in the event of severe allergic reactions. 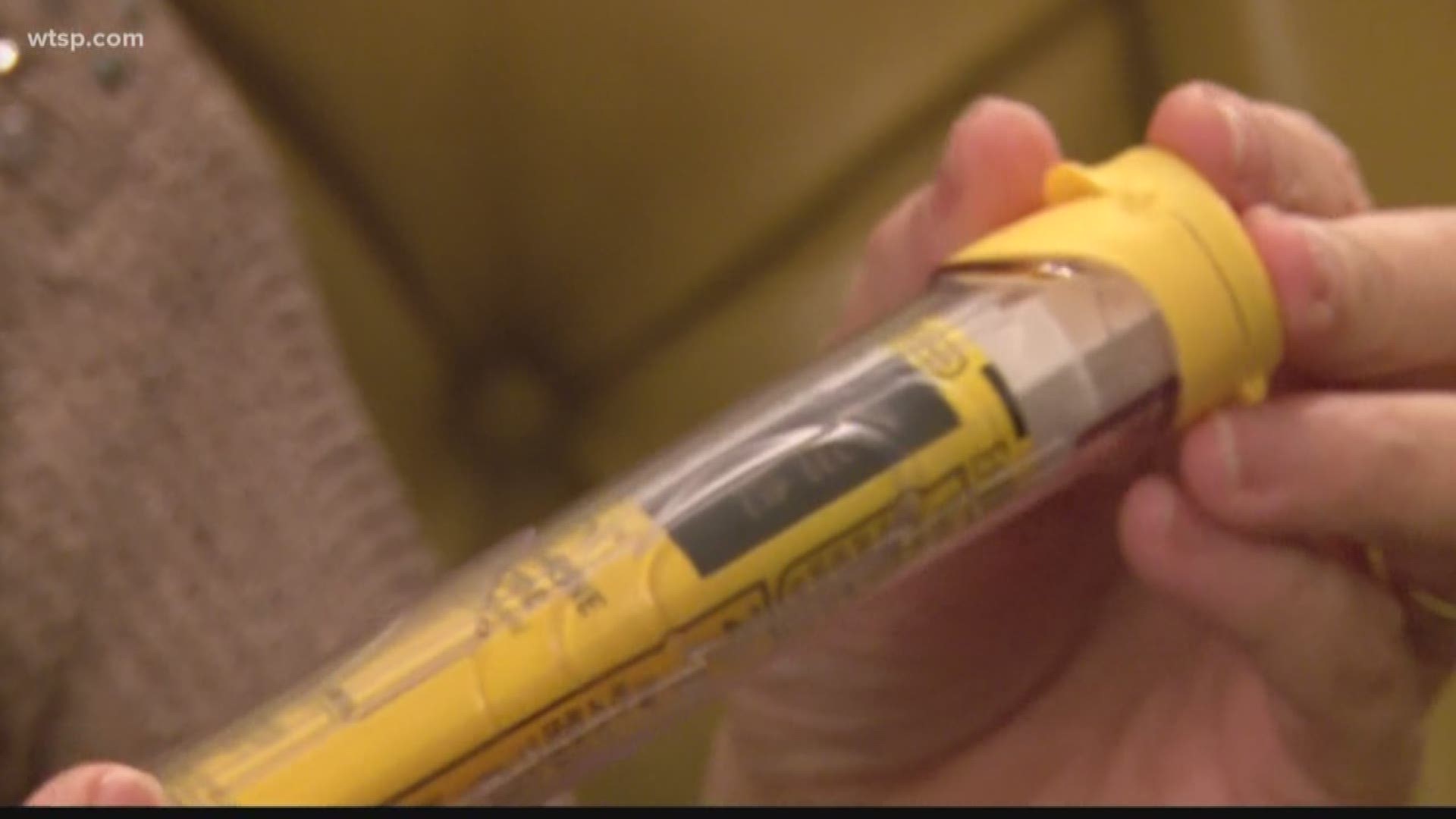 ST. PETERSBURG, Fla. -- As we head into the summer, there’s a lot of concern about the supply of the emergency allergy drug EpiPen, which millions of people depend upon in case of severe allergic reactions.

There’s been a rumor the auto-injection devices are in short supply.

That has Margaret Fox and millions of allergy sufferers like her concerned.

“I mean, I have it in my purse at all times,” said Fox, who doesn’t consider her allergies to be as severe as others she knows, “but that would be awful if some people who need one really bad couldn’t get ahold of one.”

Dr. Mona Mangat is an allergist who says several of her patients in St. Petersburg are among the hundreds nationwide complaining their local pharmacy is either out of the epinephrine delivery device or has been slow to get it back in stock.

“It’s so unfortunate because EpiPen is not a medication that we can wait on,” said Mangat. “It’s not one that you can mess around with. Because it’s life or death.”

On Tuesday, Mangat spoke with a local rep for Mylan, the manufacturer of EpiPen.

“They told us that there was a problem with delivering the drug to the pharmacies, but that problem has ended, and there should not be a problem anymore. Patients should be able to get it. But they did add the caveat it takes pharmacies time to receive their new stock,” she said.

That delay could be tough timing with school almost out.

Tens of thousands of soon-to-be camping kids rely on the EpiPen device to protect them from severe allergic reactions. Some camps require it.

“And if you can’t get an EpiPen,” said Mangat, “I don’t know what’s going to happen to some of these kids.”

Back in September, the manufacturers of EpiPen reacted to FDA pressure regarding complaints about the device’s delivery system and its effectiveness.

A spokesperson says they put process changes in place that may have slow down the supply chain for a few months.

In the meantime, competitive products came to market including a generic, said Mangat, but it may not be any less expensive for consumers.

“Because it all depends on the contracted rate with the insurance company and the drug manufacturer,” said Mangat.

If patients are still having issues getting an EpiPen, Mangat says carrying a recently expired one is probably better than none at all. However, she doesn’t recommend it.

Instead, she says, check with your doctor. See if they have a sample on hand you can hang onto for safety until your prescription is filled.

The FDA says it’s monitoring the situation closely, and on Wednesday added EpiPen and Epipen Jr. to its drug shortage list, but right now they say Mylan is reporting an adequate supply.

Doctors say patients still might need to call around to several pharmacies to find it.