JJ D'Angelo has Champ1. There is no known cure. 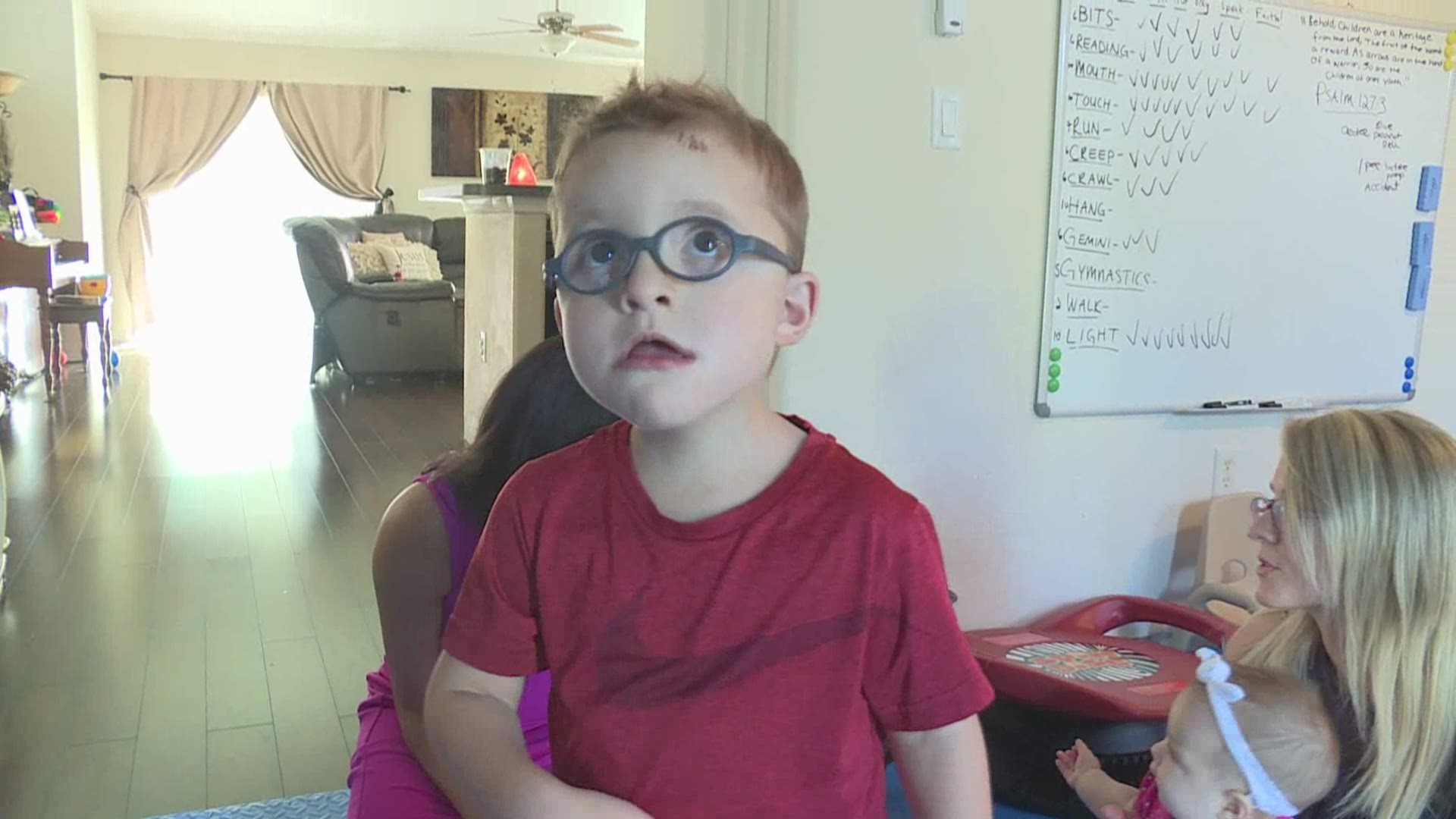 Like any four-year-old, JJ D’Angelo is curious, wanting to know, who’s at the front door and what’s behind our camera. He laughed as his dad quickly swooped in to take our Go Pro he was trying to play with away.

He’s loves mom and dad, Jeff and Katis, who spend hours, in a dining area they’ve turned into a therapy room, working to see some progress in their son, diagnosed with a rare neurological disorder called Champ1.

“We’ve devoted our lives to him. I just want the best possible full life for him. Whatever it takes we would do that,” Jeff said.

All that’s known about Champ 1 is that it’s a gene mutation only 38 people in the world have. It has no known treatments or a cure. It’s often misdiagnosed. While doctors would tell Jeff and Katis something was wrong, JJ’s tests came back normal. They’ve spent years trying to figure it out.

They also did 120 rounds of hyperbaric treatments.

Now with a clear diagnosis, they’ve teamed with the other families to find a cure.

“I’ve called every doctor. Whether they were just diagnosing a child or they were part of a study,” Jeff said.

“There are probably more patients out there that haven’t been identified or a physician hasn’t made a diagnosis yet,” Dr. Jiang said.

Dr. Jiang is willing to put a team of specialists together to research what causes the gene mutation but it costs money. For this disease it will cost at least $500,000 parents have to come up with.

“So we’re working with the other 38 families and trying to see if they can go ahead and fundraise to and hopefully we can meet this goal together,” Katis said

The D’angelo’s have started this Youcaring page to raise the money and awareness about Champ 1.

They know it’s a big ask, but they have faith. Hoping to find a treatment for their son soon.

“I don’t know why this is happening, but I have to believe God has a bigger plan for us than what we know,” Jeff said.

I have faith and hope that he is going to guide us and give us whatever resources we need to help get him the cure.”

According to the National Institutes of Health, with rare diseases like Champ 1, since there’s little known and not many people impacted, families are responsible for raising the money to get doctors to research it. Once research is underway it could then possibly become of interest to the NIH. The process is expected to take at least three years, but for families like the D’Angelo’s it’s their only hope.