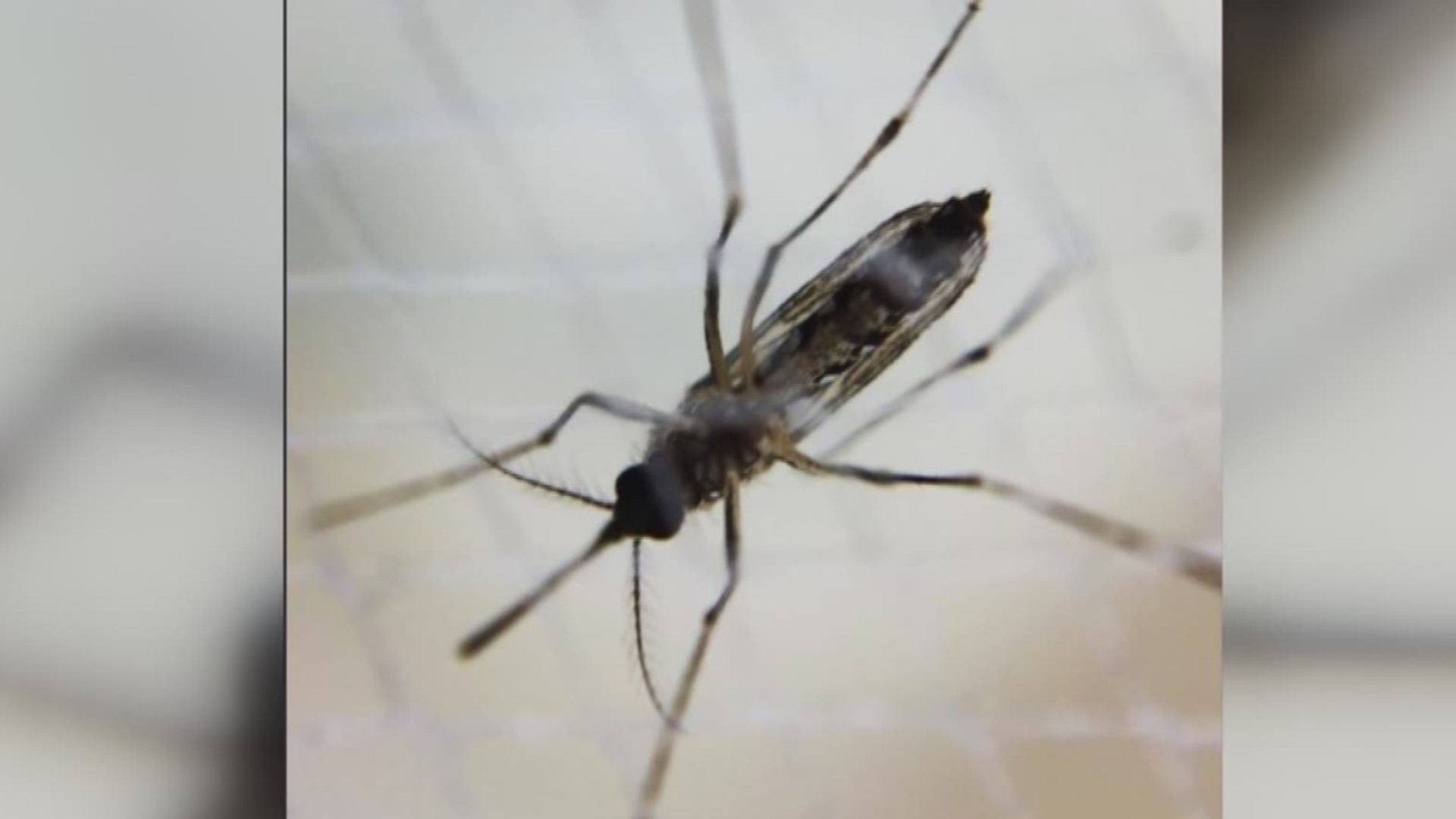 HILLSBOROUGH COUNTY, Fla. — A human case of dengue fever has appeared in Hillsborough County, according to the county's health department.

It declined to say, exactly, from where the report originated. The case was locally-acquired, however.

Dengue fever is a mosquito-borne virus that causes various symptoms, including fever, headache, eye, muscle or joint pain, rash, nausea and vomiting. Symptoms usually appear between two days and a couple of weeks after the mosquito bites.

RELATED: What is dengue fever?

About one in four people infected with dengue fever will get sick, the Hillsborough County Health Department says. People who previously had the virus, pregnant women and babies especially are susceptible to the disease.

The concern with this particular case, officials say, is that more people will fall ill because of an increase in mosquito-borne disease activity across the county.

People are asked to drain any areas of standing water -- including garbage cans, house gutters, pool covers, etc. -- and cover bare skin with clothing or a sort of mosquito repellent.

RELATED: How to keep the outside of your home mosquito-free

Grass, shrubs and water are the perfect ingredients for mosquitos to multiply by the hundreds near your home.

The dengue virus became a concern nationwide in 2010 given an increase in the number of cases, according to the Centers for Disease Control and Prevention.

California and Florida lead the U.S. in the number of dengue-related cases in terms of travel and locally-transmitted cases.

Credit: Centers for Disease Control and Prevention
The number of dengue-related cases nationwide through Oct. 2, 2019.

RELATED: Keep uninvited pests away from your tailgate