Some doctors agree the Owlet can provide reassurance for parents. 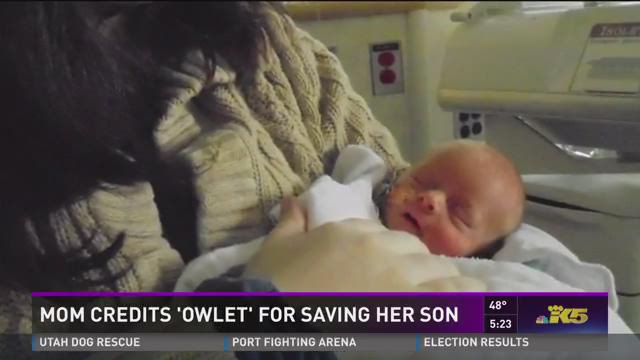 “I knew he was coming home soon because he was taking a bottle. I was freaking out. I was like, ‘How do I know that he’s not just going to stop breathing,'” said his mom Stephanie Sjogren

Hoping for reassurance, Sjogren ordered the Owlet, a device that monitors a baby's vitals like heart rate and breathing.

She kept it by her pillow and constantly connected to her phone so she never missed an alert.

“I heard this almost like a really loud alarm goes off. I flipped on the light and pick him up and he has chunks of formula in his nose. So he's not breathing I’m freaking out, I go and get the nasal aspirator and get the chunks out and he lets out this relief scream. I’m crying he's crying,” said Sjogren.

Doctors told her Andrew had reflux.

“They're just not mature and big enough yet to handle clearing their airways,” said Dr. Joseph Migliuri.

Some doctors agree the Owlet can provide reassurance for parents.

“It is a health and wellness device; it is not an FDA approved the medical device, but they are working with the FDA to produce a medical version of the monitor,” said Dr. Migliuri.

“Is it worth that kind of peace of mind, and to me it was,” said Sjogren.