Erika Zak's family reported that she died while in surgery for the liver she had waited more than a year for. 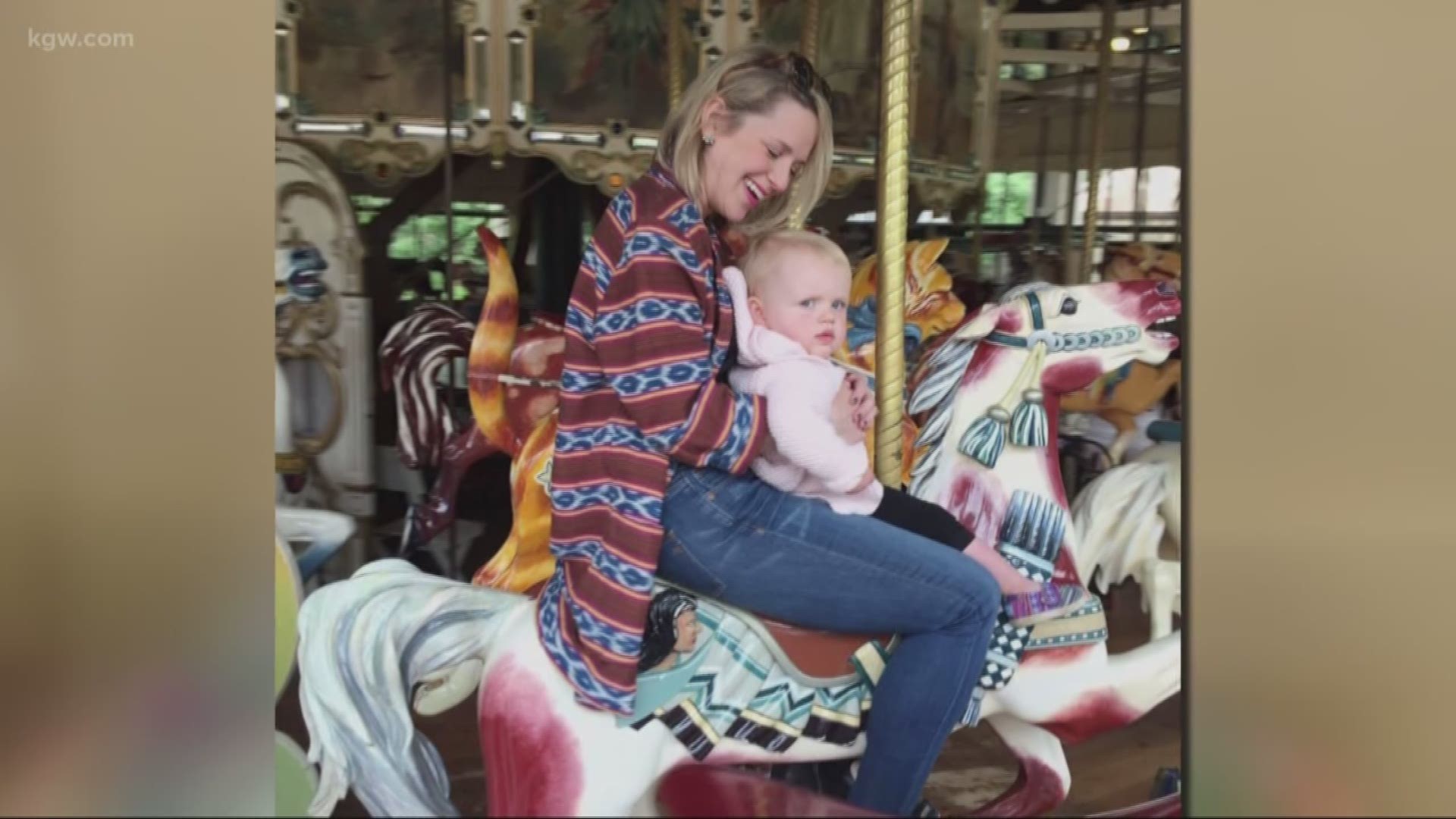 PORTLAND, Ore. — Erika Zak, the Portland mother fighting for her life as she waited for a liver transplant, died in surgery on Wednesday.

After Zak beat the statistics and survived stage 4 colon cancer, just months after her daughter was born, she underwent a botched surgery that left her liver with a fist-sized hole.

Zak had been waiting 15 months for a liver. She finally got the call she'd been waiting so long for on Thursday - she was getting a new liver. She was taken into the operating room after saying "see you later" to her husband and little girl, a moment captured and shared in Jenna Zak's, Erika's sister, Instagram post.

Unfortunately, her body could not survive the surgery that may have saved her life. She was too weak, and she died deep into the surgery in the middle of the night.

Erika had waited more than a year for a liver due to insurance issues.

Her body deteriorated as every day passed.

She finally won the battle with her insurance company but was quickly thrust into another – with the United Network for Organ Sharing, or UNOS.

They decide who gets a transplant, essentially deciding whether someone lives or dies, the Zaks say.

UNOS recently changed their criteria determining who gets a transplant and when. They said they made the scoring system more consistent to help as many people as possible.

However, the changes make Zak's score drop and the chances of her getting a new liver became slim, despite doctors pleading for a new organ for her due to the uniqueness of her sickness.

Her husband said in a statement on behalf of her family:

“Early this morning we lost Erika. Late yesterday the stars briefly aligned while we were at the hospital for an unrelated medical procedure and an organ miraculously became available right then for transplant. We were so excited and rushed our daughter in to spend a half hour with Erika. She then quickly went into the OR, but deep into the surgery, her body couldn’t handle some of the trauma apparently. She died in surgery. While our family is devastated by the loss of our beautiful wife, mother, daughter, sister and friend, we do want to express our deepest gratitude to all of those who have supported Erika and our family through these very difficult weeks, months and years. Through her perseverance in life, Erika embodied hope and set an example of strength.”

In Jenna's Instagram post, she said everyone was so excited and hopeful when she got the call saying there was a liver at the Cleveland Clinic where she'd been receiving treatment and it was hers.

"Our hearts are so broken but we find peace that she left this world feeling hopeful and she is not in pain anymore.

"Erika, give Daddy a hug for me. I’ll keep Scott and Loie close and make sure she knows her mommy and how much she loved her."

Not only did they struggle through a hopeless health insurance system, but Zak and her family say they also learned this hard truth: America’s transplant system is broken and failed Erika.

If you would like to help Zak's family you can donate to the Erika Zak Memorial fund on GoFundMe.

Her family is asking that people sign up to become an organ donor at organdonor.gov in Erika's memory.