Mother who suffered from postpartum depression thrilled for medical progress

A new IV drug claims it can improve symptoms within 24 hours and provide relief for months at a time. 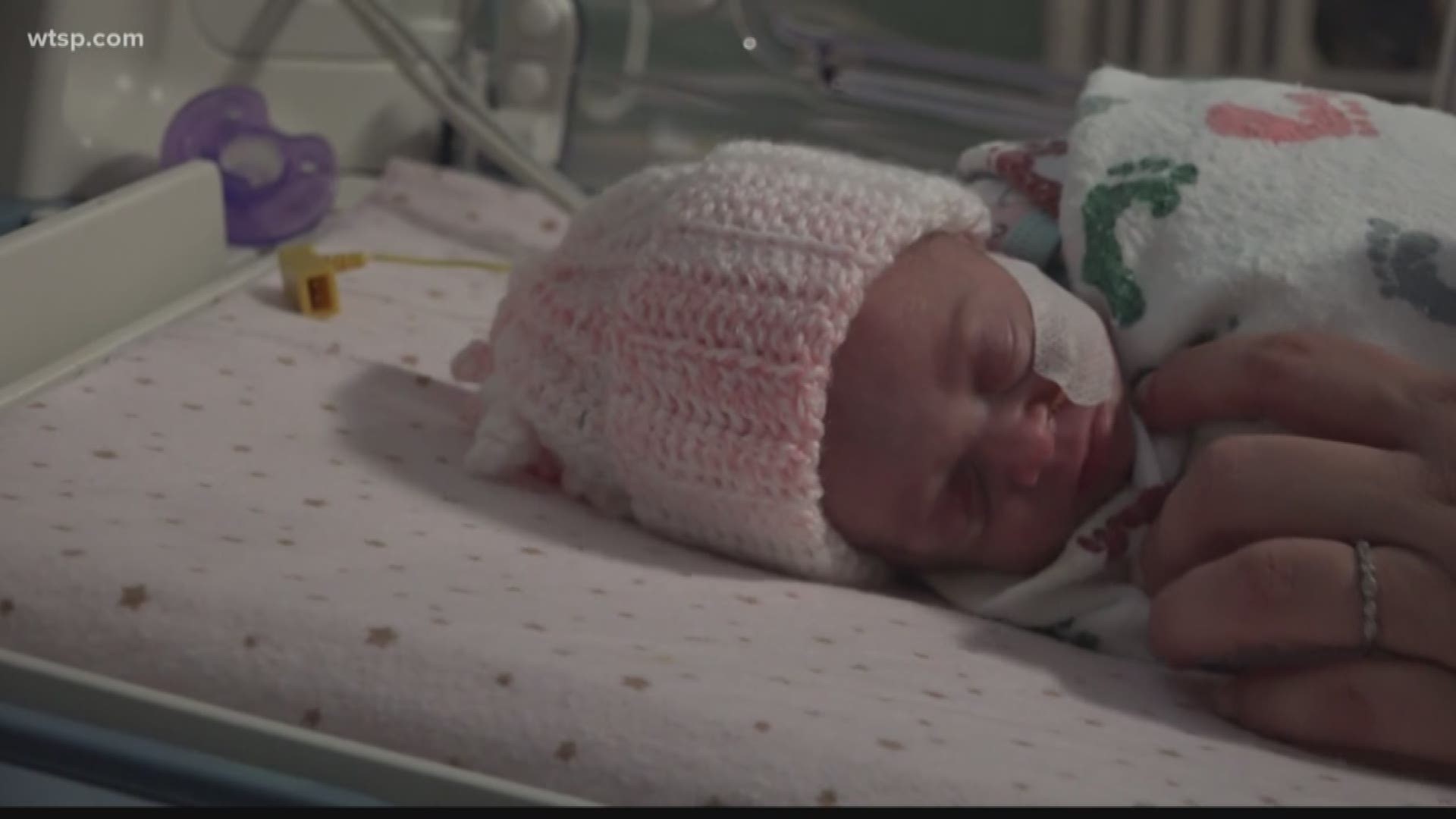 TAMPA, Fla. — Women who have postpartum depression could see relief. The disease impacts as many as one in five moms, according to the CDC.

A new IV drug claims it can improve symptoms within 24 hours and potentially provide relief for months at a time.

The drug is called brexanolone, or Zulresso.

The FDA approved the drug on Tuesday, but it might not be widely available until June.

That was a huge relief for the parenting community which sees hundreds of thousands of moms impacted every year.

Rebecca Hartley-Woods is one of the hundreds of thousands of women who suffered from postpartum depression.

“What was wrong with me? Like I had this adorable, chunky little baby that I should be so in love with. And I was kind of ambivalent. Like, 'I know you’re my baby, I was there. I saw you be born. Why am I not in love with you?'" Hartley-Woods recalled.

Hartley-Woods said disconnect was a big part of the problem. At a time that is illustrated as bright, cheery, and full of life, as many as one in five women feel alone, depressed and sometimes worse.

"Here’s me on this shoulder saying, 'you suck at this. Why did you have another baby? You’re not doing this right. And then on this shoulder was that same voice saying, you don’t deserve to have all of this,'" Harley-Woods said.

Knowing the true number of moms impacted by this disease is nearly impossible because it relies on a professional diagnosis as well as self-reporting. The CDC said that one in nine moms are affected, but now they believe it could be as high as one in five.

“We are taking steps in the right direction of recognizing and trying to put preventative things in place. So reducing the stigma when they don’t have the joyous experience that they thought they should have or is most widely advertised.”

Since Zulresso will be specifically for postpartum depression, there’s hope this will further remove the negative stigma around the illness.