A Benton man, who overdosed six times on heroin, is spreading inspiration around Saline County. 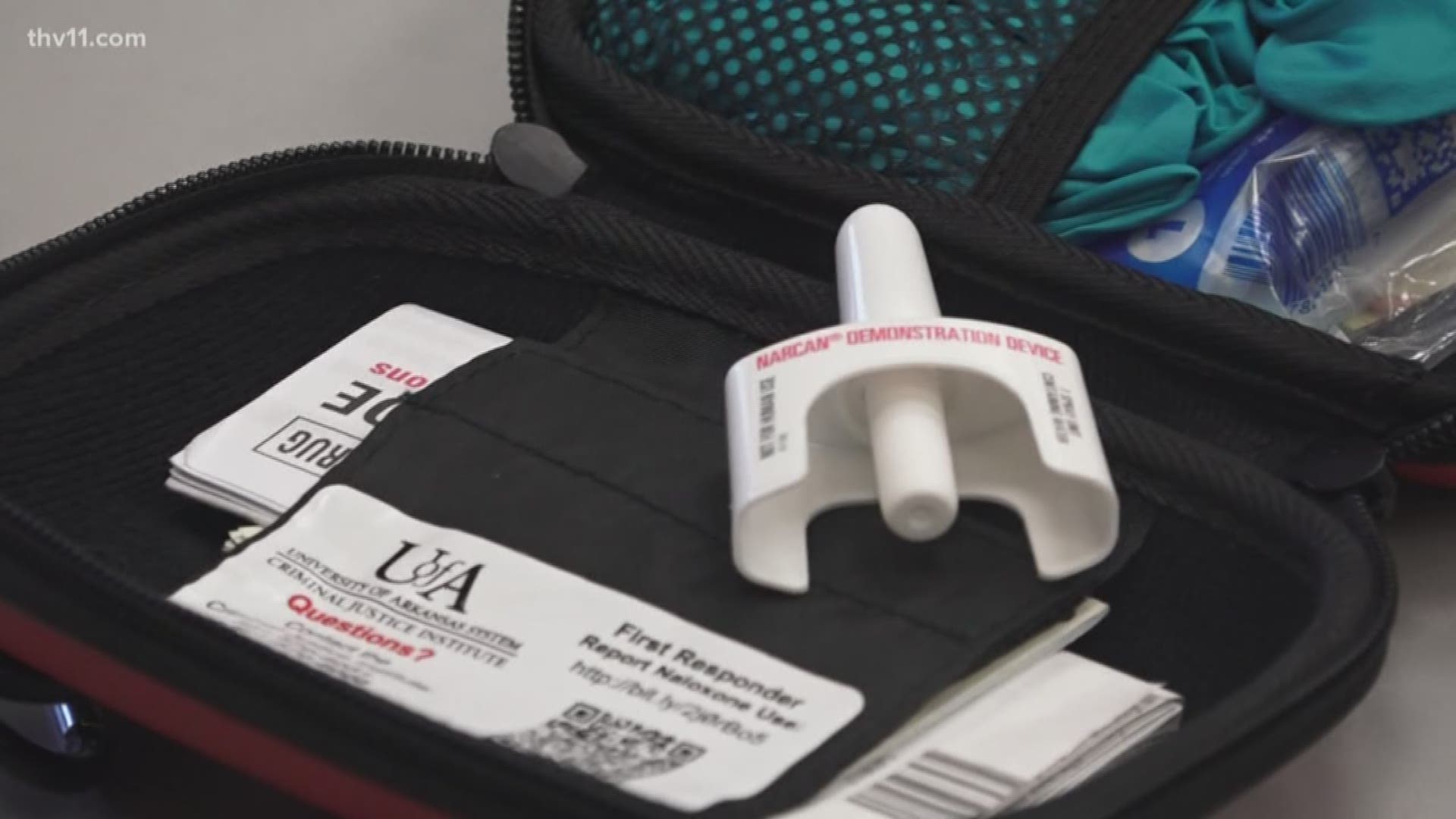 A Benton man, who overdosed six times on heroin, is spreading inspiration around Saline County.

Zack Parr spent five years of his life as an opioid addict.

“I was revived six times,” Parr said. “Every time, if it wasn’t for Narcan, I wouldn’t be alive.”

Narcan is a temporary, emergency treatment for a suspected overdose, which counteracts the effects.

After spending time at John 3:16 Ministries, Parr is now sober and fighting to change the opioid crisis in his community.

He was one of many who filled a room at Saline Memorial Hospital Tuesday at the Opioid Overdose Prevention Kick-off.

Doctors, police officers, first responders, and community members gathered to educate other on how to reduce overdose deaths in the county.

"Hopefully, with the education we get here today along with he type of policy changes locally, it can really have a benefit and impact on the people here struggling pretty seriously with this problem,” said Dr. Ahmad Yousaf, Saline Memorial hospitalist.

Dr. Yousaf said the opioid prevention event has the motto: "Don’t Run, Call 911.” It’s inspired by a problem doctors like himself see in local Emergency Rooms. It’s a problem that must stop.

"We get people who get dropped off anonymously by people who rapidly run away for fear of repercussion that they are going to be associated to the activity with the person using the drug,” said Yousaf. So, the group present at the event Tuesday is consistently raising awareness about that very problem that’s detrimental to an overdose victim.

They hit hard on policy changes, including Arkansas’ Joshua Ashley-Pauley's “Good Samaritan Law,” which states you will not be arrested for possession if you call 911 to help someone who is overdosing.

"Call 911. Call the people who can get there the fastest with the Narcan; with all the medical supplies they need to revive that person,” said Yousaf. “Stay with them. Help them to whatever capacity they can be helped until police come without fear of being arrested or charged with a crime.”

It was those people in Parr’s life who didn’t run who ultimately helped save his life, giving him new chances.

Saline County ranks as a top-risk county for drug overdose and drug poisoning in Arkansas.