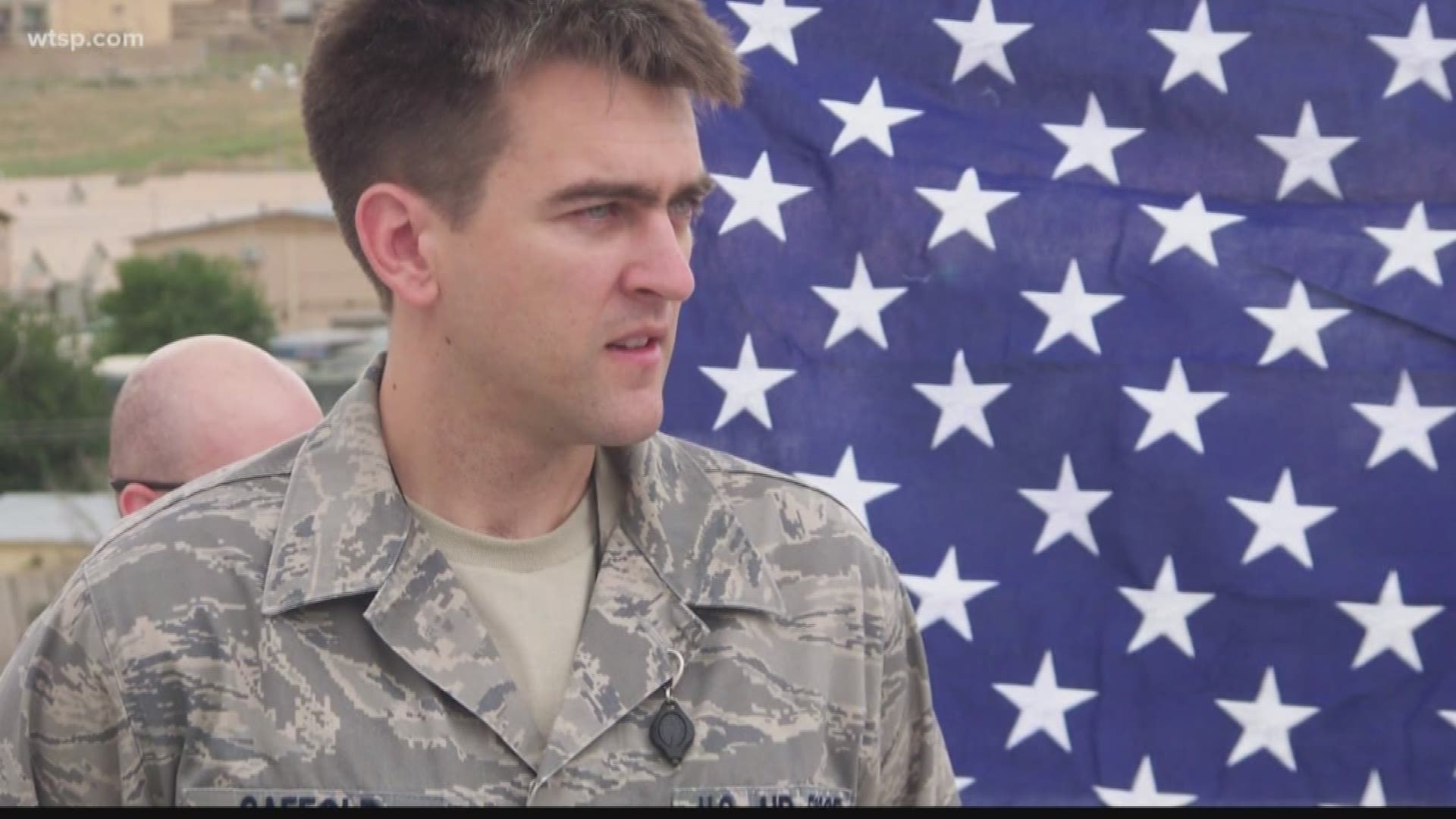 TAMPA, Fla. — At first, he didn't accept his diagnosis. It got worse and Gabe Saffold says he probably would have taken his own life.

"I would have pulled the trigger on myself. I would have killed myself and I got there, I was there with a gun to my own head and I was kind of like over it," explained Saffold.

He credits ART (Accelerated Resolution Therapy) for getting to the root of his PTSD and helping him take back control of his life.

Saffold was an Air Force Intelligence Officer and had been deployed five times. He says the experiences left him with severe PTSD resulting in insomnia, a sinister personality, and suicidal thoughts.

With the guidance of a therapist, he tried Accelerated Resolution Therapy, a technique aimed at resolving traumatic memories through a combination of eye movements and memory visualization.

Saffold said after just six sessions, the therapy rewrote bad memories in his brain and replaced them with new memories that no longer trigger stress and anxiety.

Saffold said, "One of the memories is now a child’s birthday party in my mind and instead of getting some really dark stuff, a kid shows up and gets a soccer ball and they play."

This treatment is known to provide effective relief from the strong physical and emotional reactions associated with PTSD in as few as one to six sessions.

Licensed Mental Health Counselor Kathy Long is certified in ART. She is hosting a three-day workshop in Tampa with other mental health counselors.

"We say, keep the knowledge, lose the pain. So we take the images away and then they can recall the facts without being traumatized by you know seeing the images," explained Long.

ART International is a Tampa-based nonprofit interested in expanding the reach of this therapy.

Friday starts the beginning of the three-day workshop in Tampa where licensed clinicians, including psychologists, psychiatrists, social workers, marriage and family therapists and mental health counselors are participating in a training to learn about ART.

Gabe Saffold believes it saved his life. He encourages others to seek help and give ART a try.

"It’s like Vodou magic. Everybody I know that has done it, it has changed them, it has helped them out," said Saffold.

RELATED: 'Stop the Stigma': An unfiltered look at mental illness

RELATED: Why the holidays can be especially hard on our mental health