The National Cancer Institute now predicts as many as 10,000 people will die over the next decade due to the lapse in appointments 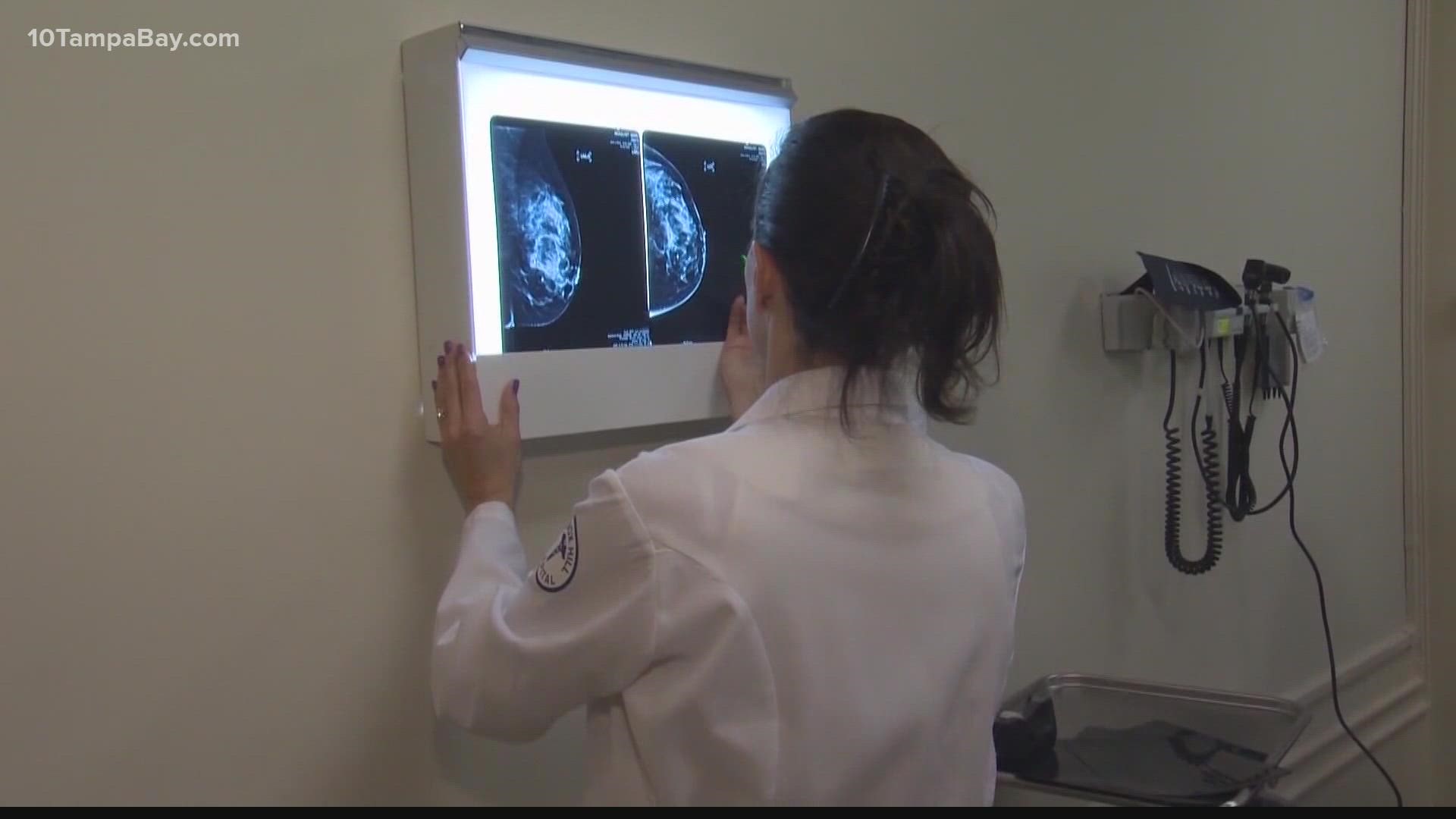 TAMPA, Fla — A newly released study suggests women who may have put off breast cancer screening during the course of the pandemic should reschedule that appointment as soon as possible, and that even a small delay could be the difference between life and death.

“I was really devastated. I really didn’t expect it, to tell you the truth,” said Nicki Krueger, crushed to find out she’d been diagnosed with stage one breast cancer.

Two lumps were found a few months after skipping her annual mammogram due to COVID-19.

“I’m a prime example. I’ve never had any problems,” said Krueger. “And then, just this year, all of a sudden there it was. And I think about, well - had I waited another year and thought I will skip it this year, what - how big it might’ve gotten and what kind of, you know? How it could’ve been really bad.”

That early detection is key.

A newly released study funded by the American Cancer Society and published in the Journal Radiology, found women who participated in their two most recent screening exams prior to a cancer diagnosis reduced the rate of death by 50 percent. There was also a 29 percent improvement over those who’d skipped even one visit.

Coriaty is herself a stage three cancer survivor now working for a Bay Area cancer treatment group called Comprehensive Hematology Oncology. She recently had a close friend diagnosed with stage four breast cancer. Her screenings had been delayed – again in part - by COVID.

“You know, my first question was when was your mammogram and she had to think about it,” said Coriaty. “Because she said she didn’t realize that for her it had actually been four years.”

According to the Centers for Disease Control and Prevention, breast cancer screenings declined by as much as 87 percent during the pandemic.

The National Cancer Institute now predicts as many as 10,000 people will die over the next decade due to that lapse.

Nicki Krueger is doing everything she can to avoid being one of them.

“You know, it was scary and all that,” said Krueger, “But I was really glad that I went in.”

“If you have a loved one, a wife, a sister, a mother that you’re concerned they haven’t had their mammogram encourage them to go do it,” said Coriaty.

The Florida Department of Health says cost should not be a factor in getting a mammogram. Screenings are available for free or at low cost if you meet certain program eligibility requirements.

There are several testing sites located throughout Florida. To see if you qualify, just contact your county health department.