Tampa family adopts baby born with 'half a heart'

Baby Jeremiah was adopted by Amanda and Chris Rose when he was just two weeks old. 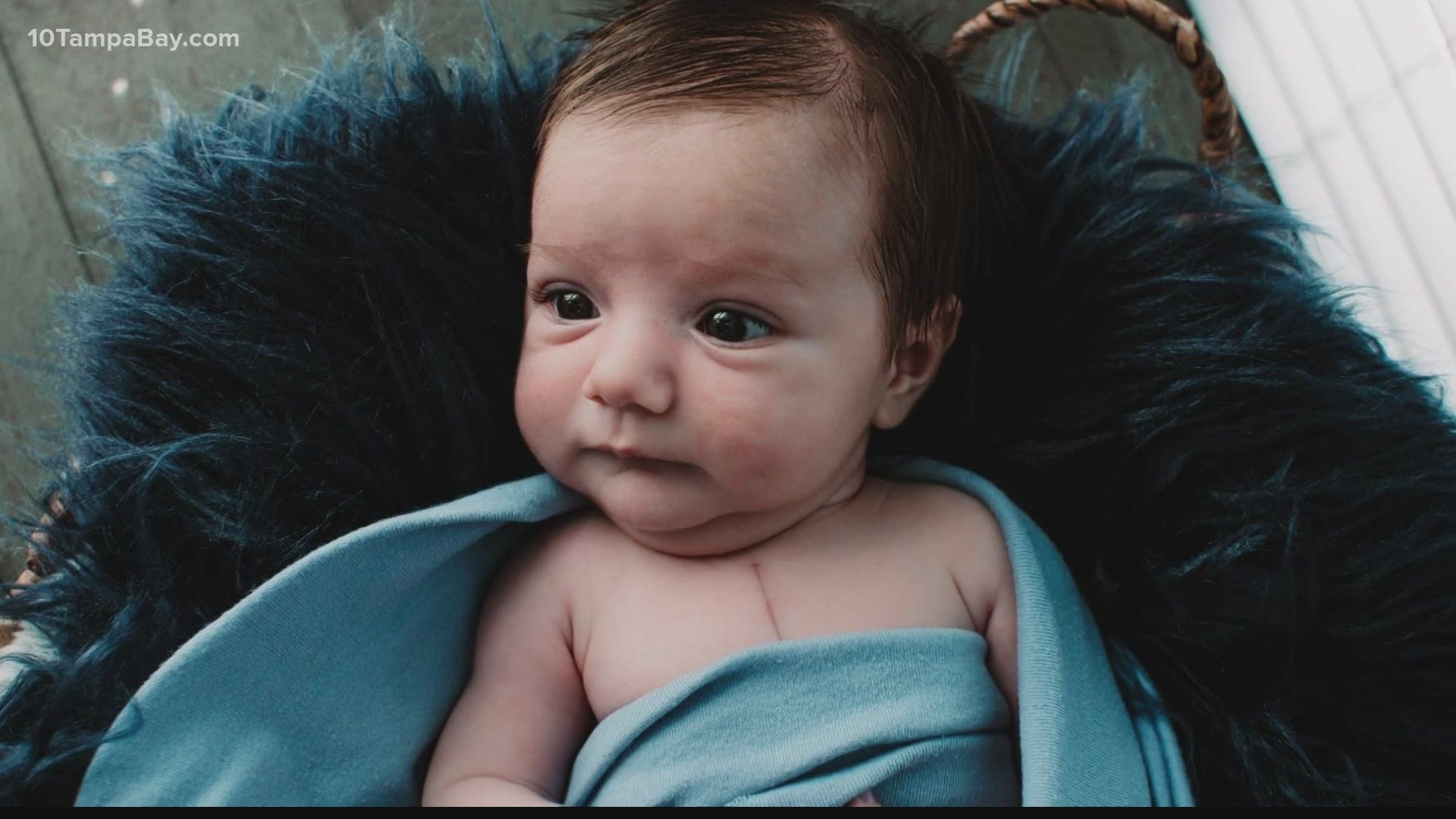 TAMPA, Fla. — Congenital Heart Defects or CHD is the number one birth defect according to the Centers for Disease Control and Prevention.  And, one in four is considered critical, like baby Jeremiah.

Amanda and Chris Rose adopted Jeremiah when he was just two weeks old. He was born with CHD and the couple knew he would need care for it for his entire life.

Amanda says she got the call about Jeremiah on September 3, 2020, and within three hours the couple made the decision to adopt. They met their son the next day.

They were there to help him through his first open-heart surgery.

“It was definitely kind of overwhelming because he was intubated. He had a breathing tube down his throat the first we met him,” Amanda said.

“At the very beginning it was definitely a little scary,” said Chris, explaining they weren’t sure what was in store for their newborn.

It was a leap of faith.

After waiting two years to adopt, they knew instantly that Jeremiah was their child.

“You never know, you know what God has in store for you. And I know there was a Jeremiah-sized hole in our hearts. And he just fit perfectly,” Amanda said.

Jeremiah was born with right hypoplastic heart syndrome. As his mom explained, his right ventricle doesn’t work leaving the left side has to do the work.

As they met their newborn, they also had to send him into the operating room for the first of several heart surgeries he will undergo.

“It’s a fix. It’s almost like a band-aid to help him get through life,” said Amanda.

There is no cure for CHD.

The CDC estimates that more than 2 million people in the U.S. alone live with congenital heart defects. That number has grown over the years.  According to the CHD Coalition in the last 10 years, the survival rate has increased by 30 percent because of advances in research.

Reyes is Chief of Pediatric Cardiac Surgery at St. Joseph’s Children’s Hospital. He says pediatric cardiac surgery is a specialty. The team is like family and each baby they treat is like one of their own.

He and others work to help these tiny warriors fight and survive. In the decades he has spent helping children, he has seen the change in outcomes not just for life expectancy, but also the quality of life.

"There’s only a very small percentage of babies that we cannot help nowadays,” he said. “The sky’s the limit, I think as long as we’re following them and making sure that they’re being you know closely monitored. I think they can do many things.”

He says that’s not something he could have said 20 years ago because of advances in technology, research, and education.

As the surgeon overseeing Jeremiah’s case, he is confident though there will be some restriction, Jeremiah will thrive.

In fact, he already is proving his strength. Jeremiah was the first baby to be released from St. Joseph’s Children’s Hospital through a new special at-home monitoring system.

He is now six months old and wears what’s called a pulse oximeter. It measures his oxygen levels and heart rate. Amanda and Chris also document everything: how much he eats, how much he sleeps, how much he weighs and other statistics. They then enter that information and answer questions on an application on their phone that alerts doctors and nurses at St. Joseph’s Children’s Hospital.

“It’s really been tremendous because there have been a couple of times that we did have to go in and been seen by cardiology and had to be stopped and changed because his oxygen levels were too low and it was caught with the app early on,” Amanda explained.

It allows Jeremiah and other babies with CHD to go home, to get stronger and to be in a normal environment. For Jeremiah, it’s allowed him to bond with the family he was always meant to be with.

Jeremiah will need at least two more surgeries. One will happen in the next couple of months.

The congenital heart surgery program is one of the largest in Florida.  Its success rates for children with CHD are higher than the national average and mortality is significantly lower. 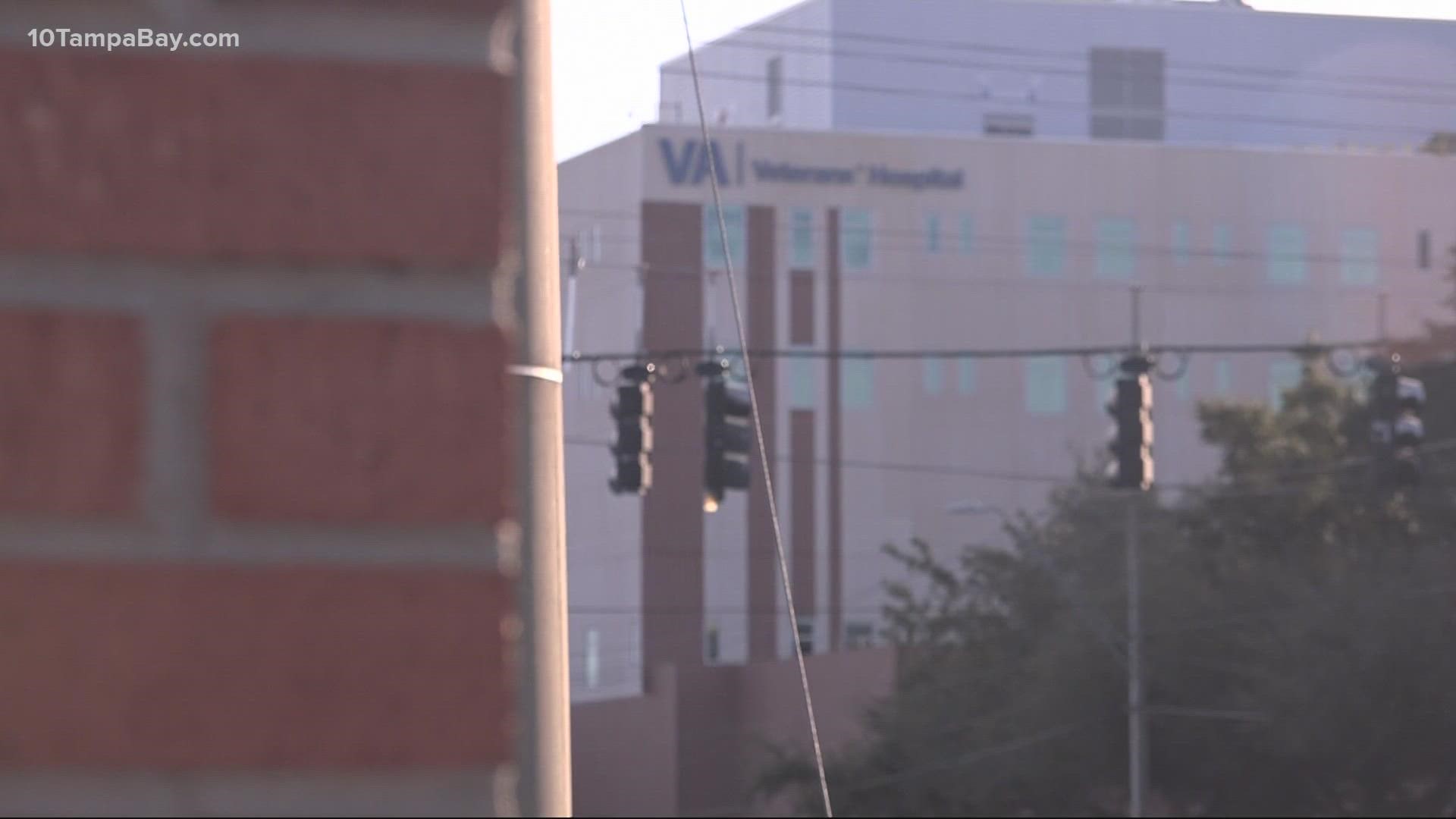