CHARLOTTE, N.C. -- Imagine getting a phone call that your son has dropped to the ground at soccer practice and his heart has stopped. It happened to a south Charlotte family, but incredibly, CPR saved the teen's life, and now, the family is on a mission to help other families. 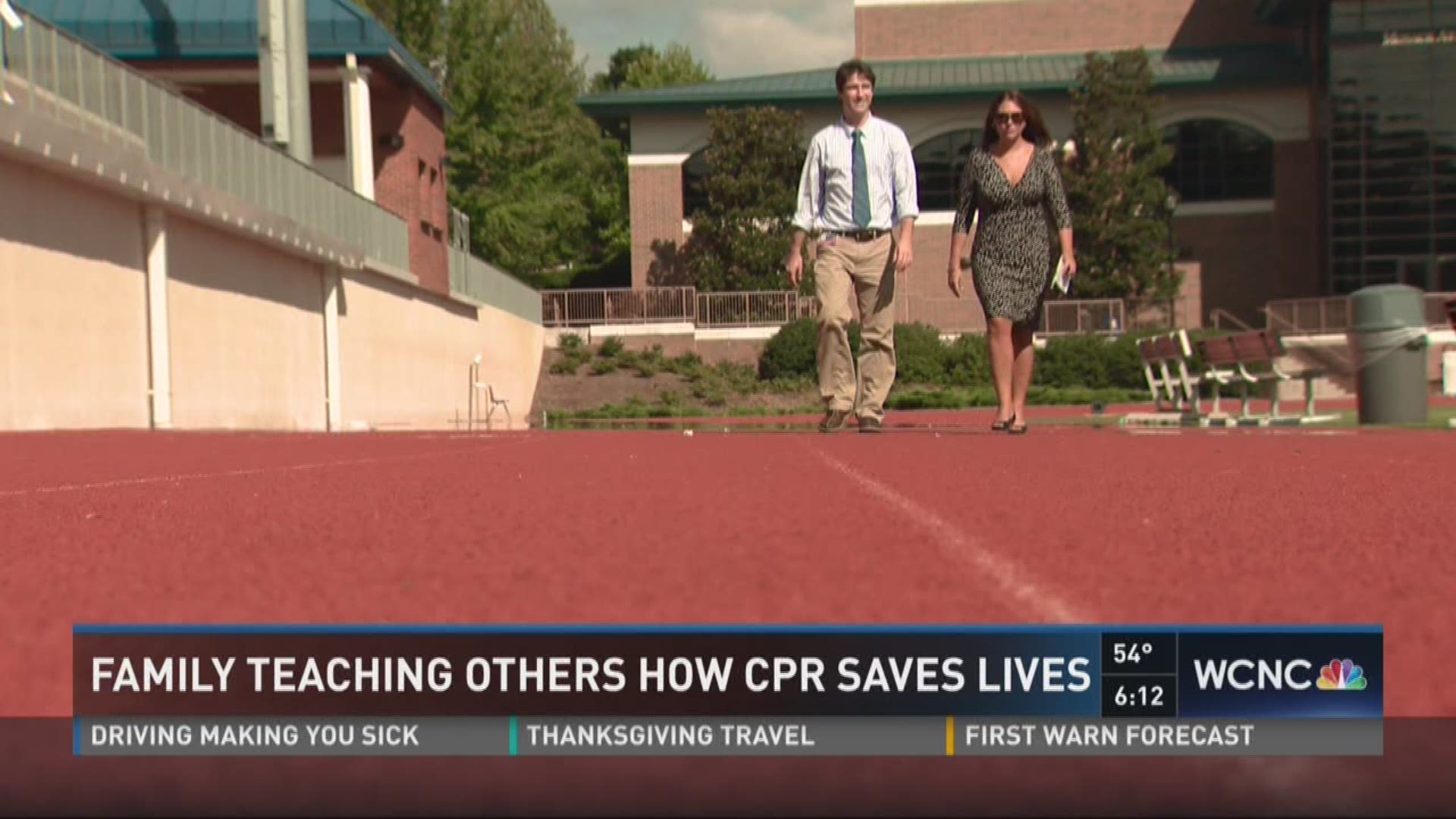 CHARLOTTE, N.C. -- Imagine getting a phone call that your son has dropped to the ground at soccer practice and his heart has stopped. It happened to a south Charlotte family, but incredibly, CPR saved the teen's life, and now, the family is on a mission to help other families.

Billy Cohen, 16, is surprisingly nonchalant when he talks about the day he dropped dead at soccer practice.

“I was actually pronounced dead and my heart stopped completely.”

His mom remembers hearing about what happened.

”It’s not a call you want to get as a mom,” Elizabeth Cohen said.

The coach who helped save him, Jack Hudson, remembers that day last July, too.

“It was surreal and horrifying-- probably the most horrifying moment of my life.”

Now a junior at Providence Day, Billy was diagnosed as an infant with a heart defect that meant he couldn’t play contact sports but could still be pretty active. So he loved being on the soccer field.

“It was a feeling of freedom, felt somewhat normal," he says.

Last March, he had the first of three open heart surgeries and was cleared to play soccer. Then, while running laps at practice last summer, Billy suddenly went down.

“He was on the ground. He’d collapsed, sort of gasping and without a pulse,” Hudson said.

Billy’s mom remembers the call from her friend at school.

“She said Billy collapsed on the track and they’re doing CPR on him and everything kind of stopped."

That’s because the friend who had called Billy’s mom dropped her phone.

Paralyzed in her kitchen, Elizabeth could hear the commotion.

“I heard the word defibrillator and I heard all these things and I’m just kind of spinning in my kitchen."

She didn’t know Billy’s coaches were doing CPR and using the AED to shock him back to life.

“She came back on the phone and said, 'go to the hospital, he’s got a pulse."

“I was lucky enough to be at a school that is prepared and has the resources that are able to provide me with chance to be brought back from the dead. If I’d been anywhere else, I might not be standing here today.”

Billy and his family have made it their mission to teach everyone what’s called hands-only CPR. Call 911, do compressions to the beat of the song “Staying alive.”

It’s a beat Billy literally hears in his head all day long.

“I can hear it constantly, a little bit annoying.”

That’s because last December doctors replaced his aortic valve with a mechanical one and it clicks every time it beats, a constant reminder of what Billy’s been through.

“It does it shows me that I’m still here today.”

“He’s just an amazing kid and I think he’s gonna do amazing things.”

The school has taken on Billy’s initiative, teaching all staff CPR and many of the students-- and, they have 11 AED defibrillators across campus.