She just wants to be healthy. That's why she turned to the feeding tube diet.

The 22-year-old is using a feeding tube to help obtain her health goals. 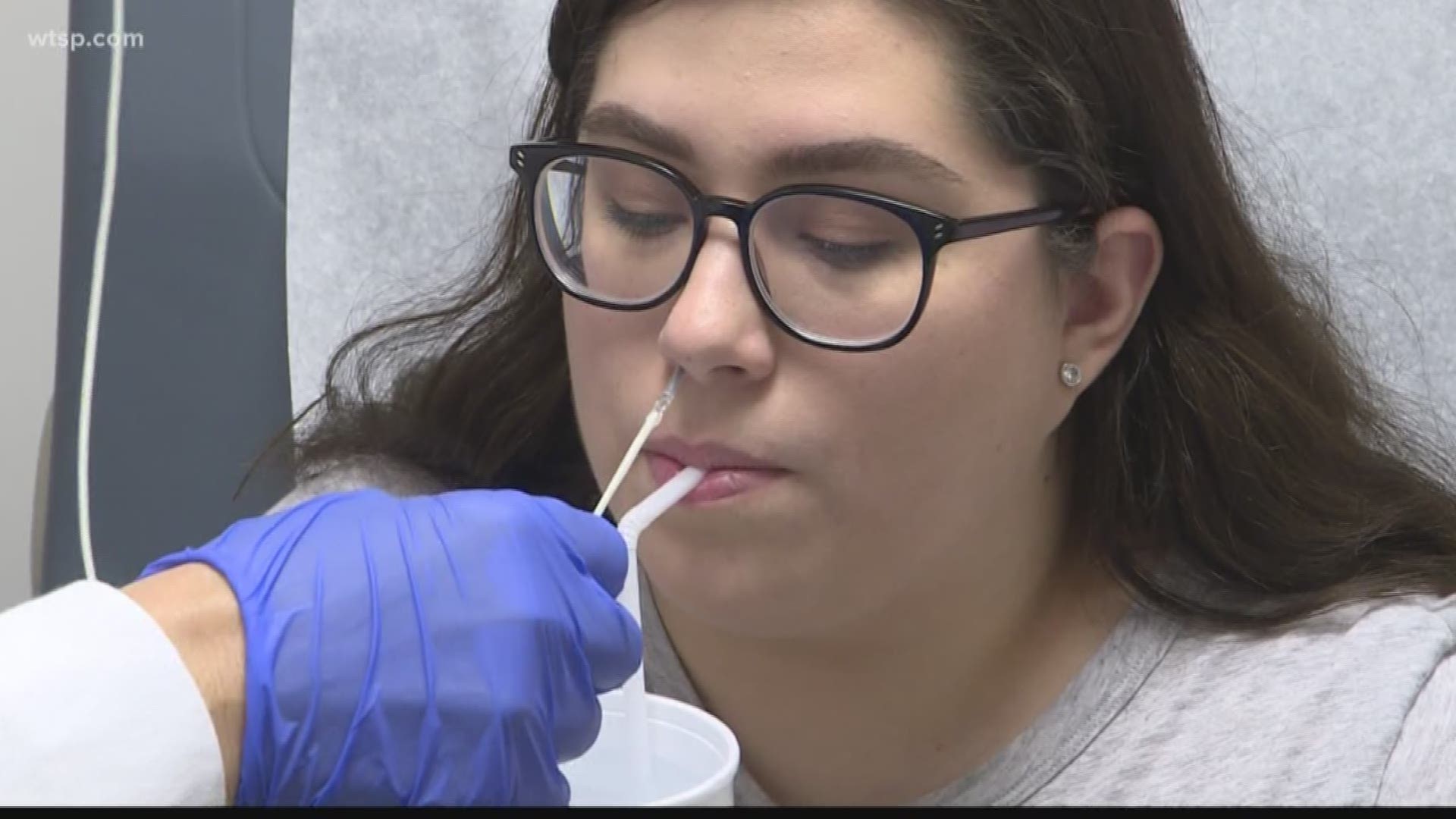 It's likely that you've seen someone with a feeding tube at one time or another.

The nasogastric feeding tube was created to deliver nutrition to sick and hospitalized people so they wouldn't starve.

For 22-year-old Gabriella Calabresi, it served a totally different purpose.

She is a patient at a Miami clinic and is using an "NG" tube with the hope of losing weight.

At 274 pounds, she was at her highest weight ever when she made the decision.

"Weight loss has always been a struggle for me, ever since I was a kid," she said. "It's always been fluctuating, up and down, regardless of how I'm eating."

She's hoping to take control of her weight while she's young.

With a family history of obesity and a condition that slows down her thyroid, it has been an uphill battle.

"My mother and my father have both had their own kinds of struggles with being overweight, " Calabresi said. "A lot of people take it as 'oh you're just very lazy, you don't put in the work.'"

As we watched the tube go into her nose, down her throat and into her stomach, Dr. Oliver Di Pietro, Calabresi's treating physician, explained why this unorthodox approach should be taken seriously.

"Obesity is a real disease. It needs to be treated like a disease," he said. "We have a very effective way of causing weight loss in a safe way, using a feeding tube."

The tube delivers 800 calories of liquid into Calabresi's stomach every day for ten days. On average, patients lose one to two pounds a day.

"Some of it is water, but most is fat," Di Pietro said.

The high protein, high-fat liquid diet not only restricts calories, but it also puts the body into a state of "ketosis," in which the body uses fat for energy. This liquid could never be consumed in another way, in part, because it would taste awful.

Each ten-day treatment costs $1,500 and not a penny is covered by insurance.

The University of Miami's Dr. Kenneth Goodman, Ph.D.,  who teaches medical students ethics, questions the use of this life-sustaining procedure for weight loss.

"That's a lot of money you're spending for no particularly good reason. What's the good reason?" Goodman asked.

Di Pietro's been using the feeding tube diet on patients since 2011.

Between his colleagues and him, he estimates they've treated a thousand patients. His own study documented 218 patients, with no serious reactions reported.

He feels the feeding tube diet should be seen as an alternative to weight loss surgery.

This procedure is not widely embraced by doctors, at least, not right now.

Only thirteen doctors in the United States are using it. Dr. Di Pietro is the only one in Florida.

Goodman said it is not the standard of care and has not been proven in widespread clinical trials, comparing it to other methods.

"If it were so good others would be using it widely," Goodman said. "And we'd have a body of evidence."

He also worries about safety and the desperation of patients who will try anything, if they believe it will work.

"The idea that an intervention that increases the risk for infection in a vulnerable, desperate population, and only works for a few weeks, strikes me as really worrisome," Goodman said.

Like most of the detractors, Goodman's primary concern is that most people just re-gain the weight.

"The very definition of efficacy for weight loss is that it lasts longer than a short while," he said.

"The big problem is keeping the weight off. Many patients put the weight right back on if they go back to the way they were eating," Di Pietro said.

Calabresi is a perfect example.

This is her second try with the feeding tube, to lose weight. In 2015 she lost 16 pounds.

She recalls the stares she received.

"Oh my God, everybody stares. It's really funny! Because everybody's used to seeing a tube in your nose, meaning 'does she have an illness is she sick? what's wrong with her?'"

Now, four years later she is 60 pounds heavier than before and everything else has failed.

"I've tried plenty of diets anything that you can think of I've probably done it," Calabresi said.

She's more determined than ever to get down to a healthy weight.

Like jump starting a car battery, she hopes the feeding tube diet will re-start her weight loss journey.

For ten days a tube that leads from a backpack, pumping liquid through her nose is her reality.

She's allowed to drink plain iced coffee or water. When we followed Calabresi to a Starbuck's,  a compassionate barista mistook her for someone with a disease.

"She was like, 'don't worry, you look beautiful, you don't have to worry about anybody else.'"

Calabresi calls Miami Beach home, so she is surrounded by slim sunbathers and models.  At her age, a looks-obsessed culture that glamorizes a nearly impossible standard of physical perfection, particularly when it comes to weight. It's a culture she rejects.

During our day with her, Calabresi never once mentioned wanting to look thinner, or even different.

"I just want to be healthy and live a long life and make sure that I stay healthy," she said.

For her, this is not about changing her looks. It's about saving her life: "My motivation is just to feel good and be healthy every day."

We caught up with Calabresi when she was finished with the NG tube and she told us she lost 16 pounds.