Breast cancer can cripple both a woman's confidence and her life, but survivor Mirelys Jimenez is working hard to offer hope. 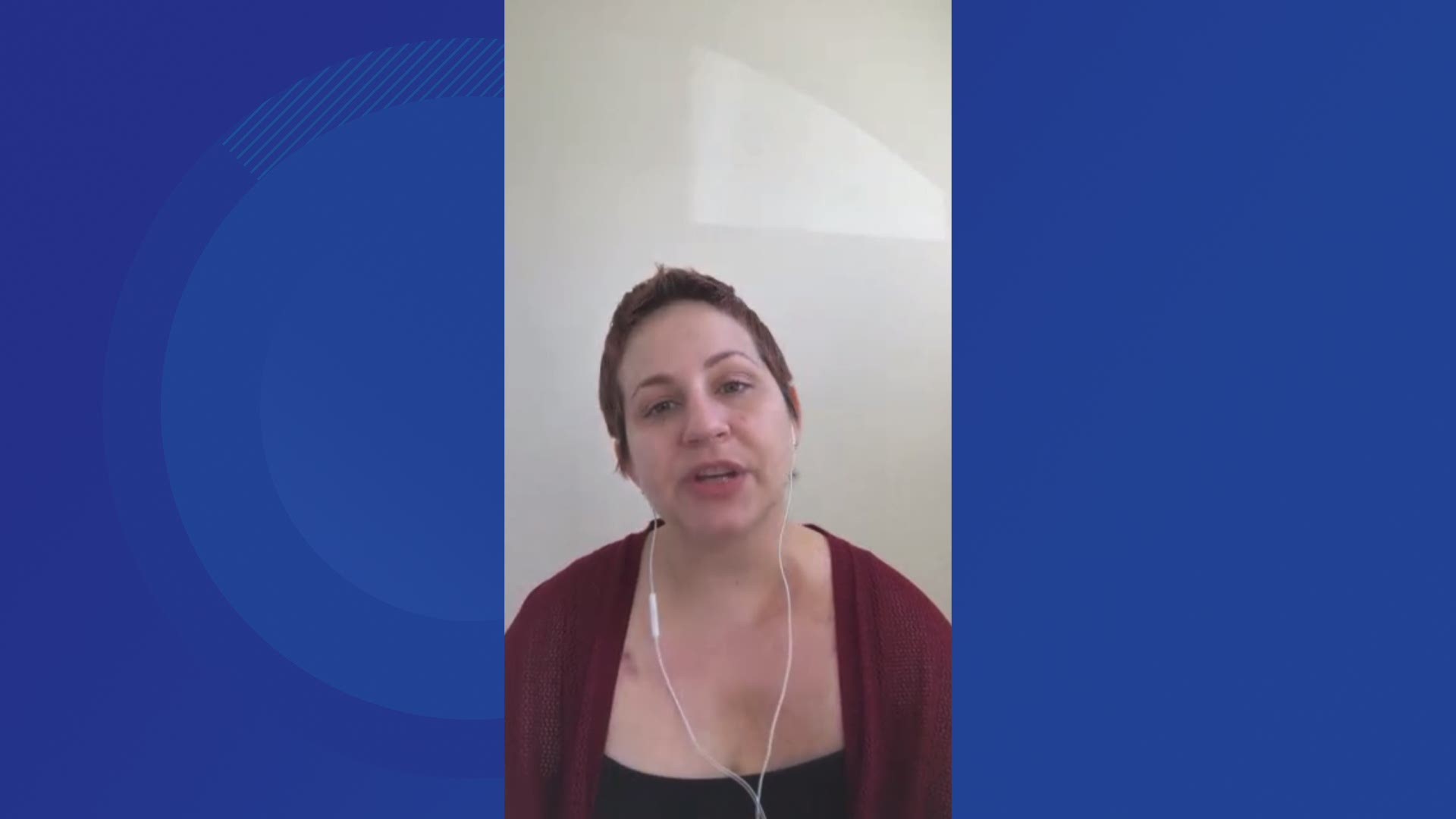 The color has become internationally recognized as the symbol of breast cancer, a disease that affects one in eight American women.

Those women know breast cancer is much more than a bright color.

"I think that a lot of people just, you know, they think of breast cancer, they're like, 'Oh, the pink little fuzzy ribbon and it's so pretty and cute' -- but in reality, it's not," Mirelys Jimenez said. "There's nothing pink about breast cancer."

Jimenez, of Las Vegas, is setting out to tell the real story of breast cancer using two things: a camera and her voice.

Mirelys Jimenez took her bandages off at the hospital and looked down.

"I had seen pictures of mastectomies, but it's kind of difficult when you look at your own," Jimenez explained. "And then I didn't find a lot of images online of women who look like me, with a uni. That's what we're called when you only have one breast left."

Jimenez, who goes as MJ, wanted to promote confidence after diagnosis.

While dealing with some of the side effects of her cancer treatment, she started the HOPE photo project. It began with eight girls from a support group called 'HUG girls' -- the Hope United Girls.

Two assistants, makeup artists, and a hairdresser stepped in to volunteer their time for the project, which offers a raw and honest look at breast cancer's effects on the human body. It's meant to empower survivors to be comfortable in their own skin and educate others without shying away from the images. The images offer an unfiltered look at how a person appears after a breast cancer medical procedure.

"The women who I photographed are actually my support system," MJ added.

WARNING: These photos may contain elements that may be considered sensitive to some.

She photographed herself after her port was installed to remember the moment forever as she stopped breastfeeding her son. Gradually, MJ's photos began drawing emails from around the world.

"I slowly started to get comfortable with taking pictures of myself and posting them, and the feedback that I got was really positive," MJ said. "It was really good, there was a lot of women who reached out to me and told me, wow, that's great, you look like me, or I look like you, or you're so strong, thank you, you're so courageous, you're so confident -- when in reality, I'm not."

The start of her personal journey

MJ is the proud mother of three children. There is an age gap of 20 years between her oldest son and her other two children, a boy and a girl.

Not being able to breastfeed during her cancer treatment ranks among the most devastating parts of her battle.

"Cancer robs you of that connection with your child," she explained.

The most resounding point she reiterated is that that breast cancer is 'not pink' and that there is not enough funding for higher level stages of breast cancer.

Dealing with stage 3 and above

MJ started her journey with stage three breast cancer at the young age of 39, the day before she turned 40. She has dealt with a whirlwind of side effects from the chemoradiation.

"Stage 4 metastatic breast cancer is what women die of," she said.

She is a staunch advocate for early detection as well as younger detection.

"And now this new thing where they're trying to change mammograms to age 50 -- that's insane, that's ridiculous," MJ said. "I was diagnosed at 39, my tumor was growing for a year before I was properly diagnosed."

MJ wants to inspire women to realize they're not alone.

Right now, she is cancer free -- although she's not out of the woods yet.

"I'm triple negative. That's a crazy type of cancer because it is very unpredictable," she said.