Toddler chokes on popcorn, has emergency surgery the next day

A mother is warning other parents after her child was rushed into surgery to remove six pieces of popcorn. 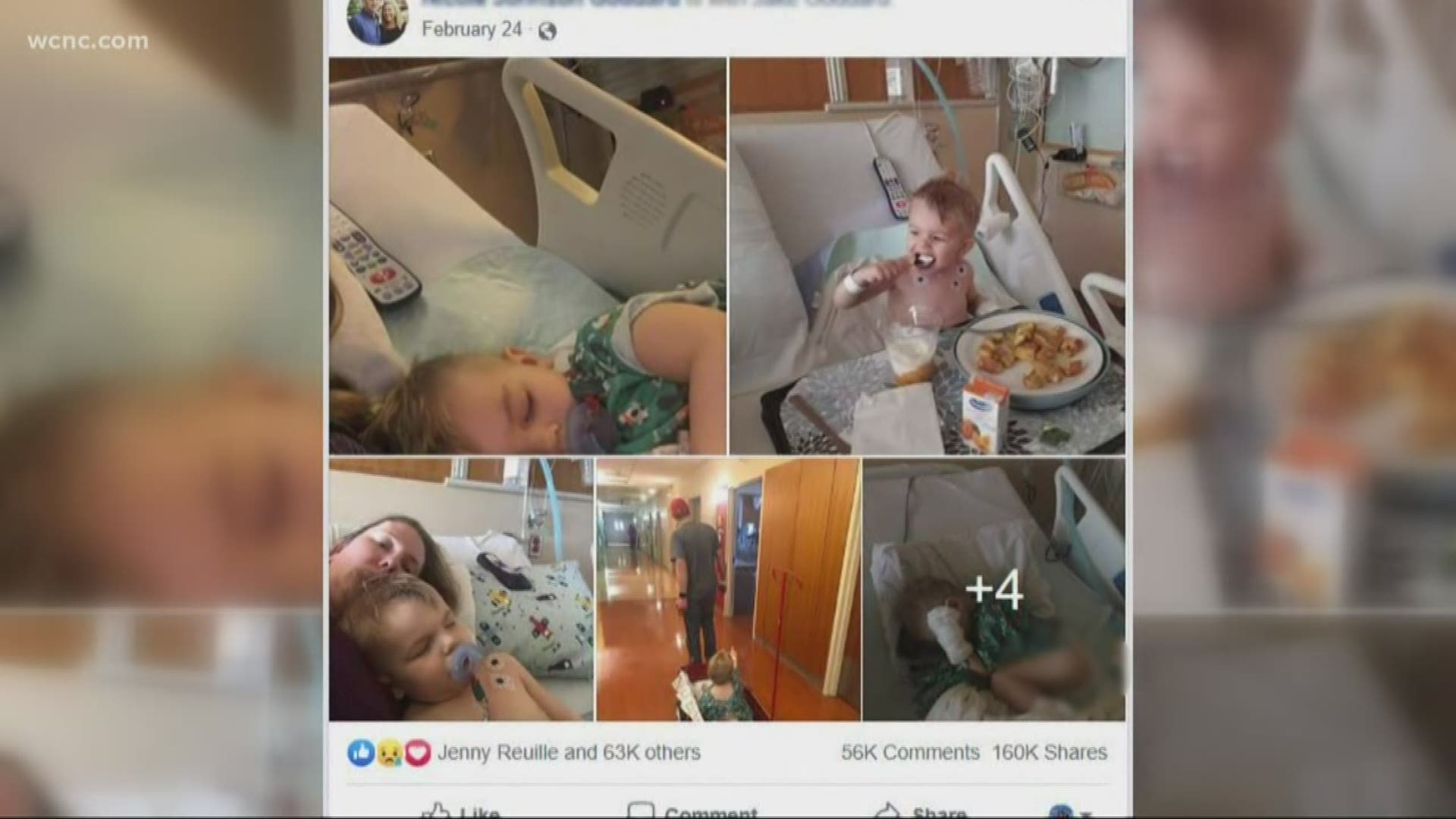 A mom enjoying a Saturday night at home watching a movie with her family never dreamed a simple snack would force her toddler into surgery.

Nicole Johnson Goddard of Denver, Colorado, posted a warning for parents on Facebook that has since gone viral. It's been shared more than 160,000 times.

The post explained the scary situation she went through with her 2-year-old son, Nash.

"I wanted to share our experience because as I’ve shared the story so many people were shocked and unaware of the bad effect popcorn can have on a toddler," she wrote.

Earlier this year, the family was having popcorn while watching a movie. Nash started choking, then stopped, and everything was fine, according to Goddard.

"The only thing we observed was a cough he developed after the episode. The next day he was fine but still had a weird sounding cough which concerned me a little. I just assumed he was catching the same crud we had all been going through," she explained.

The following day, Nash started running a fever, according to his mom. She gave him some Motrin, but when he started having trouble breathing, she knew she had to act.

"I called my pediatrician immediately and said Nash needs to be seen ASAP," she wrote in her post.

Goddard said the doctor took an x-ray and didn't like what he saw -- telling her Nash needed to have a bronchoscopy.

"He had aspirated popcorn into his lungs when he choked," Goddard wrote. "The body recognized it as a foreign object and put puss pockets around it. All the inflammation caused him to develop pneumonia in his left lung. During the procedure, the doctor got out 6 pieces."

A second procedure was done to get out more.

However, popcorn, grapes, and other foods are on the list of foods not to give to children four years and younger, according to Nationwide Children's Hospital.

"Grapes, hot dogs, baby carrots, if they get buttoned off at the right size, that's the perfect size for a child's airway. It fits perfectly and that is a choking hazard," said Dr. Erin Washburn.