Could Tampa be at the center of a cure for cancer? 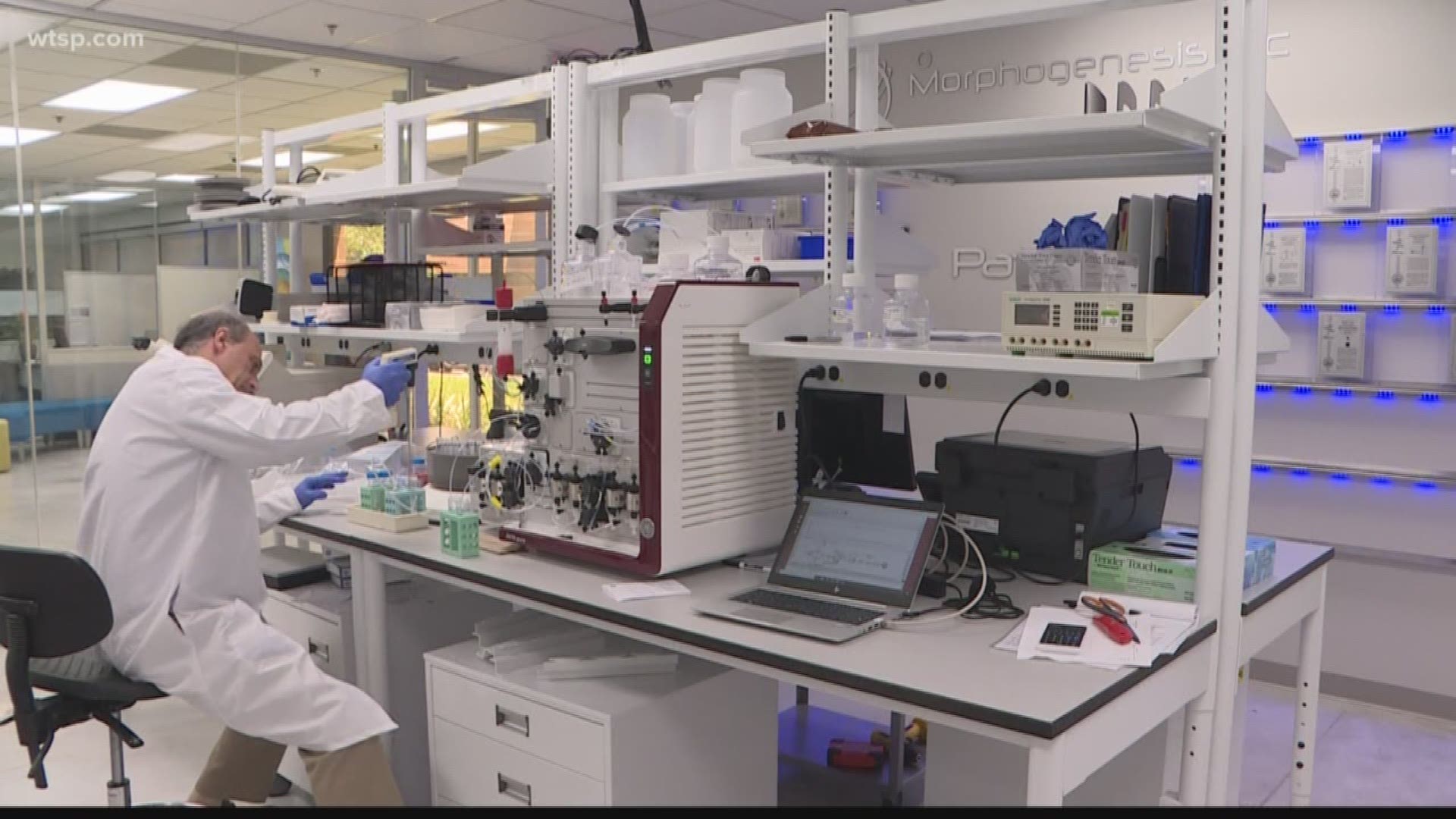 TAMPA, Fla. — Chances are you or somebody you know has battled cancer.

But, did you know a potential treatment for the disease is being developed right here in the Tampa Bay area?

“Yes, we think it’s a really good opportunity for patients to try something that’s probably not going to hurt them, but it could very well help them,” said Lawman.

The vaccine works by placing a bacterial gene into a patient’s tumor cell. That gene, they say, acts as a beacon, activating the body’s own immune system, which then bombards the tumor with antibodies.

RELATED: What if our bodies could fight cancer on their own? A local lab hopes to accomplish this.

RELATED: Tampa company is testing a cancer vaccine on humans

“And then, those millions of cells, the T-cells, go wherever those tumor cells are,” said Lawman. “So, we may inject one tumor, but the effect is systemic, it’s the other tumors as well.”

Unlike hours of toxic chemotherapy and radiation that weaken the entire body, the vaccine takes about 30 seconds to inject directly into the tumor and then spreads on its own.

“And that’s it,” said Lawman. “That is the treatment.”

The location for the human trial in Tampa opened at Moffitt Cancer Center a couple of weeks ago, and four more sites will be spread across the country.

Morphogenesis is still accepting patients for the clinical trial.

To participate, a person had to have at least one injectable lesion, and their cancer has to have progressed despite trying other therapies or treatments.

Eventually, Morphogenesis is planning a second phase  which should last about a year and a half, with 160 patients receiving the seven weeks of treatment.

There’s still a long way to go, and it’s far too early to say how much the treatment would cost, says Lawman, but if the data comes back positive, Morphogenesis hopes to get to ImmuneFx to skin cancer patients in about three years.

“It’s been a very rewarding journey,” said Lawman. “Even up until now.”