The annual 5K in downtown St. Pete raised more than $259,000 for research, clinical trials and support for families of loved ones diagnosed with pancreatic cancer. 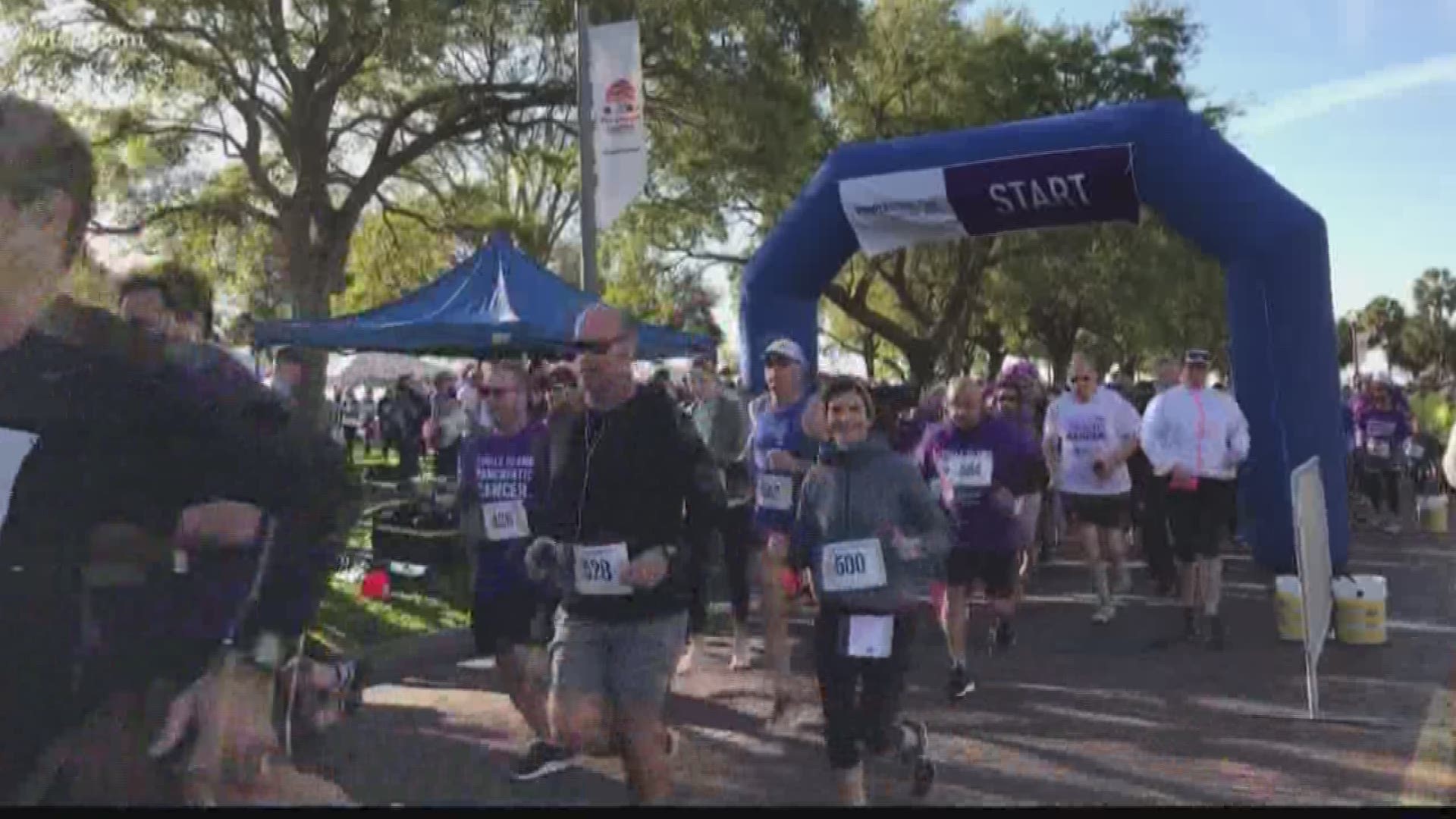 ST. PETERSBURG, Fla. — When Stephanie Mullin’s father was diagnosed with pancreatic cancer in 2014, she initially didn’t know where to turn for support.

Very few people were familiar with it, she said, given that it had historically been seen as one of the more rare cancers—accounting for about 3 percent of all cancers.

“Just the fact there was a live person on the other end who was passionate and caring,” she said.

In the years since Mullin's father’s death, pancreatic cancer has rapidly become one of the leading causes of cancer deaths.

In wake of Jeopardy host Alex Trebek going public with his stage-4 diagnosis in 2019, Mullin believes it has increased awareness significantly.

"I think people are starting to realize this is something that’s affecting a lot of people and they want to get involved," she said. "There’s still so much that can be done."

That awareness was apparent Saturday morning at Vinoy Park in downtown St. Petersburg. More than 1,400 people participated in the Pancreatic Cancer Action Network Tampa’s ‘Purple Stride.’ The 5K race raises money for research, clinical trials and support for families with loved ones battling the disease.