Florida leads the nation in dengue fever-related cases. What is it?

Hillsborough County health leaders are urging people to protect themselves by getting rid of any standing water around their homes and yards. 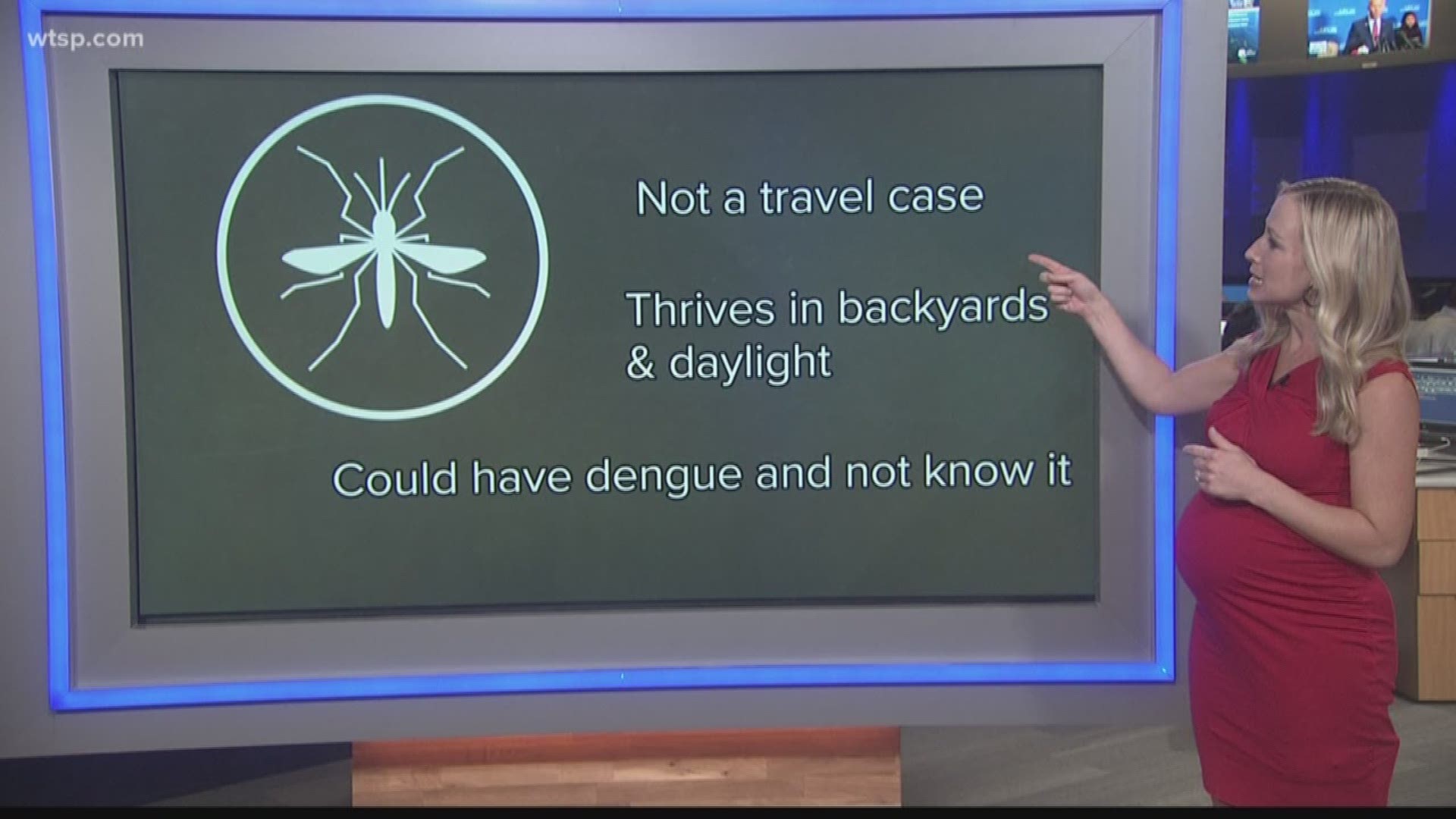 HILLSBOROUGH COUNTY, Fla. — The Florida Department of Health in Hillsborough County confirmed the first local case of dengue fever in the county.

In the 17 other dengue cases the county investigated in 2019, all were related to travelers who returned to Hillsborough County and became sick.

Once the health department determined that a mosquito in the county was the cause of infection, Mosquito Management Services of Hillsborough County began knocking on doors to educate the public and look for any potential breeding areas for this type of mosquito.

Because Aedes aegypti, the type of mosquito carrying dengue only travels roughly 100 yards, the mosquito control teams could work aggressively in a very targeted area.

"It's unlike any other mosquito that we deal with in that it really doesn't like a natural habitat. It doesn't like to lay its eggs on soil.  It likes garbage. It likes trash. It likes cans and buckets and tires that are just thrown out in the backyard. Rain gutters that aren't draining properly. That's what this mosquito thrives in," explained RJ Montgomery with Mosquito Management Services in Hillsborough County.

The health department would not reveal the specific area where the dengue case was reported, citing privacy laws.

Instead, county spokespeople are urging everyone who lives in Hillsborough County to be on alert and take steps to stop the disease from spreading.

READ HERE: What is dengue fever?

Ashlee Freemon, an epidemiologist with the Florida Department of Health said, "The mosquitoes don’t inherently carry dengue. They have to bite someone who’s already infected and then that mosquito will bite someone else who wasn’t infected and infect that person with dengue."

READ HERE: How to keep the outside of your home mosquito-free

Not only do dengue-carrying mosquitoes thrive in backyards and daylight, but only one in four people infected with the disease will show dengue symptoms. That means someone could carry and spread the disease without knowing it.

Freemon said the person with dengue in Hillsborough County has been advised to stay indoors for the next two weeks and do everything they can to not get bitten by a mosquito who could then bite and infect someone else.