A yard memorial to honor the victims of 9/11 draws people to a Spring Hill neighborhood to pay respects. 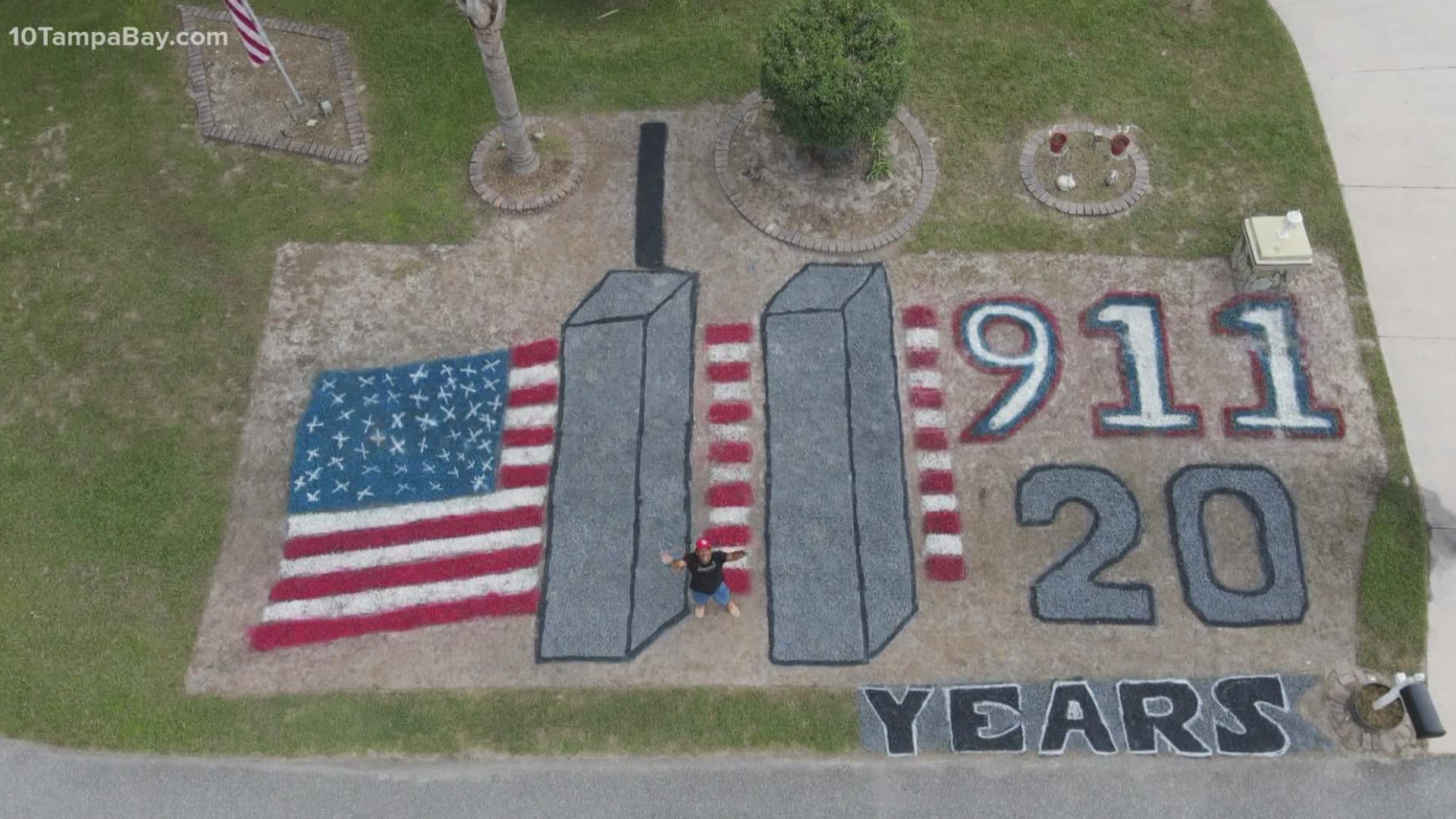 SPRING HILL, Fla. — As we remember the 2,997 people who died on 9/11, a Spring Hill man transformed his yard into a tribute, marking 20 years after the attacks.

This is Diego Gomez’s 15th year painting his yard in memory of the victims.

He moved to New York from Costa Rica and became a naturalized citizen two years after the attacks. While he didn’t know any of the victims, it’s his way of paying respects year after year.

“Doing this makes me more human," Gomez said. "It shows we care about what happened in our country, and to give strength to those families who lost those people."

His wife said it was a labor of love for her husband and he never complained once.

“It makes him happy," she said. "Even though it took three days out there in the heat and he just loves it."

People who live in the area look forward to seeing the yard tribute. It’s become quite the popular house to drive by.