After the terrorist attacks of Sept. 11, 2001, many people of Muslim, Sikh and Islamic faith were targeted in the United States. 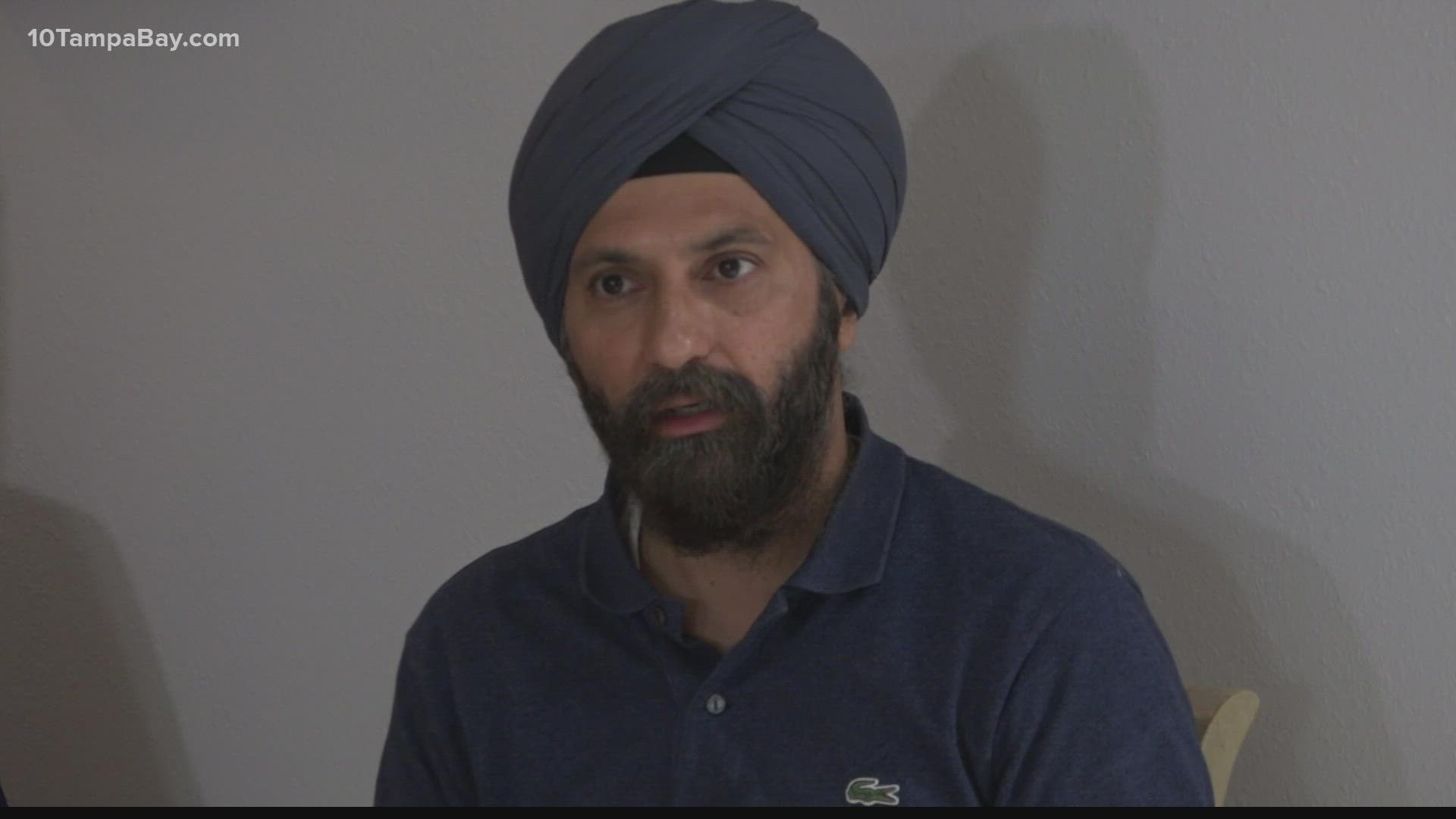 TAMPA, Fla. — The tragic events of Sept. 11, 2001, brought many people together to show strength and unity in the face of terror. For some, that day represents the shift in their American identities.

After that day, many people with Middle Eastern roots and people of Sikh and Muslim or Islamic faith were targeted for their appearance.

The coordinated attacks were planned by the militant terrorist group al-Qaeda. One of the leaders of that group, Osama bin Laden, was recognized by many Americans for his long beard and turban. The turban that men of Sikh faith wear quickly became a target.

"They said to me Osama bin Laden, go home," said Dr. Dhanna Singh Malhi, a member of the Sikh Society of Tampa Bay.

He says his turban has always been a target of discrimination but after 9/11, the vitriol directed at him became more common. His story is similar to many others of the Sikh faith.

"When I started traveling again a few months after the attacks, the 'random checking' at the airport became a little too random," Marwah explained, injecting humor into his recollection of being stopped at TSA several times, even with TSA precheck privileges.

Paramjit Singh even created a t-shirt to wear specifically when he was at the airport. The shirt, navy blue with white lettering, lists answers to questions he was often asked by airport security officials, "This shirt which I wore to the airport frequently, answering three main points: where I'm from, what's my citizenship level and what my religion is."

10 Tampa Bay reporter Thuy Lan Nguyen spoke to more than a dozen members of the Sikh Society of Tampa Bay about their experiences after 9/11. Some were targeted in school as elementary students, others were targeted by verbal threats, one was even shot at while driving.

Despite the rise of discrimination, many people cited the incredible kindness that was shown to them.

"At the same time of all of this, there were many, many good people that came to stand by our side," said Ravinder Singh, a teacher.

Her husband, Paramjit Singh, worked in the aerospace industry and said many colleagues and bosses emailed him to let him know he would have a safe space to report any discrimination directed at him and to tell him if he needed time off to process the events, he could take it. The Singhs also received support from leaders at their children's schools after they were victims of bullying related to 9/11.

"It was so hurtful to see people that knew you suddenly turn away and not want to talk to you and look at you with anger, that I'm the terrorist and that I'm responsible for the attack but it was so nice that other people, especially some of my patients, would come say to me 'Dr. Glamour, I will protect you if anyone tries to hurt you' and show their support," said Dr. Tejinder Glamour, a gastroenterologist with offices in Tampa and St. Pete.

Dr. Glamour, as well as many others we spoke to, said education is the biggest takeaway from their experiences. They want to teach others about Sikhism, answer questions people may have about their beliefs, their customs and their culture.

If you want to learn more about the Sikh Community in Tampa Bay, you can learn how to attend community events or services here.

RELATED: What is Sikhism? Breaking down an often-stereotyped religion

RELATED: 'I did everything I could': HCSO training specialist reflects on serving as 9/11 first responder

RELATED: Hillsborough County teacher explains 9/11 to students who weren't born at the time