Juneteenth: The history, the liberation, the celebration

June 19 marks the day the last slaves in Galveston, Texas found out they were free. 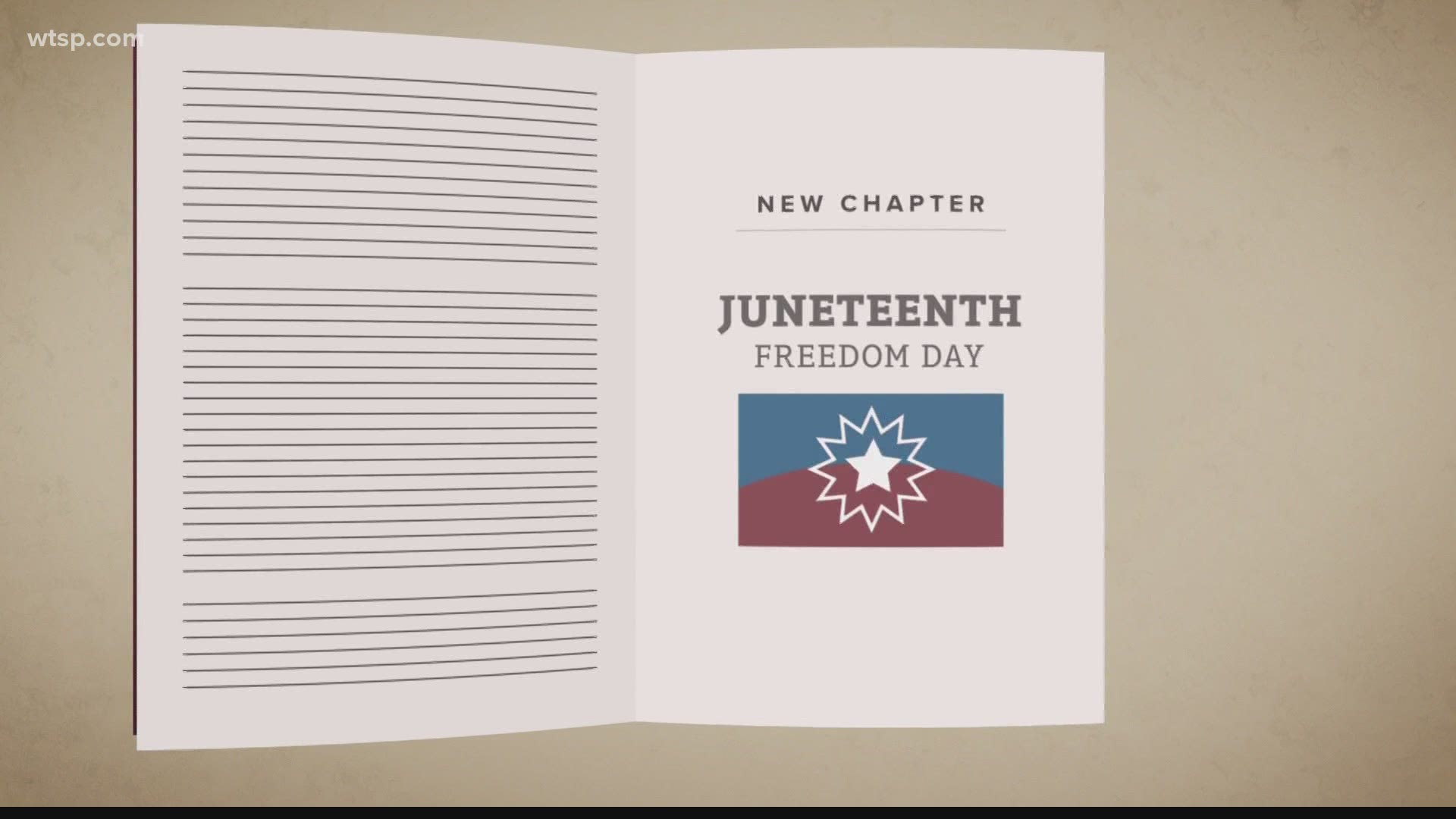 TAMPA, Fla. — Juneteenth: it’s a celebration that’s getting more attention amid racial awakening nationwide, but what is the history behind the holiday?

NOTE: This conversation has been edited for length and clarity

Reporter: The Fourth of July is a well-known holiday for obvious reasons, but Juneteenth has its roots in another type of independence. Can you explain?

Fred Hearns, local historian: Juneteenth, June 19, 1865, represents the last date on which African Americans were informed that they were set free, that they had been liberated by, of course, the Emancipation Proclamation, which actually was supposed to go into effect on January 1, 1863.

Reporter: The Emancipation Proclamation did not truly set all slaves free. Why is that?

Kenneth McElroy, history teacher and activist: When President Abraham Lincoln did the Emancipation Proclamation, it was a military strategy. Definitely a military move. Initially, in 1863, it was more aimed at destabilizing the Confederacy. So, many slaves had escaped the Confederacy, and they were going to union lines. Also, the Emancipation Proclamation applied to Southern states. It was not aimed at those border states at all.

Reporter: Many African Americans have begun to take more comfort in celebrating Juneteenth over July 4th. Can you talk about the reasons behind that?

McElroy: We know that Thomas Jefferson wrote in the Declaration of Independence that all men were created equally. So, we celebrate this holiday on July 4th, but the thing is that Black people at the time, many Black people, were slaves.

Reporter: What about African Americans in Tampa?

Hearns: A lot of people don't know this, but freedom came to some 100 enslaved Africans in Tampa on May 5th and 6th. It was early in the morning of May 6, 1864.

Reporter: So, for many Black Americans--independence started with the end of slavery---marked by the Juneteenth celebrations we're starting to see more of in this age of social consciousness?

McElroy: That's what we celebrate as the independence day for Black people because that's when we were free and that's when many other fights that we had to have, began.

RELATED: How to celebrate Juneteenth across the Tampa Bay area

RELATED: What is Juneteenth? Marking the end of slavery in America