How many screens do you have in your home? 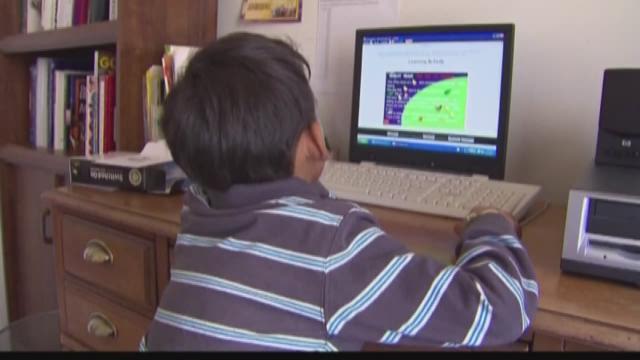 How many screens do you have at your home: televisions, smartphones, computers and tablets? A new study finds the average home as 7.3 screens.

So many digital devices and screen time can impact our kids, health, and social interaction.

Reyes hits right at the average, according to the new study by ReportLinker.

It's even more for the Sosa family of 4. “Three tv’s in the house, four computers, two tablets, and my husband and I each have a phone. That seems like a lot,” says mother Donna Sosa.

That also means a lot of screen time!

“We play Minecraft together, because and we can play together on it,” says 8-year-old Johan and 6-year-old Nathalia.

“He would play day and night if I let him. We have to limit it,” says Sosa.

The study finds 45% of children who have devices in their bedroom use them 3 to 5 hours a day.

Excessive media use may lead to attention problems, school difficulties, sleep and eating disorders, and obesity.

Presley Stavinoha, 6, says she'd stare at a screen if she could 10 hours a day.

The survey shows 75 percent of parents believe their kids relationship with technology is positive, promoting school readiness. 31 percent worry their kids are more isolated and have fewer social interactions, because of the tech time.

“She wanted to watch the TV and use the iPad at the same time. We had to create some boundaries for her,” says Presley’s mother, Nicole Stavinoha.

Another study finds adults can be worse with screen time spending as many as 9 hours a day looking at devices. While some of that is work time, it can mean less exercise, tech addiction and impact parents’ relationships with their kids.