Earlier this week the church told its members an “inspiring service” is planned with a “brief conversation” between Kanye and Joel. 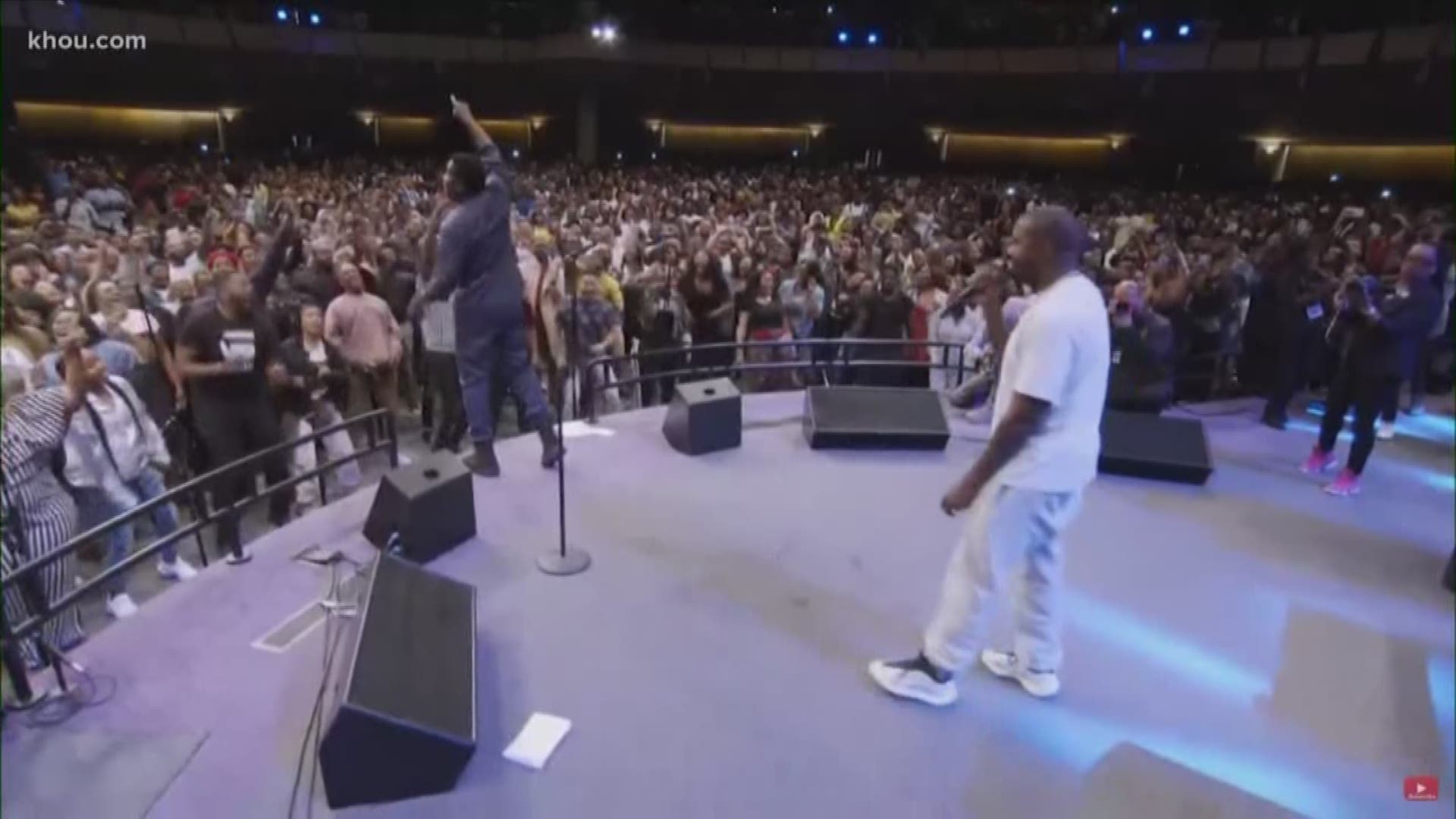 HOUSTON — Tickets to see Kanye West at Lakewood Church in Houston this Sunday are sold out.

The free tickets were available to the public on Ticketmaster at 10 a.m. Saturday. Several viewers said the tickets were all gone in less than 12 minutes.

Below is the itinerary for West's visit:

Time: 11:00AM CST | The 11:00AM service will include a conversation between Joel and Kanye about overcoming adversity and his faith journey. The service will be streamed Live on Facebook, YouTube, LakewoodChurch.com, the Lakewood Church App, and on SiriusXM’s Joel Osteen Radio channel 128 and on the SiriusXM app. The morning service and parking is free and open to the public.

This is a FREE event, but attendees must have an e-ticket. An e-ticket can be obtained through TicketMaster.com or the TicketMaster App beginning on Saturday, November 16. The evening Sunday Service will include musical performances with Kanye West and his choir. It will be streamed Live on Joel Osteen Facebook, YouTube, LakewoodChurch.com, the Lakewood Church App, sundayservice.com and on SiriusXM’s Joel Osteen Radio channel 128 and on the SiriusXM app.

The church confirmed Thursday that Lakewood members will get early access to the tickets.

The church said a special limited number of tickets will be released on Friday for Lakewood members.

Church members will receive and email with a special access code.

Lakewood Pastor Joel Osteen invited West to his church about two weeks ago. It was soon after the release of the rapper’s gospel album called “Jesus is King.”

"It’s only available digitally right now," said Cris Acuna of Cactus Records. "But we’ve had several people asking about it.”

Acuna has also been a longtime Kanye West fan. But she isn’t planning to make the short drive to Lakewood Church this weekend.

“I have many reservations about the whole thing," Acuna said. "It seems kind of weird to me.”

West has conducted Sunday services on his own property in California in addition to venues around the country. He's even performed on the street.