A woman from central Florida spent most of her life being sold for sex by her mom's drug dealer. 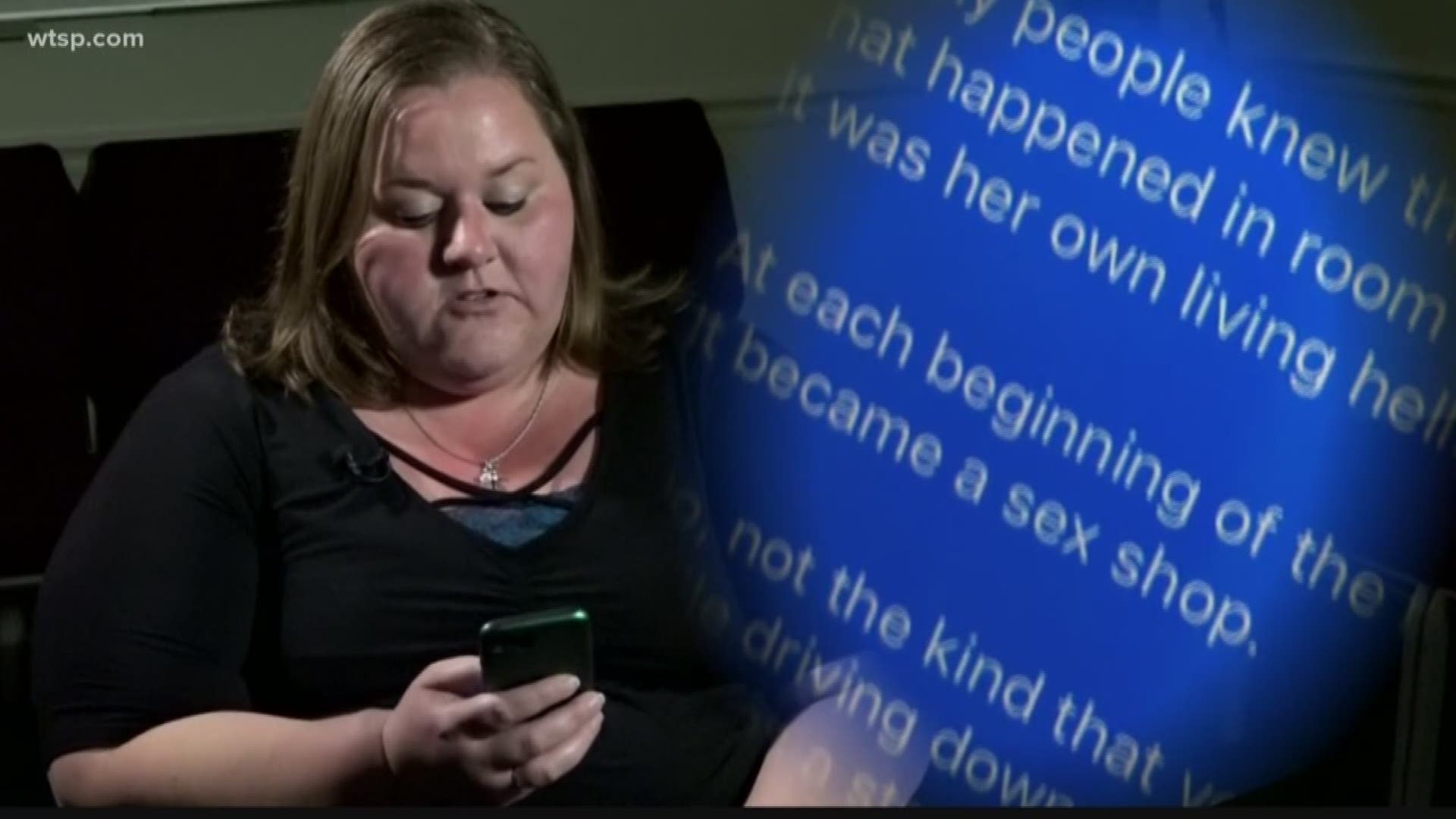 TALLAHASSEE, Fla. — Human trafficking has long been a problem in the state of Florida.

A Tampa man was arrested after he dropped two women off at a motel. In Sarasota, two men dropped a woman off for prostitution and then offered to sell an undercover detective drugs to give to the woman.

Savannah Parvu shared her testimony in Tallahassee over two legislative sessions trying to get the bill passed. She was sold for sex in central Florida from the time she was 11 years old.

Now, she's not only an advocate, but she's been appointed by Attorney General Ashley Moody to the Direct Support Organization for the Statewide Council on Human Trafficking, a new initiative to come out of the new Florida law.

Parvu will work closely to help survivors integrate back into society.

"I never would've ever believed it would ever be possible for me to be doing all that I am," said Parvu.

The council will hold its first meeting in Tampa on Aug. 21.

In the meantime, the Pasco County Sheriff's Office is in charge of spearheading the training for hotel and motel workers statewide.

The Tampa Police Department is already looking at how to combat human trafficking at Super Bowl LV in 2021.

Andrea Hughes, a Tampa police detective, has already traveled to Miami to observe their preparations ahead of Super Bowl LIV.

"Our ultimate goal is to try to recover as many victims that are involved in human trafficking," explained Hughes.