We first met Laura in May, when her father shared his story about trying to make special shoes for Laura’s deformed feet. 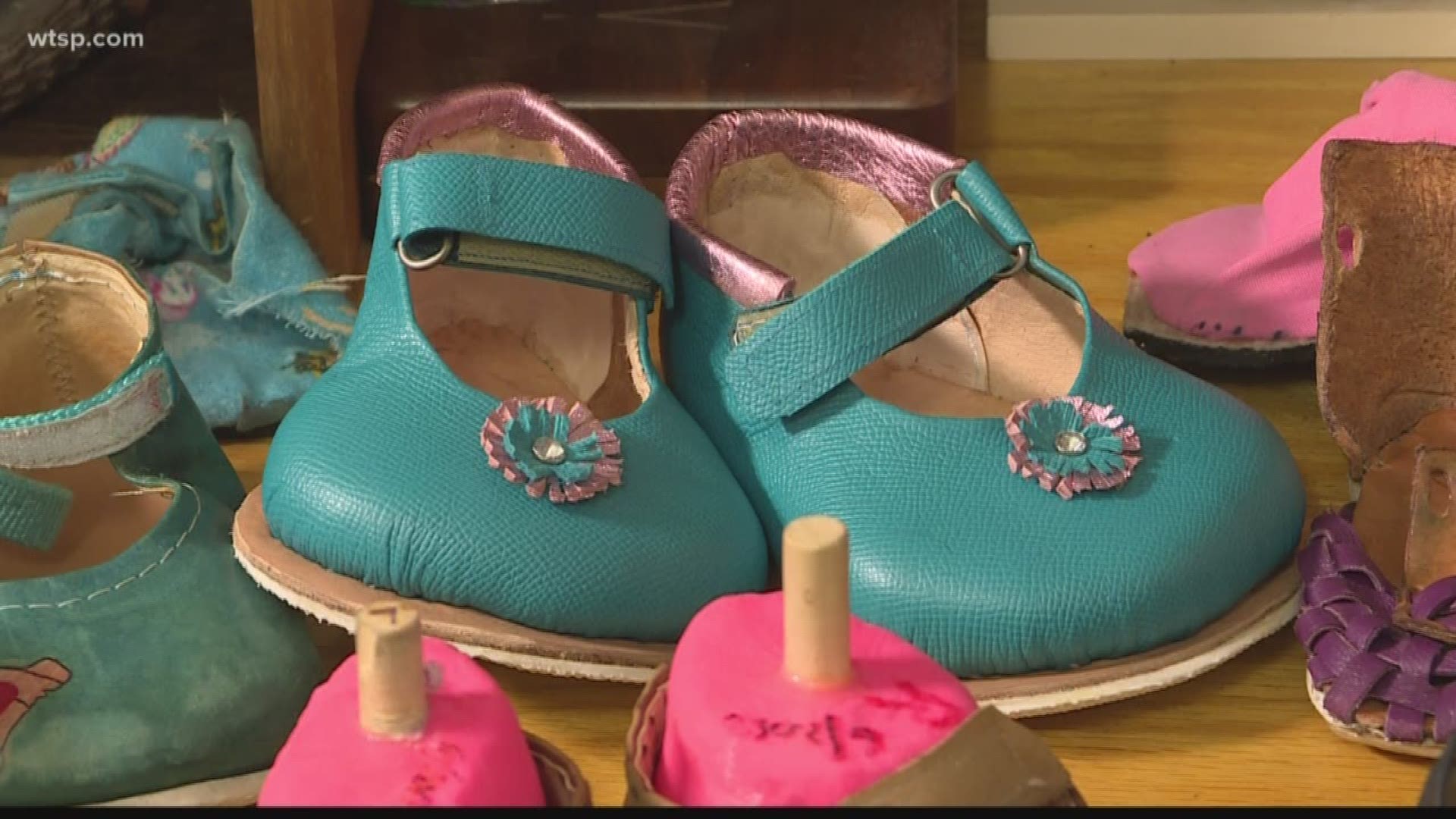 Life looks a lot different today for Laura Stephan than it did seven months ago. She only needs to look down at her toes for proof. The Palm Harbor second-grader has a half-dozen new pairs of shoes in her closet.

We first met Laura in May, when her father shared his story about trying to make special shoes for Laura’s deformed feet.

“You don’t always get to pick where life challenges you,” Tom Stephan said back then, while holding a pair of worn-out shoes in his hand. “I’m proud of how far I’ve come. I think I can do a lot better.”

If only he’d known what was to come.

Tom spent his summer learning about making shoes. He visited Shoe School in July after friends and family raised the $5,000+ needed to get him to Port Townsend, Wash. to take the lessons.

“I’ve cried more in the last week than I have the last 10 years,” he said, overwhelmed with support, “I still am.”

Two weeks before the trip, he and Laura were surprised by a boot maker from Henrietta, Texas. Matt Defer, who saw our ‘On The Road’ story via Facebook, contacted Tom to see if he could help. He got Laura’s foot measurements and made her a pair of custom boots with pink stitching.

The entire year has changed the trajectory of both men’s lives.

“I’m just letting it all be in God’s hands because if it was up to me I couldn’t do it,” Matt said Monday via FaceTime chat. “Helping out people is the best reward you’ll get. It’s way better than money.”

In June, while on the drive back home from Florida, Matt met another child just like Laura at a rest stop in Tallahassee. He took measurements and decided to help that child, too. He’s even working on a shoe order for a child in Africa.

The entire experience changed his life. Defer now hopes to establish a 501c3 nonprofit group to make shoes for people with misshapen feet full-time. He and Tom chat weekly.

“Most of my meals growing up as a kid came from nonprofit organizations. My mother and father worked at one all my life,” he said. “Now, it’s 'How does Matt start his?'

“For me to build a shoe and change a life? I didn’t think that was possible.”

Nikhil Patel, who is a University of Florida student and helped organize a Go Fund Me fundraiser for Tom’s Shoe School trip, made a return visit to his house during his 2018 winter break from school. He was impressed by the progress Tom had made since May.

Tom received support from all over the world after people heard his story. He got foot molds from Siberia and was sent a pair of leather shoes for himself by a company in Europe because the founder was so impressed with Tom’s passion.

“I hope to be able to help somebody else if that opportunity arises,” he said.

The opportunity has presented itself already.

Tom met a college student named Izzy at the Hands to Love camp Laura attends each year. Izzy has nearly the identical foot shape as Laura. He got measurements and sent a prototype to her hometown of Orlando over Christmas break. He even made a pair of shoes for his wife so she and Laura would have matching pairs for Christmas.

Long distance chats have become the norm for Tom and Matt. They have spoken weekly since meeting six months ago. Now, their conversations revolve around how to help others in a big way.